My 'Radical Feminist' Coming Out Story 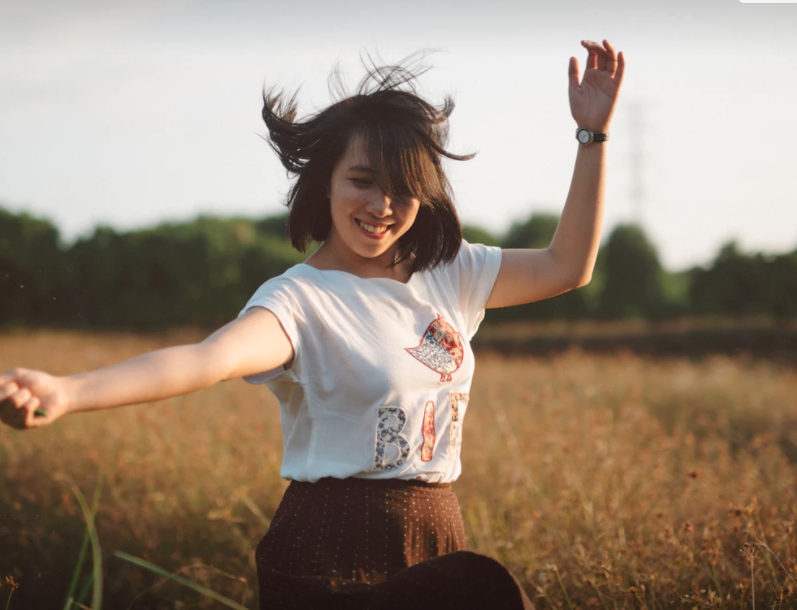 #YouKnowYoureAFeministWhen… It’s the punchline to a good joke. It’s the start of catchy Twitter hashtag. Right?

A few years ago, I was debating with a friend why I didn't want to “be a feminist." I justified my disinterest with things like, “But I don’t hate men," and “I really just think everyone’s entitled to their own opinion." (Read: I was young and ignorant.) Then, years later in a class I was taking, I heard a peer share that her artwork was criticized for being "too radically feminist" — which really shocked me. “Simply” identifying as a feminist sometimes feels like a full-time job, and it’s not always clear what you’ll encounter when you proclaim “I’m a feminist!"

When I reflected back on how I became the friend that gets the advance briefing about which touchy subjects to avoid before social gatherings, or which political views of my friends’ partners I’m going to disagree with, so that my passionate perspectives don’t ruin the evening, I credit feminism. I credit emotions, learning, hair, and sexuality; through insights I gained related to these topics, my “radical feminism” emerged.

When I was growing up, I learned that feelings are too big, and too intrusive. Feelings ruin evenings. Feelings end in exhaustion; they don’t ever end in resolution. I learned to retreat instead of express myself. Since then, I’ve spent the majority of my life suppressing, silencing, or minimizing my feelings. They were mostly made of up complacency — a feeling which felt good. Conversely, there was out-of-control happy, out-of-control sad, out-of-control angry... and those feelings didn’t feel good. I learned that numbness can be an everyday, acceptable feeling, and that being numb can carry you for a really long time.

When I was a teen, I was prescribed birth control to literally tame my raging hormones. I mean, to alleviate the extreme bandwidth of emotions I was experiencing. Over a year ago, I stopped taking birth control. There were so many things that prompted this decision: sexuality, sexual agency, and vain ideas about body image and weight — to name a few. Yet, none of these legitimate reasons prompted this choice. Instead, it was because I wanted to feel again. I eventually learned what it felt like to be supported regardless of what I was feeling, and how warmth can be generated from supportive relationships. I craved more of that feeling, and I felt I couldn’t get it while taking birth control.

Society has a way of criticizing women for being “over emotional," and simultaneously praising women for their nurturing, caring, and sensitive demeanor. That’s confusing. Medication was one way to subdue my emotions so the world could handle me. When I stopped taking medications, and allowed myself to feel, sometimes it was invigorating, but most of the time my head was spinning. For a long time, nothing felt in control ever. However, after a while, I learned how to respond to these feelings, and it wasn’t nearly as overwhelming as I remembered.

I’m still doing the work to recognize, respond to, and feel — literally — what emotions feel like. Sometimes that means getting on a soap box, ranting about how frustrated I feel when women at my office complain about the actual, never-ending supply of candy, and the perpetual body shaming and food shaming. Sometimes that means saying when someone hurts me, and calling them out even if it’s uncomfortable. And sometimes that means recognizing when I’m happy, and sharing that joy with others!

The point is, once I started allowing myself to feel, I allowed my opinions to be valid, and spent time cultivating self-awareness — including learning about myself and my opinions about feminism. I realized there were so many injustices that made me absolutely livid inside, and I charged toward advocating for justice and equity. I also gained some personal insight into what emotions mean for me, which is definitely a work in progress.

Both formally and informally, I started exploring feminism. I purposely entered conversations and classrooms where I’d be vulnerable, and where I knew the least. For example, I went to a Shabbat dinner planned to discuss racial justice. I learned from an inspiring group of mostly queer, Jewish people about our role in racism, and what we can do based on our intersecting identities, privilege, and oppression. In this and other contexts, as I learned more, I grew more frustrated about systemic oppression and inequality. (It’s true, ignorance is bliss.)

My unrelenting quest for information, and willingness to admit how much I don’t know gave me access to the language and tools to participate in some serious, mind-blowing educational opportunities. I asked my mentors everything, engaged in challenging dialogue, and listened when they recommended books or authors that I “had to read."

After a while, I was able to code-switch my way into any feminist conversation. I knew the “talk," and once I had the words, I could engage in even more dynamic conversations. I had access. This access curated a certain privilege among my other privileged, educated friends, and again illustrated for me how much I do not know. I was humbled and energized. A craving for information raged inside of me! I quickly decided I could never learn enough, and also the more I learned, the angrier and more motivated I became.

My commitment to lifelong learning sustains my raging feminist exploration.

Hair became a feminist issue for me when I traveled outside of the country for a summer. For seven weeks, none of the women shaved. The men on our trip were so disgusted with us, and they took every opportunity to constantly tell us. We withstood their commentary for a while, but eventually gave in just to silence them. If that doesn’t exemplify how hair is a feminist issue, I’m not sure what does.

The connection between body hair and feminism was reiterated for me when I was being physically intimate with someone new. It shouldn’t matter, but I didn’t expect to be doing anything with anyone that night, so I didn’t “prepare." At some point, he said, “Oh, you didn’t shave." I was really embarrassed, and recognizing that, he quickly said, “We’ll make it work." I was then appalled; as if I’m supposed to keep myself groomed, just in case a situation like this arises so I’m “ready!"

I’m not that kind of girl, and that sounds really itchy. I’m the kind of girl who gets her eyebrows done when it’s convenient, and shaves when I want my skin to feel smooth. I don’t care what others do or why they do it; my body hair isn’t anyone’s business but mine. When I finally embraced that, I felt empowered, and also obsessed. I noticed the implicit and explicit messaging about hair everywhere, and did the controversial, often opposite thing, just to defy norms.

For example, when my hair was long, everyone told me how beautiful it was when I styled it “just that way." However, I always wanted to cut my hair short. I needed something a bit edgy, something that took less energy to maintain, and something that felt more me. So, I did it!

When I first cut my hair, so many people approached me not to compliment me necessarily, but instead to tell me that I was “pulling it off." When I pushed them, I learned they thought that “it” was the “lesbian look," and they immediately associated my short hair with my queerness. Now that my hair is short, if I don’t style and straighten it, it’s called a “rat’s nest," and everyone comments on my crazy curls — they’re not impressed. I realized how directly tied to feminism hair really is. It’s connected to identity, social norms, and conventional ideas of feminine beauty.

I knew I was asexual the minute I adamantly protested the idea when a friend suggested it to me in my early twenties. I knew it the day my friend told me it was okay to not like penises, and I assured her “that wasn’t it." In a lot of ways, my feminism and queerness grew simultaneously. I felt comfortable coming out in writing first, because my favorite feminist writers were often queer folks too. As I learned about feminism, I recognized my values and my identities reflected in the topics other people were writing about. These writers and activists exemplified for me how to elevate and insert my voice into important conversations. My queerness is not the most prominent aspect of my identity, but being queer and owning it afforded me both a sense of connection and exclusion. The connectedness was electrifying. The exclusion made me feel enraged and small. And so, I wrote!

Owning my sexuality and feeling like I had an “in” to join the conversation was important to me. Recognizing my queer identity and understanding the privileges and limitations afforded to me because of how I identify caused me to cling to feminist values, and participate in the good, the bad, and the ugly of feminism.

Feminism gave me my voice. I was enamored with all I was learning — with the connection and the energy. It made me feel like it was possible for someone else to hear me. I became addicted to saying things, and having them matter to someone. I wanted to be seen, and to belong. I wanted people to recognize my identities, relate to me, and engage with me! My feminism burst out of me once I gained knowledge, and allowed myself the privilege of being recognized for and confident about who I am, and how my life works.

If you like this article, please share it! Your clicks keep us alive!
Tags
feminism
asexuality
emotions
hair and feminism
sexuality