This Election Cycle Has Ruined My Sex Drive 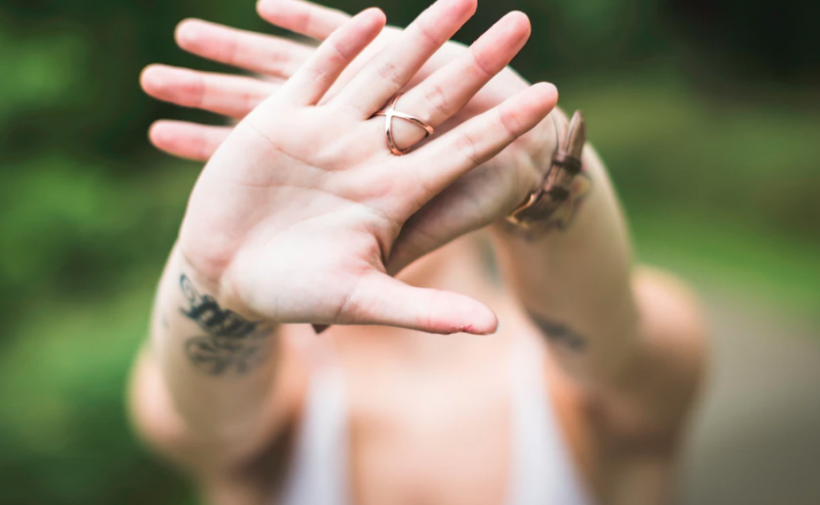 First of all, I’m no prude.

2016 has shown me that half of the country doesn’t give a shit about the personal safety of women (well, nearly 3 million people less than half, but enough to secure national leadership). A collection of forgiven assaults on women’s bodies has been growing over the years, culminating in a dense fog through which even the most hardy optimists have a hard time seeing.

The international outcry following Brock Turner’s pitiful sentencing for assaulting an unconscious woman earlier this year gave me some hope that, hey, maybe we are finally waking up. Maybe the scales are finally tipping in favor of seeing nonconsensual sexual contact as a bad, bad thing. Maybe the US can start to be less of an embarrassment when it comes to protecting people against rampant sexual violence.

Those hopes were repeatedly shattered amidst an election cycle rife with sexist bullshit, double standards, and normalized toxic masculinity.

The defining moment for me, the beginning of the end, the point at which my idealist views turned sour was the day #pussygate began to unfold. That weekend is seared into my memory as one of the most profound reminders that, because I have a pussy, I am simply not safe in the world. I remember desperately refreshing Google news to see how the world was reacting to the Republican presidential nominee saying it is okay to “Do whatever you want. Grab ‘em by the pussy.” Certainly this would be the end of his campaign, his empire, and his relevance. Certainly people would not stand for this.

And, for a few days, the outrage was palpable. I found relief in angry pundits shouting that these words, these actions, are unacceptable. A moderator clarified in an official debate that this man is bragging about sexual assault. His numbers drop off bigly, signifying that the public’s approval of such monstrosities followed the same downward path.

The pain of remembering and reliving the experiences of myself and of others reached its nasty tentacles into other aspects of daily life. I recognized that the men around me didn’t understand. Most couldn’t. Most didn’t even try.

This hunger for validating how other people were rejecting this misogyny was essential to help balance out a raging internal struggle. Under the surface, I was consumed with far more than the words caught on tape. I was being re-traumatized.

A few hours after the tape exploded onto the news, Kelly Oxford took to Twitter, asking women to share their own stories of sexual assault. “[T]hey aren’t just stats,” she said. The resulting wave of responses completely overwhelmed her and anyone tuning in, because of course it did.

Shit I hadn’t thought about in years came crashing back, like the creepy neighbor who pulled me onto his lap at my friend’s house at age 13, asked for a lap dance, and fondled my nipples. The guy who grabbed my ass when I was leaving a concert at age 14. The pitiful shit who pressured me into oral sex at age 15. The asshole co-worker who told me to “take off my shirt” while the rest of them laughed at age 18. The fuckface who grabbed my arm—hard—and pulled me to him when I was serving drinks at a bar at age 21.

The floodgates I had subconsciously built over time were crumbling inward. These structures had been necessary for storing all the objectifying, hurtful, and violent shit I had endured at the hands of men over the years. With these barriers, I had been able to process them at a speed I could actually handle—and lock them away when their weight became too heavy. Yet, in one afternoon, these gates had been destroyed. Not just for me, but for women everywhere.

The pain of remembering and reliving the experiences of myself and of others reached its nasty tentacles into other aspects of daily life. I recognized that the men around me didn’t understand. Most couldn’t. Most didn’t even try. Most didn’t even react to what was happening. Women poured their hearts out into essays and social media posts, receiving only support from fellow survivors. All this delivered a message that we are fighting this fight alone and those with the power don’t care.

Not only do they not care, they went ahead and elected the man who said he gets away with forcefully grabbing women by their privates because he is famous. And his minion, who thinks gay people are lepers and pregnancy should be forced on people by politicians.

What the fuck am I supposed to do with that?

And you’d better believe I don’t feel turned on.

With all this spinning around in the world and in my head, the last thing I want to do is open my legs for a man to penetrate me. Or to pleasure a man with any part of my body. Even if that man is my loving fiancé, who does listen, who does understand (as best he can), who does respect me through this ongoing turmoil. It is all too symbolic of the lifetime I have already experienced of being fucked and then told to smile and politely ask for more.

So, yes, my sex drive has plummeted during this year. Add it to the list of things the behavior of bad men have taken from women and then brushed off as “locker room” antics or simply “action.”

On top of this invasive theft, as a person of fertile age, I am also granted the terror of what my reproductive rights will be reduced to in coming years. My state just passed a 20 week abortion ban, after narrowly rejecting a 6 week ban, because fuck anyone with a uterus, right?

After a long time of struggling with hormonal birth control side effects, my body is finally adjusting to being off of it for 2 years. I can recognize the physical and emotional signals my body gives me that clue me in on my cycle. I have experienced a more equal playing field when it comes to contraceptives and who should have to worry about them. And, now, that all is coming to an end.

This year has terrified me into going back on birth control. Not only that, but I am considering an IUD because who honestly knows how long hormonal methods will be accessible, anymore. They can revoke my right to prescription BC, but they can’t reach up into my uterus and tear out an IUD. This is also coming from someone who is typically too scared to even try contact lenses because of their intrusiveness.

But, what other choice do I have? As I work on repairing my own self-image and sexual expression, I will always have to protect myself. In sex-ed, they tell us the things we have to fear from sex are STDs and unwanted pregnancy. For women, it is so much more than that. We risk violence. We risk trauma. We risk our bodies, minds, and rights being violated. We risk being reduced to incubators.

If these are the cards we are dealt, then fine, I will play with them. For now. But, I will also be hard at work changing the game itself.

If you like this article, please share it! Your clicks keep us alive!
Tags
Trump
reproductive rights
Sex
activism
Politics
women
survivors