Maintaining Your Mental Health While Coping With Trumpland 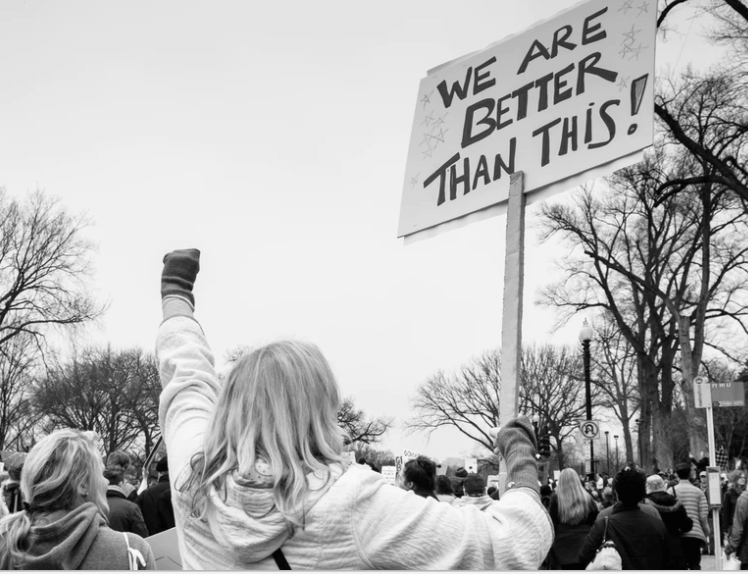 Give yourself some good ground rules for the next four years. (Image Credit: UnSplash/ Jerry Kiesewetter)

I was able to keep his persona at the periphery of my thoughts until he captured the Republican nomination. Then I hoped that he was a very bad joke that would go away with the election of Hillary Clinton, America’s first woman president.

That didn’t happen. Although Clinton captured the popular vote, that’s not how America decides the winner. (Note: Second time in sixteen years. Time to reexamine this vestige of 1787.)

I have found the “transition period” to be excruciating. Trump has trashed the “one president at a time” precedent, while creating minor mayhem with his Tweets. (Think Taiwan, North Korea, China and the drone, and of course… Putin.)

The cast of characters I hoped would be gone by mid-November — like Kellyanne Conway, Mike Pence, and Ben Carson — are now here to stay. Offered to the public is a rogue's gallery of cabinet appointees who oppose the very mission of the departments they are tasked to head.

This presents the question, “How to survive the next four years and remain sane?”

I realize that my fantasy of some heroic figure saving America from four years of Trump, Pence, and Paul Ryan is not going to occur. So here is my plan for remaining balanced in an increasingly irrational national landscape.

For me, this includes daily meditation and exercise. Deep breathing after any pundit commentary that I find particularly disturbing. Drawing boundaries on how much “news” I can tolerate. Stepping away from information overload that makes my head feel like it is going to explode. Blocking hateful folks on Twitter after sending them love and light.

Top Priority: Putting Kellyanne Conway on mute as soon as she comes on the station I am watching — or changing the channel.

I recognize that despite Trump becoming president, I still have a voice and I plan to use it. A top order of business for me is to become more deeply involved with groups that reflect my point of view. I believe that at this point in time, hyperlocal action is the best building block to make an impact on government.

To others I would say: “Don’t count on other people to do the heavy lifting. Step up to the plate. It’s a group effort.”

Take Time for Activities that Give You Joy.

Sometimes you absolutely have to zone out to a different space and become immersed in an alternate reality. It can be nature, a book, a movie, an animal companion, or a person who you love.

I have taken a deep dive into binge-watching British police dramas featuring women in the primary roles. There is nothing more stress-relieving than observing the 50-year-old lead female sergeant from Happy Valley kicking ass. I have to admit, my favorite scene was when she grabbed (okay, twisted) the balls of a non-compliant young perp who dissed her.

I appreciate that the detectives of Scott and Bailey look like regular people, with messy personal lives to go with their professional activities. It’s created and written by women, and is implicitly feminist and empowering.

Plowing Your Own Corner.

As opposed to the people who don’t believe that they can generate any change at all, I don’t agree. I believe that every individual can make a difference.

Personally, I will continue to write about women’s issues, politics, human rights, and the environment. I will make sure that folks get a picture that balances disinformation that may emanate from the Trump Twitter feed.

P.S. Of course, if Trump leads us to the edge of the cliff... all bets are off.

If you like this article, please share it! Your clicks keep us alive!
Tags
Trump
surviving Trump
mental health
self care advice