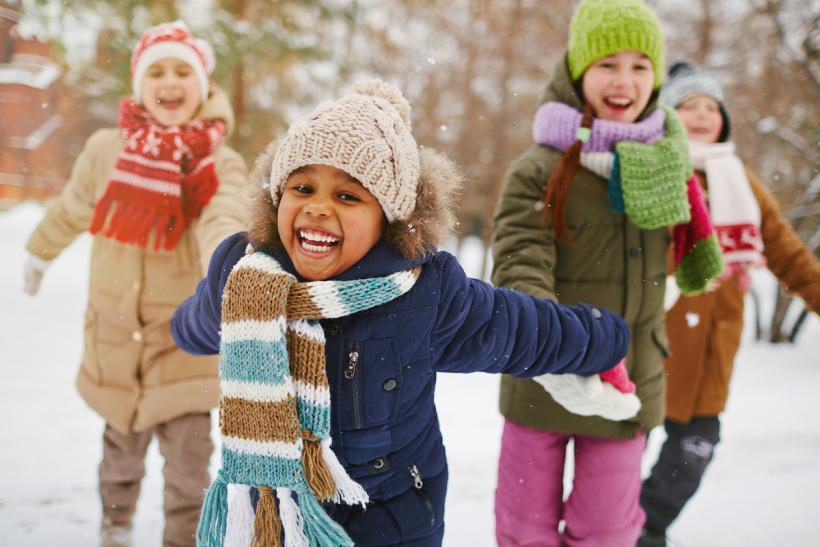 Teaching your children the value of all cultures instead of just your culture will help them to include those who have different backgrounds.

Post-election, many parents are considering how negative comments made by President-Elect Donald Trump will affect our children—both as actors and as victims.

Referred to as The Trump Effect, there has been a significant increase in race and religious based taunting throughout the election season. As we have seen, Muslim and immigrant children have been targeted in particular. Teachers have reported fear in students of families being separated and places of worship being shut down.

Josie Ramon, 12, was brought to tears as her schoolmates chanted “Build that wall!” at Royal Oak Middle School in Royal Oak, Michigan. The horrifying incident happened the morning after the election results were revealed naming Trump as the winner.

The challenge is ensuring your children are not only safe, but also not part of the problem.

With such heartbreaking displays of bullying practically endorsed these days, many parents are unsure what to do.

But we are far from hopeless. One way to combat negative outcomes post-election is to raise more inclusive children.

Loosely defined, inclusion is the process of having an environment that not only involves diversity, but also makes its members feel part of a community. The benefits of having that community include:

In today’s climate, it is imperative that we do all we can to provide an inclusive environment for our children. The first step in that direction is to be sure that you are doing all you can to raise an inclusive child at home.

Here are five habits for raising an inclusive child.

Back in the day, parents handled difficult topics by avoiding them completely. While that strategy was minimally effective a few decades ago, we are now in the age of the internet. In other words, if a child has access to the technology, they have access to everything.

Hiding things from kids doesn’t work. From birth, children show signs of being very perceptive to differences. A more effective method is to encourage dialogue on hard topics instead of straying from them. Dialogue provides parents with the ability to teach children the appropriate way to respond to differences before they have the chance to be influenced by peers.

2. Expose them to different cultures.

Many times, I think we get so caught up in the idea of “traditional” that we forget America is a nation of immigrants (other than the Natives) and there is no default culture.

Teaching your children the value of all cultures instead of just your culture will help them to include those who have different backgrounds. Be sure to teach culture in context and not just copy other traditions. There are many ways to appreciate the beauty without commodifying culture.

Tip: Expose them to different cuisines. Consider having one night a week that you break routine and have food inspired by another culture. If possible, incorporate the history of the meal and if it is associated with any special occasions.

Bonus Tip: Educate your children on a variety of religions. Consider attending your local Unitarian Universalist Church. UU congregations are wonderful because they take practices from a variety of belief systems- even Humanism.

3. Teach them about bullying.

While bullying has always been an issue, modern technology has lead to the possibility of cyber bullying.

Cyberbullying is different because unlike “old school” bullying, it can be done 24 hours a day, seven days a week. And because cyberbullying can be done anonymously, it becomes difficult to track and punish the culprit. In the past, the home would serve as a place for refuge, but now, there is nowhere to hide.

According to stopbullying.gov, children who are cyberbullied are more likely to:

Know who your kids’ friends are, which allows you to have open discussions about what is and what isn’t acceptable from those they hang out with. If your child shares a story that sounds troubling, ask questions to get a sense of how your child feels about those situations.

Communicate regularly with your child and be sure they know bullying is not acceptable behavior, and to tell a trusted authority figure when they experience or witness bullying.

4. Be an authoritative parent.

Children raised by authoritative parents have reported increased levels of confidence and self-regulation. Authoritative parents encourage their children to use reasoning. Children with a well-developed sense of reasoning and independence are more likely to evaluate a situation instead of instantly following the crowd.

An authoritative approach to parenting is also a helpful format for correcting your child if you suspect they are in the “bully” role.

Children will make mistakes from time to time. As an authoritative parent, you lovingly inform your child of the error in their ways but do not allow them to get away with negative behavior without correction.

5. Encourage a healthy blend of Individualist and Collectivist principles.

It is important for children to have a healthy balance of “me” AND “us” principles.

Teaching your child the value of a group is another way to raise inclusive children. There is nothing wrong with being an individual—being independent is wonderful. When combined with a respect for group dynamics, the result is a well-rounded child.

Collectivism (Representative of many immigrant cultures)

Children with an understanding that everyone in the group has value and no single person’s needs are more important than the others, are more likely to show concern for others.

There a plenty of other ways to ensure our children are on the right path. What about you? What is your favorite way to raise inclusive children?

If you like this article, please share it! Your clicks keep us alive!
Tags
parenting
bullying
inclusive
inclusivity
donald trump
raising kids