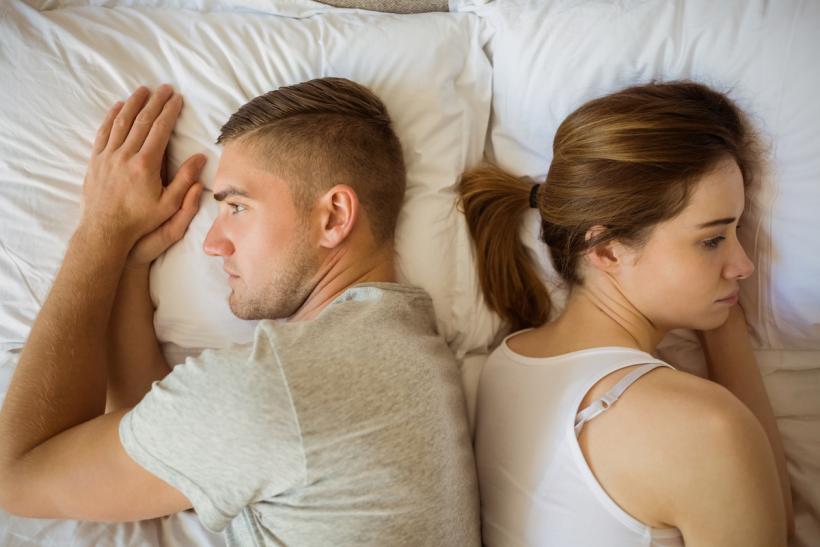 After a recent relationship ended, I had to think long and hard about what went wrong, and why.

After a recent relationship ended, I had to think long and hard about what went wrong, and why. I could see there had been some patterns in how we related which were all too familiar to me from previous relationships. Seeing as the only common element in all those situations was ‘me’, I had no choice (and, believe me, I would have avoided it if I could have got away with it) other than to conclude that a significant proportion at least of the responsibility for those break-ups was mine.

I really didn’t want to repeat a similar scenario if, or when, I was able to get close with someone else, so reflected on what I could have done differently. Part of this meant admitting to some quite deep rooted fear about intimacy and trust which went right back to my childhood relationship with my parents.

I decided to stop blaming everything and everyone except myself, and identify the habits in myself which had caused nothing but trouble in my relationships, and which I wanted to change.

This is what I came up with:

1. I gave my partner the impossible task of making me feel ‘right’ (probably to make up for my ‘mother’s’ missing unconditional love) and tried to get her approval by pleasing/impressing her or ‘performing’ for her.

Then felt disappointed because I thought she only accepted me for what I could  ‘do’ for her, rather than for “who I was”. This is what you call painting someone into a corner; whatever they do is wrong. Attachment theory would say I was ‘Dismissive There’s a nice explanation of attachment styles here.

2. I didn’t ‘t explain to her how I felt, or asked for what I needed — or explained what would make me feel loved.

I pretended that I didn’t actually need anything from here; at the same I needed to ‘be needed.' I mistrusted, ignored and disbelieved her attempts to care for me. Another ‘no-win situation’.

3. I expected to be unloved and abandoned when she found out ‘who I really was,' and took any criticism very personally as proof that she never really loved me.

I always had an exit strategy rather than making a commitment to the relationship, and sometimes had someone ‘in reserve’ to fall back on when the inevitable  — as I saw it — rejection happened. (I could then go ahead and repeat exactly the same pattern with her, presumably!)

4. Instead of sharing any vulnerable feelings with my partner, I ignored my expectation that I couldn’t be loved would be coming true.

Which it inevitably did, because my defensive behaviour steered things that way until the difficulties, mostly to do with poor communication, reached the tipping point and my hopes of being ‘good enough’ to be loved collapsed and I felt let down and disappointed.

5. I chose a woman who seemed to like/need me, rather than someone I wanted to be with.

I didn’t believe I deserved to get what I wanted from a relationship, or even knew what that was. She probably senses I felt like that about her, which made it hard for her to feel safe enough to love me.

6. I rarely took the lead in the relationship for fear of being rejected.

I was tentative and asked for permission, or waited for an invitation, even to make the first move in bed. I stayed uncommitted as a way of retaining a false sense of control; and used ‘leaving ‘ to feel empowered

My main mistake was to not see and celebrate my partner as a separate person with her own needs and feelings, and to react and ‘take it personally’ whenever she didn’t respond to me in what I thought was the ‘right’ way.

What am I going to do differently, to get more of what I need and want from a partner, and to be able to give and receive love more openly?

Firstly, I plan to be accepting of myself, from a place of sufficiency and self-valuing; to know what I’m willing and able to give; and make all that transparently clear to anyone I am in, or hope to be in a relationship with.

Secondly, I’ll ay better pay attention to her feelings and needs, so I can respond to them as well as I can, and make her feel validated and loved; and more than anything, safe to be her full open and vulnerable self with me.

These two steps will go a long way towards creating the mutual happiness of two people who feel known, accepted and appreciated by each other. Along with a generous helping of mutual attraction that adds up to the kind of love I’d be grateful to find, and would be more careful to nurture if I’m lucky enough for it to come into my life again.

If you like this article, please share it! Your clicks keep us alive!
Tags
Relationships
male vulnerability
vulnerability