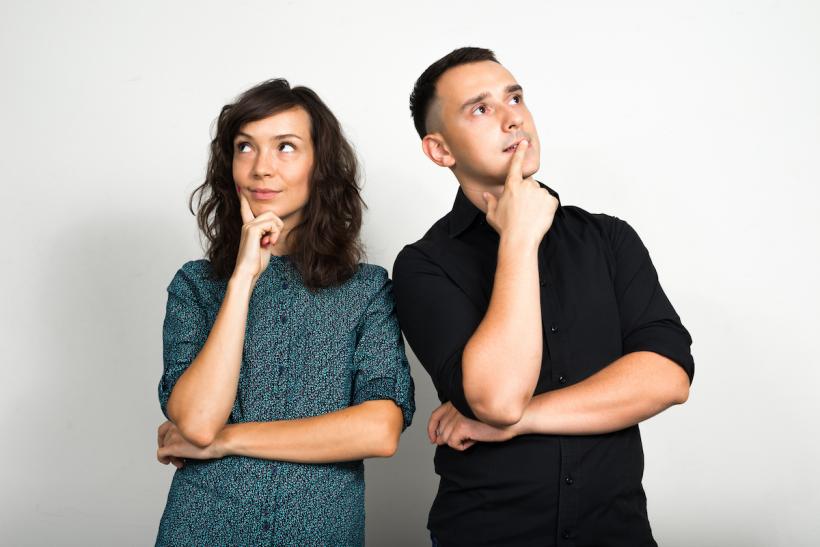 Allowing myself to be cared for, and her to experience and enjoy the feeling of caring, is an act of love for both of us.

Recent research has confirmed that there isn’t any essential difference between male and female brains after all: how they function and what they’re potentially capable of. However, because our brains change according to how we use them, the different social pressures and expectations on men and women affects what we think and how we feel. And I, for one, don’t think this is a problem. In fact it’s part of what makes a relationship with a woman so enjoyable.

Maybe the only indisputable difference between the sexes is in our bodies, especially women’s capacity to have children. It’s safe to say that not all women want to be parents; and not all women feel particularly maternal if they do have children. But this biologically predetermined reproductive and nurturing role probably skews many, though by no means all, women’s feelings and behavior, so their brains have developed in the direction of what are conventionally classed as more “feminine” characteristics.

Similarly, not all men are by nature practical, extrovert, or competitive, but the social pressure, and sometimes practical need to take on these characteristics probably pushes our minds, and our brains, to develop in that direction.

There is new thinking about the fluidity of gender and the spectrum of ways in which it can exist for both men and women, including all aspects of their identify and sexuality. To the extent that in some countries, notably Ireland since it passed the Gender Recognition Bill, anyone over 18 has the legal right to be identified as the gender which they feel fits their nature, rather than the one they were assigned at birth.

The important thing increasingly being recognized is that women and men who don’t fit their socially expected roles are not “wrong.”

When it comes to “gender,” as opposed to “sex,” the new reality seems to be….  Anything goes! We all just need to explore and find what works for us, and then live it with pride. There are no rules.

This is all great, but I have to say that in my own life, whether it’s because of social conditioning or innate characteristics, I’ve found it hard to step back from expectations of different roles that I’m comfortable with for myself and my partner.  I remember a former girlfriend who always needed to be very independent. She felt she had been more or less abandoned by her parents at an early age, and so became determined never to depend on a man, or anyone else. Not surprisingly, she went into a profession which involved her sorting out other people’s problems, without any need for vulnerability or disclosure on her part.

I was telling her one day about how I felt about something, which had bothered me, and she kept coming up with “solutions": advising me on how to “fix” things. It was frustrating, then made me smile to realize that this was exactly the kind of behavior that’s usually ascribed to men (and a role that I’ve taken plenty of times). I was asking her to just hear me and validate my feelings: stereotypically, the way a woman is expected to feel. I could see how hard it was for her to let go of her caretaking role, and how that gave her a certain detached power in the relationship, and it was a useful insight for me into the importance of listening and the mistake of trying to solve another person’s problems, whatever their gender.

Another point of conflict between us emerged around fixing things around the house.

She insisted that she was completely able to do everything herself, and didn’t need any man’s help. And even though I considered myself as someone who wanted everyone to be free of gender stereotypes, in reality I wanted to be the more practical person in our relationship. Partly because it was something I was good at, and wanted to be appreciated for that. And partly, I had to admit, because I felt more comfortable doing traditionally  “manly” things.

I accept that these differences were not innate in either of us, and more due to a combination of how we had been raised and society’s expectations. Whatever the reason, I felt good being able to use the skills I had and wanted her to let me do that to support her; rather than object on principle if our division of labor played into a conventional view of who should do what in a relationship. But it seemed that she couldn’t let herself feel the vulnerability of being helped, and in the end it led to the breakup of the relationship.

Ironically, I could definitely relate to her need for independence.

I had been more comfortable in the past with the idea of not needing anything from a partner. I liked to be the strong one, the provider and the supporter; and was most comfortable with a woman who was, at least a little, dependent on that. I was drawn to women who needed my “help.” It made me feel valued and validated. I went out for a while with a woman who had a serious alcohol problem, and ended up being an enabler for her, rather than a partner who was strong enough to express the tough love’that might have helped her feel validated as a person and not needling the comfort offered by a bottle. The result was that she stayed caught in her addictive spiral until finally, she made herself very ill from alcohol poisoning. So much for my “help.” I may have felt good by thinking I was being supportive, whereas, in fact, I was denying her the chance to find and feel her own strengths.

I now understand that there needs to be space in a relationship for both partners to care for each other in ways in that feel natural to each of them, even if those do seem to conform to typical gender roles, in order to create the acceptance and appreciation that is a necessary part of real intimacy. No one wants to be, or needs to be, looked after all the time, but all of us want and need caring for by our partners, even if we find it hard to admit to it.

When I let my partner look after me — relaxing and enjoying it, instead of succumbing to groundless fears that this might make me become, or seem to her to be, weak and dependent — she feels that she loves me more. Allowing myself to be cared for, and her to experience and enjoy the feeling of caring, is an act of love for both of us. When she accepts and appreciates my wish to support her by doing traditionally male activities…well that is the best kind of win-win situation.

If you like this article, please share it! Your clicks keep us alive!
Tags
gender divide
Men and Women
gender roles
swap gender roles
Relationships