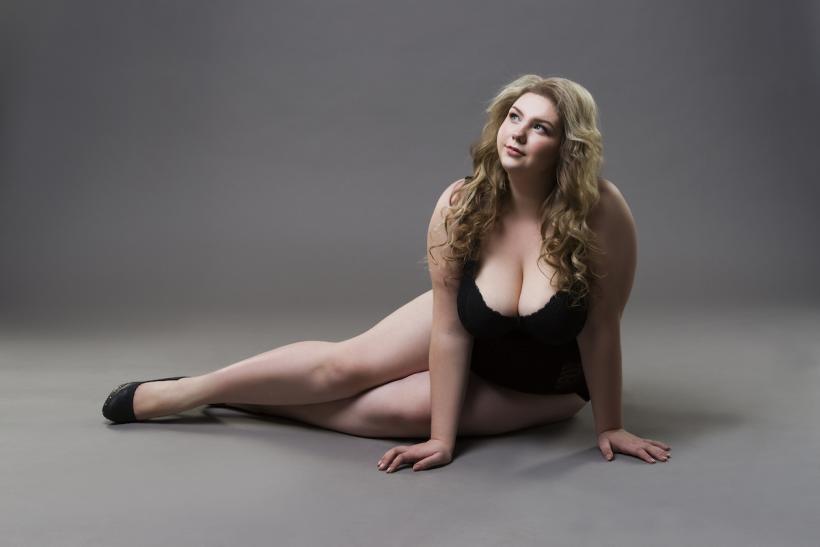 "I thought I had dealt with my body issues before I decided to do this shoot, but it turns out I was wrong."

When I was 26 years old, coming off of a tough breakup, I purchased a boudoir photo shoot on Groupon. I looked at myself in the mirror and thought, “Yes, this will definitely motivate me to lose these last 15 pounds.” But it didn’t. And so the photo shoot coupon expired, and the weight never came off.

Four years later, a few months before turning 30, I decided to try again. But this time, I told myself, it wasn’t about losing the weight. I was doing this boudoir photo shoot just because I’ve always wanted to.

It was just for me.

At first, I was excited. Boudoir photos have always intrigued me, and I was excited to be taking on this challenge. It could be a 30th birthday present to myself, I figured. A perfect way to celebrate this milestone as a single and fabulous female. And then the reality of what I had just signed up for hit me: As I scrolled through dozens of past shoots on the photographer’s portfolio site, the women in those images began to intimidate me.

I thought I had dealt with my body issues before I decided to do this shoot, but it turns out I was wrong

Each perfectly coifed hairstyle, flawless makeup, and tight body seemed to whisper to me. They brought up the thighs I was still unhappy with, the freckles I could never seem to get rid of, the scars on my belly from a previous surgery… The photo shoot I had been so excited for suddenly started to terrify me.

Instantly, I started to see all of the little parts of my body that would be amplified in these photos. The cellulite that never went away, the nose that was a bit bigger than I wished, the teeth that had a slightly yellow tint from too much tea and soda, and every other detail I could pick out. I thought I had dealt with my body issues before I decided to do this shoot, but it turns out I was wrong.

Those 15 pounds that didn’t bother me suddenly started to seem like 50 every time I looked in the mirror. Finally, I broke. I looked into whether there was a way to return it or get a refund for the shoot. As I silently scrolled through other Groupon deals in order to figure out how I could convince them to give me a trade, I realized: What was I DOING?

The truth is that having boudoir photos taken of myself had been a dream for years. Being bisexual, I've always appreciated a woman’s body, so I knew that there was something innately beautiful about my curvy shape – even if I didn’t see it in this particular moment. Instead of chickening out, I knew I had to somehow find the courage to go through with this. I emailed the photographer and booked a session for the day before my birthday. At this point, I had two months to find the courage to show up.

Was it too late to join the gym?

But instead of starving myself and running every waking hour that wasn’t spent at work, I decided to actually do something about my body confidence.

That’s right: I decided to actively work to fall in love with my body instead of beating it down for all of its imperfections.

At first, everything I did seemed silly. I put a post-it on my bathroom mirror that said, “I accept myself just the way I am RIGHT NOW.” The “right now” was doubly underlined and bolded. I looked at that sign every time I got out of the shower, and to be honest, I often scoffed. It seemed like a ridiculous thing to do. But, eventually, the words started to seep in.

I started using the book criticism technique whenever I looked at my body unfavorably. For every not-so-nice thing I said about my body, I also had to give myself a compliment or two. I even went out and bought myself a brand-new sexy outfit in my favorite color. One that, I have to admit, was pretty complimentary with my hourglass, 15-pounds-overweight shape.

When I told friends about the shoot a few days before it was set to happen, they awed and praised me for my bravery. More than a few girlfriends mentioned that they could never do something like that, while a few even questioned why I was doing it without any outside motivation. Meaning, of course, why was I getting sexy photos taken of myself when I didn’t have a significant other to share them with?

That’s when I realized the real reason I had to go through with it.

I had to take these boudoir photos for myself because they’re just for myself. The truth is that I didn’t have a boyfriend to remind me how beautiful and desirable I was. And although that made me kind of sad sometimes, the feminist in me was proud that I was working on loving my body all on my own.

It’s not easy learning to love your body. To be honest, even many months later, I still have days that I struggle with it. But my boudoir photo shoot did exactly what I hoped it would: It opened my eyes to appreciate my body in a whole new way.

Doing a provocative photo shoot that was just for me ultimately reminded me that I am beautiful at my current size, and that there is no such thing as perfection.

The day of the photo shoot, as I posed in various (and sometimes awkward) positions on a leather chair and later on a faux fur rug, I felt good about myself. I didn’t feel flighty or ridiculous, like I expected I might. Most of all, though, I didn’t feel self-conscious.

I felt beautiful. I felt sexy. I felt radiant and charming and shapely and lovely… I felt confident in surprising ways. Who knew that getting gorgeous photos taken would actually make me love my body a little more? 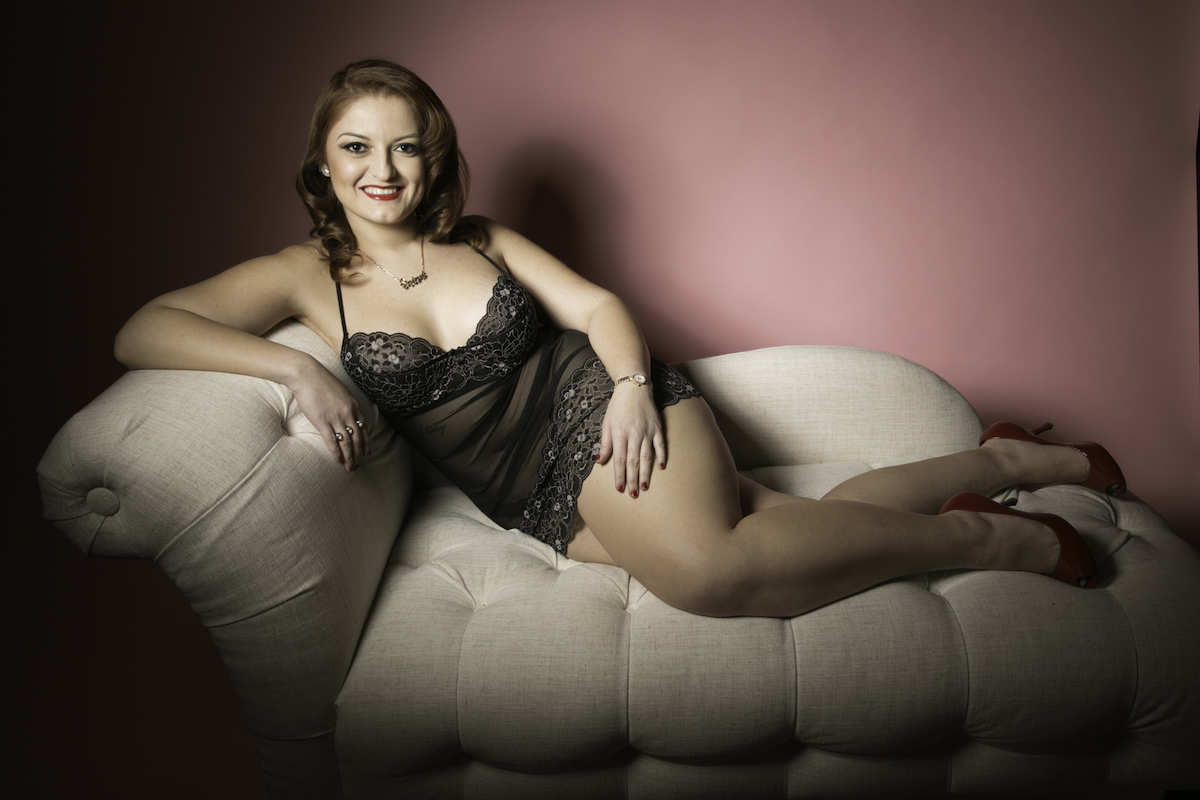 Now, as my favorite photo from the shoot hangs in my bathroom replacing that original body confidence-promoting sticky note, I’m reminded every day of the brave thing I did. Doing a provocative photo shoot that was just for me ultimately reminded me that I am beautiful at my current size, and that there is no such thing as perfection.

After all, I could lose or gain another 15 pounds, but true love for myself doesn’t come from a number on the scale. Right now, at least, it comes from the audacity I had to say, “I love me, I’m enough, and I’m not afraid to show it off.”

Photo taken by Noomi Ellenson. You can find more of her work here.

If you like this article, please share it! Your clicks keep us alive!
Tags
boudoir
beauty
body image
weight
diet culture
#DitchTheDiet2017