Why "Kiss Bang Love" Is Not For Me 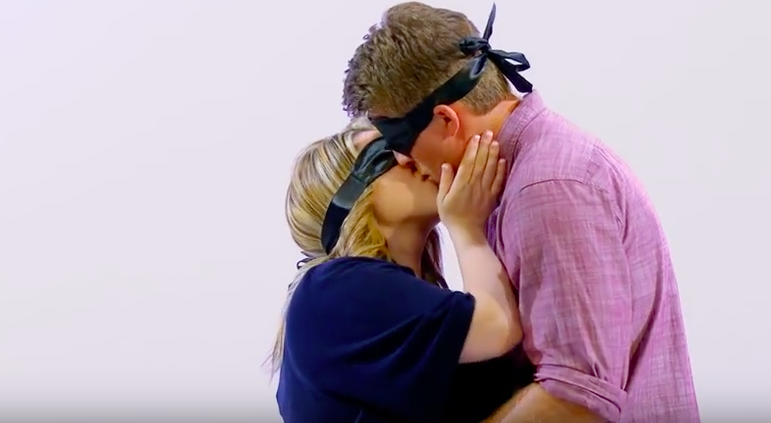 True story: I was almost on a reality show.

In 2013, an acquaintance recommended me to a production company that was scouting for a new show that would follow the lives of a handful of former sex workers. A part of me honestly believed the show might do some social good — you know, humanize individuals with experiences in the sex trades.

It was also true that I really needed money. It had been a couple of years since I’d lost my job, and I was barely scraping by as a freelancer. I was in a semi-new but promising relationship. The producers were all about my “storyline” and scheduled a Skype interview with me, as well as one with the guy I was dating at the time.

During my call with the producer, I learned just how unreal reality TV can be, no matter how hard one tries to be authentic. They feed you lines, and try and get you to repeat them.

“So would you say you’re in love with him?” The producer asked.

“No,” I answered, “I’d say our relationship has a lot of promise and I’m excited to see what happens.”

“But would you say that you’re in love with him?”

“But would you say…”

And so it went.

After his call with the producers, the guy I was dating decided he didn’t want to participate. I was still in, yet secretly hoping they’d shoot the sizzle and then never be able to sell it, which would mean we ‘actors’ would get paid a part but not have to go through the humiliation of actually appearing on TV.

The show was never produced. Some months later, that guy and I broke up. As I writhed around on the floor, heartbroken, I was incredibly thankful there weren’t any cameras around. I was especially grateful there were no witnesses when, that weekend, I ended up calling another ex — some guy with whom I had incredible sexual chemistry but absolutely nothing else in common — and proceeded to have very bad, very sad sex. It was, in fact, my last hookup before I met and ultimately married my husband, Arran. Too tuned in emotionally, I could no longer numb out and use somebody — anybody — just some body to get high. Talk about going out with a whimper.

So, there you have it, that’s my experience with reality TV — that, and the countless number of hours my husband and I spend watching it.

Some of our favorite shows include Married at First Sight, BlackLove, Arranged — basically if it’s on FYI and it’s (technically) unscripted, we’re tuning in.

Let me be clear: These shows are not good. But they are so good in the way that Funyuns are good. They are so poor an imitation of something else that they become their own deliciously salty thing you’ll want to secretly binge on. Sure, they’re not real, but watching how reality is being manipulated is part of what’s entertaining (for the audience, at least).

And, well, something is real. All the shows I’ve mentioned are about people looking for everlasting love. The people being filmed, you can usually tell, are being earnest.

That leads me to FYI’s newest show, Kiss Bang Love. This show sets one man or one woman up with ten strangers who the contestant will kiss, one after another, while blindfolded. From these ten hopeful suitors, the contestant chooses five and then two, with whom they go on “intimate 24-hour dates.”

The producers ask: Can blind sexual chemistry lead to love? I say, probably not!

I’m not saying Arran and I don’t watch it, because oh, we do. I’m just saying we don’t enjoy it, not even in a Taco-Bell-when-you’re-drunk kind of way. For starters, the production quality reminds me of an old school, low budget MTV game show. Besides this, there’s something about the show’s pace that always makes us lose interest somewhere around “Bang” (right when you think it’d get interesting).

I want to like the show, mostly because I want to fill 30 minutes of my Tuesday pleasantly, but also because I could see how the show might be considered sex-positive. Like, if you tilt your head and squint, a show celebrating people getting sexual outside the confines of a committed, monogamous relationship could be seen as transgressive. But ultimately, the end goal remains the same: contestants aren’t after a great lay, they say they’re looking for “the one.”

When I hear participants claim that they hope their hopping into bed will help them choose a long term partner, I kind of hope they’re lying.

It’s the one reality show where I hope they’re doing it for the money — which, according to the Daily Mail, is not very much — or because they want to be on TV. Really, ‘bang’ all the people you want — there’s no need to choose one person — but if you’re really looking for a committed, monogamous relationship, you might be going about it all wrong.

On Kiss Bang Love, “experts” claim that sexual chemistry knows something the intellect doesn’t. But in recovery for sex and love addiction, I’ve learned that pretty much the opposite is true. Chemicals released from the brain during sexual activity are powerful, influential biological drives whose intention is to find a partner — any partner — and reproduce. Then there’s stuff like attachment theory, which explains very clearly why some 40% of us are powerfully attracted to people who are wrong for us.

I’ve written before about my own "broken picker” and how, for me, getting physical too early in a relationship was a big mistake. Don’t get me wrong, it’s not like Arran and I waited to “consummate our relationship” until after we got married; we had sex — crazy sex, for like 12 hours — the evening of our second date. But by then, we had talked plenty enough to know we had something in common besides physical sparks.

Reality TV is my one guilty pleasure. But when I watch Kiss Bang Love I only feel guilty — and grateful.

I wanted exactly what many reality TV contestants claim they’re after. I didn’t find it until I stopped treating my love life like it was made-for-TV.