Life As A 39-Year-Old With Fully Gray Hair 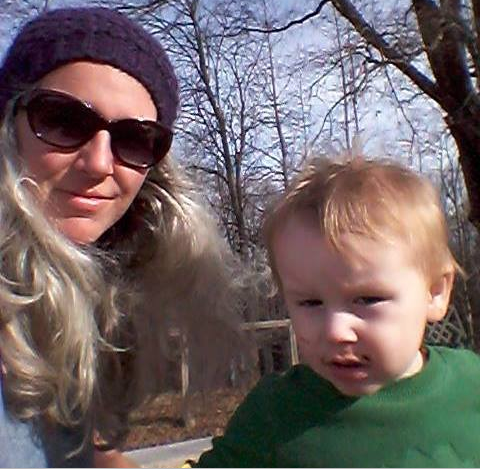 The comments I get, you would not believe. (Image Credit: Kristi Pahr)

I found my first gray hair when I was 12 years old. Twelve. I had gray hair before I had a period. Pretty much all my life I’ve had graying or gray hair. It’s genetics. All the women on my mother’s side of the family grayed early, and all of them dye their hair with abandon (with the exception of one aunt who has had gorgeous silver hair my entire life).

My sister, my cousins, my mother and aunts (yep, ladies, calling you out!) are as colored now as they were when they were ten. Not me, though. I don’t know if it’s a deep-seated fear of commitment, a Scrooge-ish miserliness, or an “ain’t nobody got time for that” stubbornness, but I’m the only hold-out. I’m 39 years old, and I’m completely gray.

And let me tell ya, that certainly throws people for a loop. People DO NOT like it when a woman doesn’t do the things women are supposed to do. From those awkward stares where you catch the person looking, and they get embarrassed and look away, to questions and opinionated commentary, people have made no bones about approaching me. Strangers — at the grocery store, in restaurants, at the bar — feel free to come up and ask me about my hair.

And rarely has it been complimentary:

“Is there something wrong with you?”

“Did you do that on purpose?”

There are the most common inquiries. Lately though, because of those trendy millennials and their adventurous hair color trends, I get the more polite, but still annoying, “Is that your natural color?”

No. My natural color is brown, but this happened, so I kept it.

Thank you, millennials. I’m less of an anomaly now because of you and your wacky hair color trends.

They used to spin me out so badly though, these people and their rude-ass questions. I’m just trying to do me, you know? Just trying to keep things real and authentic and natural. I’m not trying to hide myself. But whenever anyone is not adhering to some arbitrary set of beauty standards, Joe Schmo off the street feels entitled to comment. And for a person with anxiety, a bunch of randos talking about your hair will make you second guess your stance.

I think it’s indicative of the level of objectification people use when they see a woman. She is her body, her hair color, her makeup... And when you step outside of what’s considered normal — the beauty status quo — even a little, people feel totally justified in questioning your motives.

Once, when my 4-year-old was a toddler, my husband and I took him on a hike. We were standing on a scenic overlook, and I heard a little boy ask his mother, “Mama, why doesn’t our Nana have a baby?” I looked over and smiled, just thinking the kid was cute, but the mother looked horrified when she caught my eye and rushed her kid into the car. My husband was cracking up, and I had no idea why until he told me that the kid was talking about me. He thought since I was gray-haired, that I must be a grandmother.

I sincerely questioned my decision to stay gray after that.

I can’t tell you how many times I’ve stood in the hair dye aisle at the drugstore trying to remember what my original brown was. Countless. And often, after someone (usually a man) decides to say something like, “Wow! I can’t believe how gray your hair is! Why don’t you color it?”

Because I guess that’s totally ok. But if I were to say to the self-same man, “Dude! You are so bald! Why don’t you do that hairclub for men thing?” That would equal totally rude.

I think it’s indicative of the level of objectification people use when they see a woman. She is her body, her hair color, her makeup. Even to other women. And when you step outside of what’s considered normal — the beauty status quo — even a little, people feel totally justified in questioning your motives. They simply don’t understand. Why in the world would I ever be comfortable with having a head full of gray hair at 35? Doesn’t it bother me?

No. And yes. But what bothers me more is that you feel 100% justified in, not just commenting on it, but questioning it. Why do you care SO MUCH that you would approach a stranger in the supermarket to ask how old she is because her hair is gray? Didn’t your mother teach you any damned manners at all? And did you EVER stop to consider how your questions might make the gray-haired weirdo feel? Because they spin me out. They kick up my anxiety and make me feel like a spectacle.

And I hate feeling like a spectacle, y’all. It hurts my soul.

It’s hard to be true to myself, while also attracting unwanted attention to myself, especially since my truth is unusual.

It’s hard to have anxiety, to have depression, to live with those negative voices every day, then have strangers question the very same things those voices were whispering.

Just shut the fuck up.

Seriously. Just shut it. Zip your lip. Don’t ask. If you see someone with something that you perceive as being different or unusual or weird, fight that urge to ask them and just move on down the road. Unless what you are going to say is, “Your hair is goddamned beautiful,” just don’t say anything at all. That person doesn’t owe you an explanation, and you run the risk of ruining their day. So, don’t be that person.

If you like this article, please share it! Your clicks keep us alive!
Tags
going gray
aging
beauty
hair color
embracing gray hair 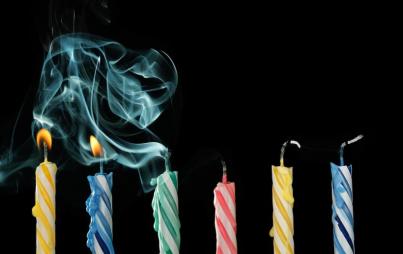