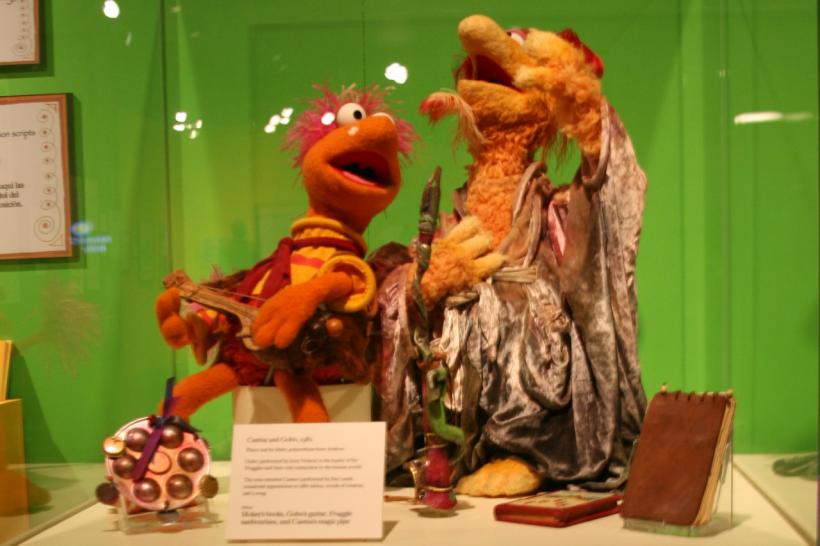 I’m not a TV person. I used to be, but not so much anymore. I’m sure there is programming out there that I’d love, and there has been programming in the past that I’ve loved. But right now, in this time in my life, TV is meh. I recognize that I’m the weirdo in this situation, not the rest of the civilized world. It’s me, not you.

I don’t begrudge you your TV, it’s just not my thing right now.

Which is why it’s so weird that I was scrolling through my DVR list the other day. I don’t ever do that. But there I was, bored and looking for something to fill that time between 4 p.m. and toddler bedtime, when I saw something that made my 40-year-old heart begin to sing. The title I scrolled past then went right back up to brought an instant smile to my face and an immediate, “Hey, you guys, come over here and watch this with me!”

Before they had even gotten to the living room, it was on. “Dance your cares away *clap clap* / Worry’s for another day, let the music play *clap clap* / Down at Fraggle Rock!” My husband recorded Fraggle Rock for me and, y’all, I’m not gonna lie — I think I got a little teary. I LOVE Fraggle Rock. L. O. V. E. (Also, Fraggle Rock turns 30 this year. The big three-o. Try not to dwell too long on that.)

In my mind, I look back through that soft-focus lens of nostalgia and see Red and Gobo bouncing down stone corridors, Uncle Traveling Matt exploring “outer space," Sprocket and the Gorgs and Madam Trash Heap and the Doozers, and I smile inside and out. So of course, OF COURSE I was OVER THE MOON to share this with my kids.

But I guess it’s kind of an important parenting lesson. As our kids get older and develop their own distinct personalities, preferences, and attitudes, frequently they are just not going to give a shit about what we like and what we want them to like.

I really thought this would be it, you know? Our thing. Our show. I mean, they have special shows with their dad that I’m not into; shows my husband watched when he was a kid. GI Joe, Transformers, stuff like that. My DVR has 80 Transformers episodes on it RIGHT NOW. And they love it. It’s their thing.
I want a thing.

Sadly, though, Fraggle Rock ain’t it.

The older kid watched one episode, skeptically, then balked any time I suggested we watch another. The toddler, well, he just toddles around saying “Batman” and “Boobie” a lot, so his opinion doesn’t hold much weight in this story. I’m trying REALLY HARD not to let my feelings be hurt by my son’s indifference to something that was so important to me as a kid. It’s silly, I know. It’s a 30-year-old show about puppets who live in a rock, but it was integral to my childhood.

Even now, watching these old episodes, I can see ways Fraggle Rock left lasting impressions on my personality, which sounds a little weird, but you know you have shows like that, too, so hush. Certain things the characters say, aspects of their personalities, all strike chords and I find myself saying, “Oh! That’s where I picked that up!” That kind of thing.

So, for my kid to be completely indifferent... man, it just sucks.

But I guess it’s kind of an important parenting lesson. As our kids get older and develop their own distinct personalities, preferences, and attitudes, frequently they are just not going to give a shit about what we like and what we want them to like. It’s hard not to be hurt by their indifference, but that’s just the way it is.

I mean, I can’t MAKE him like Fraggle Rock (even though he’s totally wrong), so I just have to accept that it isn’t his thing. Right now at least. He’s five, he’s mercurial (which is really just a nice way of saying flakey), so maybe in a week or a month or a year, he’ll decide that Fraggle Rock is the best thing since bunk bed forts. Or, he might not.

It’s not up to me and it’s just one more reminder that kids are people who decide things. Some of those things we can veto (jumping on the bed while eating a sucker and holding scissors). And some of them we can’t. We just have to hope that eventually they realize that we really are cool, we are wise, and the things we like are both interesting and culturally relevant.

Until then, though, prepare for eyerolls and indifference. And solo Fraggle Rock viewing.

If you like this article, please share it! Your clicks keep us alive!
Tags
Fraggle Rock
parenting
childhood
bonding over TV
Nostalgia