How To Spot A Narcissist 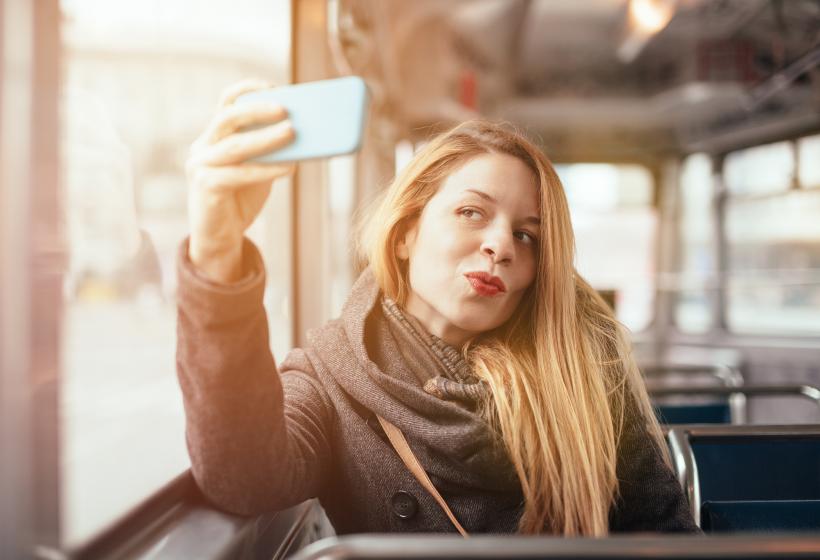 There are people in your life, without a doubt, who you thought were awesome on first meeting, but turned out to be a toxic sludge pile. Whether they were a romantic partner, friend, coworker, or whatever, in the beginning, they were charming, funny, affable, and just seemed like a really cool person. As your relationship with this person progressed, you may have noticed that they seemed pretty confident, overconfident even, bordering on arrogant maybe. They probably had a short fuse and got pretty upset if you ever questioned or corrected them. They probably gaslighted you. (Also, they were probably a dude.)

Those behavior patterns have a name, besides just calling them dick moves.

Lots of folks walking around out there have it, about 1 in 16, or 6% of the population. The majority of them are men and it’s really likely you know at least one of them.

Narcissistic Personality Disorder (NPD), according to  Dr. Lynn Linde, Ed. D., Senior Director of the Center for Counseling Practice, Policy and Research at American Counseling Association, “ is a personality disorder characterized by an inflated sense of one’s own importance and sense of being special and entitled, the need for constant attention and admiration from others, the preoccupation with fantasies of success and power, arrogance, jealousy of others and the lack of empathy.”

Dr. Linde explained, “People diagnosed with this disorder will take advantage of others to further their own goals and meet their needs and often believe that s/he is the most important person in the lives of everyone else; they also require excessive admiration and attention from others.”

To be officially diagnosed with NPD, a person must meet at least five of the following criteria:

That person who always manages to shift blame onto you, even if whatever happened is blatantly their fault and then gaslights you into believing it. Or the person who doesn’t seem to get why you feel sad or happy or excited and shames you for it. Or the person who thinks they are the most amazing thing since sliced bread when in reality they are just an ordinary, average Joe... that person might have NPD. If you find yourself involved with someone who hits any of these markers, you need to take steps to protect yourself, because they are so toxic they even have an abuse syndrome named after them.

Narcissist Abuse Syndrome is a type of anxiety disorder that, if left untreated or if the victim remains in the relationship with the abuser, can gradually morph into complex-PTSD.

Narcissists use verbal and emotional violence, gaslighting, manipulation, and a whole bunch of other messed up abuse tactics. And it’s not just once or twice. It’s constant. It can be every single interaction, every single conversation, every single moment you’re with them. It wears you down until you don’t know real from not real, you don’t know who you are or where you stand or even if you’re sane.

People with a heightened sense of empathy or who consider themselves to be highly-sensitive are at increased risk of abuse from narcissistic abuse.

Jessica, who has been married to a narcissist for several years and suffers from C-PTSD, says she has panic attacks regularly. She describes an almost constant state of anxiety and fight/flight responses and says she avoids confrontation with her husband because their fights always leave her confused about her role in what happened. She finds herself accepting blame when her rational mind knows she wasn’t at fault.

If you think you may be involved with someone who has NPD, whether in a friendship or romantic relationship, you should take immediate steps to protect yourself. First, if possible, get the hell out. Cut ties. End the relationship and cut your losses. If leaving isn’t an option, find a therapist or counselor. You should also work to set boundaries with the narcissist and try not to let them bait you into a confrontation. Work on yourself, build yourself up, and do whatever you need to do to stay healthy. Take care of yourself because regardless of what your narcissist says, you matter, you have value, and you are important.

If you like this article, please share it! Your clicks keep us alive!
Tags
narcissist
narcissism
narcissistic personality disorder
dating
toxic relationship