Take The Cake: Is Fatness A Superpower? 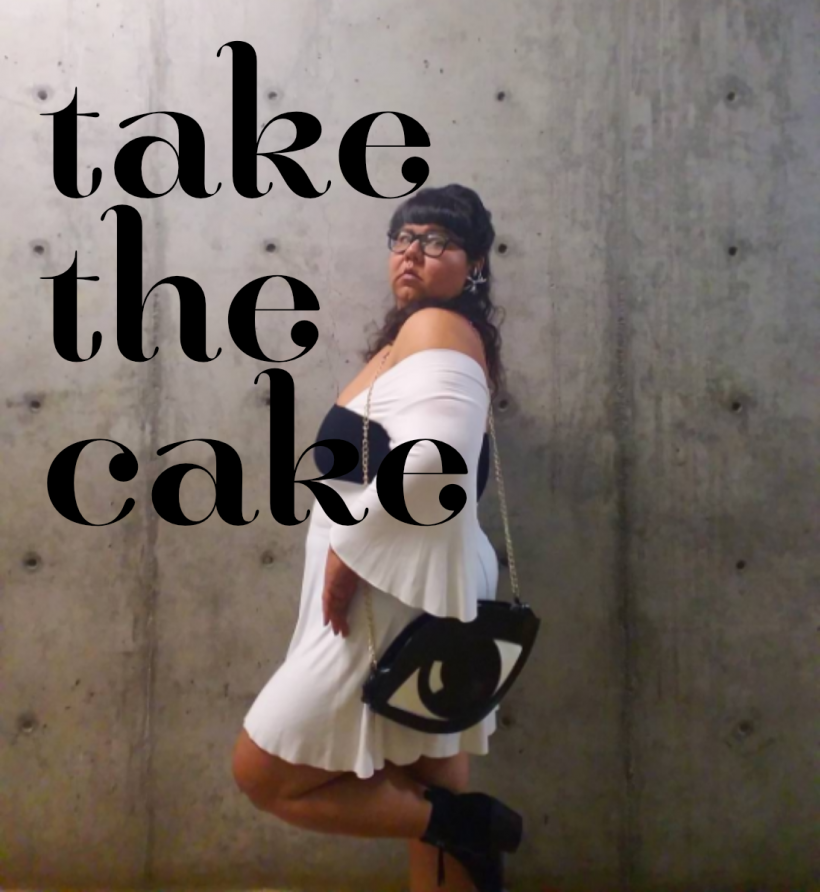 "I had to reckon with the fact that people do this to other people, that men do this to women, that my body had been coopted and turned into a repository for someone else’s shame."

This week in Babecamp we were talking about Sarai Walker’s novel Dietland. The main character, who is a fat woman, muses that perhaps her fatness is a superpower — one that allows her to see people as they truly are through observing the way that they treat her. In the book, this superpower shows up most obviously in the realm of romance.

As a newly single person, I’ve been wondering whether it’s a gift or a curse that I have seen a lot of awful human behavior because of my position in society as a fat lady.

Thing I know: all women get dehumanized (that’s part of sexism, duh), but depending on your size, your experience of dehumanization varies. Often, thin women are used in order to gain social cache by being placed in more visible cultural positions (like wives), because marriage/monogamy is about being a good citizen.

In thinking about all this, I remembered someone I used to see many years ago.

He was tall with a strong jaw line, slender and wiry with big blue eyes proclaiming an innocence that wasn’t there. He was the kind of man that makes a fat brown girl with unresolved inferiority issues drool, right? He loved fat girls, and he really loved breast-focused mommy-play, and at the time I was really, really into that. (Since then, I have come to resolve some of my actual mommy shit in therapy, so I don't feel compelled to reenact that particular trauma in my bed as often. And I have also stopped pouring all my sexual needs into pretty much the only part of my body that aligns with normative cultural desirability standards: my boobs.)

For the first time, I had to reckon with the fact that people do this to other people, that men do this to women, that my body had been coopted and turned into a repository for someone else’s shame.

We met for drinks at the Beach Chalet on the Pacific Coast Highway. I was wearing a short, tight, low-cut dress. He showed up in a button-down and sat down next to me in the bench-style booth. He immediately became breathless and began to stutter at the sight of my cleavage. (I. Love. That. Shit.) I asked him if he was aroused. He said yes, and I could feel the seat going up and down almost imperceptibly as he relaxed and tensed his pelvic floor muscles.

We started seeing each other every few months. Eventually, it came out that he was married. Back then I was so bad at reading signs of marriage! Obvious stuff. Like, “Virgie, if he has a mini-van he is married.” But back then I was naïve, or maybe just willfully ignorant, so I could maintain some sense of personal worth.

And he didn’t just tell me he was married. He laid out a lengthy, almost poetic confession. He said that he had never been especially attracted to his wife, who was thin, but that she was normal. And it was important to him that she was normal. He didn’t want to tell her about any of his kink because he didn’t like the idea of sharing a life with someone who knew that about him.

I asked him why he married someone he didn’t want to be close to, and he said that, around age 27 or 28, he realized he could easily turn into a man who spent all his available energy looking for his next sexual experience, neglecting his career and his shot at a normal life. He said he knew that if he got married that she would become the boundary that he couldn’t set for himself.

That conversation changed my life.

For the first time, I had to reckon with the fact that people do this to other people, that men do this to women, that my body had been coopted and turned into a repository for someone else’s shame. Vague, subconscious suspicions had become substantiated facts. I’m not sure if he told me all this because he didn’t think anyone would believe me if I ever told his story. I’m not sure if he is rare because he did this, or because he admitted to it.

I remember the feeling I had — what should have been hatred and pain transmuted into a sharp-toothed arousal I clung to so his words wouldn’t break me in two.

I remember that story each time a woman tells me that she’s dieting so that a man will love her. No one wins when people do this, but how each respective party gets screwed tells a story about hierarchy and control.

To return to the question of whether this knowledge is a gift or a curse, I guess it’s neither. Information is information. And I’ve discovered that it’s better to know the truth than to imagine I am benefiting from the lie. To look at the truth and truly accept it is a great act of maturity and of love.

That’s my idea of a superpower.

If you like this article, please share it! Your clicks keep us alive!
Tags
bodies
fatphobia
fat positive
Body Positive
Virgie Tovar