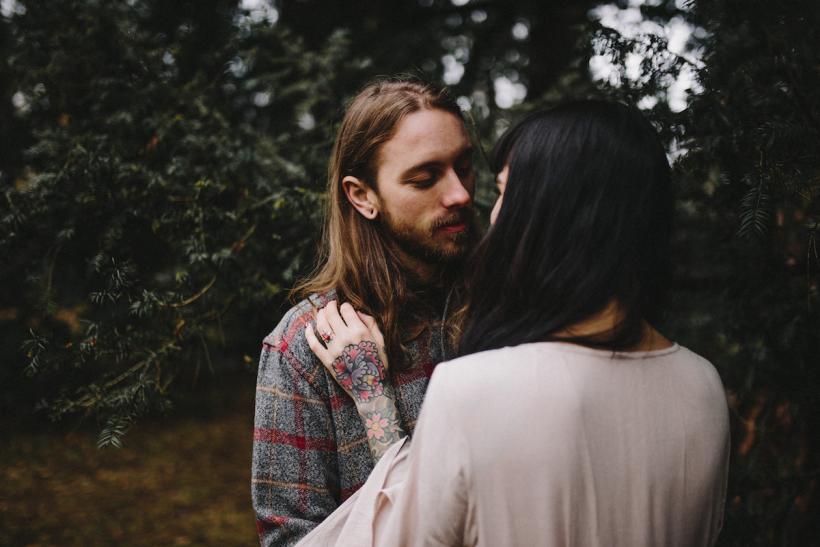 Sexual bartering is a close cousin to offering sex as a reward. (Image: Unsplash/ Felix Russell-Saw)

I mentioned my little arrangement to a friend and found out from her that apparently, this is a thing.

It’s called “sexual bartering” — when one person agrees to do a sexual act in exchange for something they want. It made me wonder, is there anything problematic about trading foot rubs for blow jobs? Or is it, as this GQ columnist once suggested, a healthy way to add a little spice to a long term relationship?

Cheryl, 27, says that when she and her husband first got married, he was dead against. “He felt it cheapened the act and he didn't want to have sex if I didn't really want it.”

Three years — and some health issues that have negatively impacted their sex life — later, and she says, “he's totally cool with it.” For Cheryl and her husband, sexual bartering means trading one favor or act of kindness for another, i.e. “I'll have sex with you if you make me a sandwich.” Off the table, Cheryl says, are household chores that have to be done anyway, like doing the laundry or cleaning the apartment.

Sexual bartering is a close cousin to offering sex as a reward.

Chloe, 34, told me about a time her she and her boyfriend met up with someone who is close to an ex (“the one who really burnt me”) with the purpose of impressing him. “He poured on every bit of British charm,” Chloe recalls. Although they didn’t have an agreement in advance, Chloe told him afterward that his performance was worth three blow jobs. She hasn’t yet, but she intends to pay up.

For Heather, 36, sexual bartering isn’t transactional so much as it is reciprocal. “When you're going to get something as a result of giving [something],” Heather says, the turn on is huge!”

Chloe agreed, “I don't think there's anything wrong [with sexual bartering] if it's playful and you already enjoy doing these sexual acts.”

Still, some people I spoke to said they’d feel weird about it.

Adeli, 48, has been with her partner for 11 years. “It seems manipulative and selfish to make a partner do something they are not feeling up to,” Adeli said. “If they are not into it for whatever reason, it is generally a good idea not to add pressure and to be respectful of the other person's feelings whether they coincide with what you want at the moment.”

Similarly, Danna, age 36, tells me that she and her partner — who’s she’s been with for over 16 years — would never barter for sex. Danna says, “We've worked hard to take all pressure and coercion out of our sex life.”

I mentioned to my husband that I was writing this article, and leading with our little hot yoga / anal sex deal, and he had no idea what I was talking about. “Don’t you remember, I said…” He replied that he had thought I was joking, and seemed offended. Similar to one story I found online, my hubby seemed to find the very idea of sexual bartering to be humiliating and emasculating. Other men online describe sexual bartering as a power play and say it feels manipulative. Still others worry it downplays one partner’s enthusiasm for sexual intimacy. And, of course, some people equate it to prostitution. In an article disappointingly entitled Sex Bartering Turns Wives Into Hookers blogger Maressa Brown calls the practice “kind of sad.”

According to an article in the Los Angeles Times, sexual bartering becomes unhealthy if sex can only happen in the context of bargain. “Bartering with sex can be playful, titillating and seductive,” the author writes, “but only if the sex is not denigrating. Couples who barter with sex probably have a robust sexual bond and a good sense of humor.” According to experts, it shouldn’t matter if your partner doesn’t follow through or asks for a rain check — if it does, that’s a red flag. And yeah, it’s definitely not a healthy habit if either partner has a problem with it. Otherwise, experts say, there’s nothing wrong with a little tit for tat.

If you like this article, please share it! Your clicks keep us alive!
Tags
power of sexuality
Sex
sexual bartering
relationship dynamics
sex in relationships