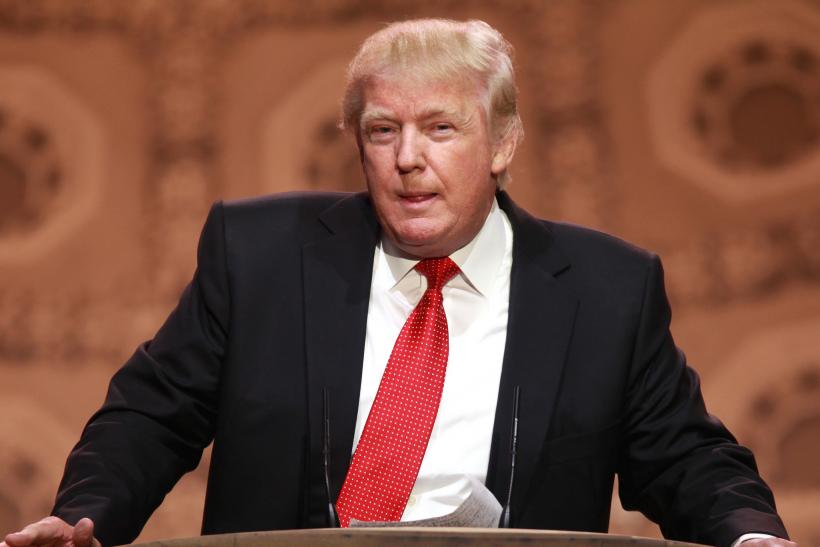 Like millions of Americans, I watched President Trump deliver his speech to the joint session of Congress last night. I did not have high expectations, though I did hang on to a couple of hopes (old habits die hard, okay?).

I hoped Trump would be calm and coherent. And on that front, he mostly succeeded. Gone were the (excessively) wild gesticulations, blotchy cheeks, baseless claims of rampant “American carnage.” Alright, good.

Long shot that it was, I could not altogether abandon a minuscule sliver of belief that Trump might use this opportunity to try and unite — to dial down his divisive and derogatory language about immigrants in general, and Muslims in particular. I didn’t hear much evidence of this in Trump’s speech, which is both disappointing and predictable.

But there was one moment that by far outweighed all the others. It wasn’t the Democratic ladies clad in white, and it wasn’t the unbearably smug expressions of Vice President Mike Pence and Speaker Paul Ryan.

I immediately wondered if this William Ryan Owens was the Navy SEAL who had been killed in Yemen.

And simultaneous to the question arising was my mind’s immediate rebuke to even asking such a thing. Of course, she’s not. She can’t be. No one would use this speech and her excruciating pain to sell a brag about how the Yemen raid — one that multiple reports have stated did not result in any meaningful intelligence gathered — had actually been some grand and victorious mission.

But Trump would — he did. I sat there and listened as he “quoted” Secretary of Defense Gen. Mattis saying the Yemen raid had been a great success, as tears streamed down Carryn Owens’ face. Something turned over in my stomach, a mix of terrible sympathy for Ms. Owens…

And acute disgust for this new low from our new president.

If he had simply honored Ms. Owens and the sacrifice of her husband, I would not only have agreed with the choice but would have applauded it with as much vigor as the Republican side of that state room.

But he did not do that. Trump made it clear in his introduction of Ms. Owens that this was not about her. And this was not really about her husband and his noble sacrifice.

This is the first time I’ve seen a sitting president “spin” a clear military defeat to save his own ego, and use a bereft and heartbroken wife in order to get away with it. Disgust is not the right word. Horror, maybe. Disbelief and revulsion crashing into each other.

This was about Trump. Always, about Trump. (Michael Crowley at Politico even reports that shortly before the speech, Trump was blaming the generals for the loss of Owens’s life. He writes that Trump complained “the planning had started ‘before I got here,’ and that ‘they’— his generals —‘lost Ryan.’”)

This was Trump’s raid, that he approved, that not only resulted in no tangible gains, but also cost a young and accomplished military serviceman his life. (Several children were also killed — nine of them under the age of 13. Their lives were not mentioned in Trump’s speech.)

This is the first time I’ve seen a sitting president “spin” a defeat to save his own ego, and use a bereft and heartbroken wife in order to get away with it.

Disgust is not the right word. Horror, maybe. Disbelief and revulsion crashing into each other.

I watched as PBS later interviewed a few Republicans from the audience, several of whom referenced the standing ovation for Ms. Owens as the crowning jewel of the evening.

I agree that anyone watching would be hard-pressed not to feel enormous sympathy for her, to stay dry-eyed when seeing the raw anguish on her face.

But to miss the sickening selfishness of Trump in using her pain to insist that the recent raid in Yemen had been a good choice, a great choice, one that will lead to “many more victories” in the future…

There is no justification. It’s a kind of self-centered action that signals a character so undeveloped and shallow that it perhaps cannot even perceive its own shameless, egomaniacal impulses.

And what does this mean for the future? Does anyone believe that a president — any president — gets through a term in office without making mistakes? Will Trump need his feelings assuaged, need to always cleanse himself of blame, when things don’t go perfectly?

No, Mr. President. You wanted this job, and you got it. And part of this job is owning up to the simple fact that the buck stops with you.

Trump signed off on the Yemen raid, which President Obama would not do. Trump should have owned the failure of that mistake.

But instead, we have a president who seems willing to use anything and anyone — and yes, that includes a grieving widow — to wash his hands of culpability for a failed mission that he himself green-lighted.

What’s the right word to describe such a man? I am out of adjectives.

If you like this article, please share it! Your clicks keep us alive!
Tags
donald trump
Speech to joint sessions of Congress
Carryn Owens
William Ryan Owens
Yemen raid