The Exploitative Mess Of "Mama June: From Not To Hot" 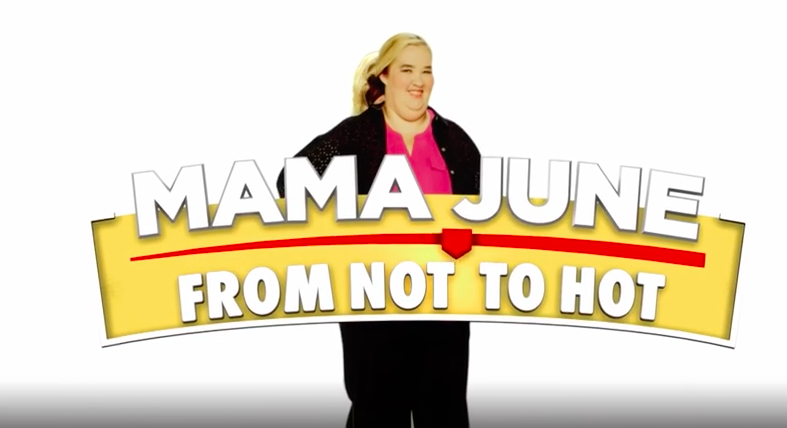 So let's refresh our memories. Everyone remembers Honey Boo Boo.

She rose in popularity after a video clip of her rambling on about a dollar bill making her holler went viral from the TLC show Toddlers & Tiaras. The video landed her and her family a reality TV show on the same network called Here Comes Honey Boo Boo. America seemed to fall in love with the hillbilly version of Keeping Up WithThe Kardashians, starring the Country Fried equivalent of Kris Jenner also know as “Mama June.”

In 2014, the show was canceled after a scandal was unearthed.

Now the famous family is back in a new show, and it’s starring Mama June. The show called Mama June: From Not to Hot is an in-depth look at Mama June’s recent “weight loss journey.”

I was nothing short of flabbergasted after seeing several horrifying commercials with the central theme of dehumanizing Mama June. The ads emphasized both the family's notorious position as the stereotypical representation of what it must be like to be poor white Americans, as well as promoting a new take on transformation TV.

Mentioning nothing about the reason behind why Mama June would want to lose weight, the only information I had before tuning into the show’s premiere was that Mama June was being categorized as a “Not.”

The commercials inferred that “Not” was not the desired goal in relationship to conventional beauty standards. Judging by the reactions of people who participated in the commercials' “Man on the Street” interviews, it was clear that it was June's "after" body on the other side of that smartphone being shoved in their faces. The exaggerated shock from all of them made it seem that how Mama June existed before her transformation wasn't even recognizable as human. And the commercial ends with huge fluorescent letters describing her new body as an “Utterly, Unbelievable, Total Transformation.”

The premise of the show is similar to the much-criticized Khloe Kardashian show Revenge Body. We find out early on in the episode that the former patriarch of the Boo Boo Klan known as “Sugar Bear” has plans to remarry. After this revelation, we see Mama June out to eat, surrounded by a group of her so-called friends. They encourage her to lose weight to make her ex jealous.

Only “until she is sexy” (according to her friends) will she stop trying to change her physical appearance — because thanks to our fatphobic society fat people are unlovable until they lose weight.

The opening scene shows Mama June being wheeled out on a gurney, presumably on her way to partake in the gastric bypass surgery that is the focus of the series. Tears are being shed as her two daughters stand beside her. Honey Boo Boo gives one last wise crack about being hungry before Mama June is wheeled off to her operation.

Fast forward past the credits, and we are re-introduced to Alana (aka Honey Boo Boo). Here we see a much older, tween-sized Boo Boo preparing her lunch. She’s a pudgy kid who reminds me of myself at that age. On the granite counter in the kitchen of their new home, we witness HBB dump an entire box of Lil Debbie's cakes into a lunchbox. This is right before rummaging through a Dorito filled cabinet to grab more junk, which she shoves into an additional bag that appears to contain several cans of ravioli.

Alana exclaims “I love food,” right before taking a large bite of one of the snack cakes intended for lunch. There are several more seconds of this, with interjections of “Mmm…Ice Cream” and “Chocolate,” as she grabs those items and stuffs one more backpack — before she’s interrupted by Mama June.

Between the slurred southern drawls and sassy one-liners, it's hard to watch this level of exploitation, which is not too much of a stretch from her child pageant days that did the same thing. I wonder what kind of long time effects this will have on young Honey Boo Boo, being displayed like some circus animal for our entertainment, alongside the rest of her family.

The show winds down with Mama June admitting to having been a yo-yo dieter for years. This confession sheds some light on why producers felt it was necessary to make her wear a fat suit in some of her scenes. Compared to the pre-surgery footage June’s makeup is seen caking in several scenes from a bad prosthetic. Other times, the audience can see nylons at her palms and upper arm where the suit is attached to her body. It’s disturbing to know that a fat suit would be used for dramatic effect. But, in Hollywood, it equals ratings, so why not?

At the end, we see Mama June’s “manager” bring the show full circle. The overly-augmented manager is the turning point of the entire program in this climactic scene where she rips open the refrigerator door and scolds June about her “unhealthy” eating habits.

“It’s really hard as a big person to lose all this weight,” June tells her manager.

To which her representation responds with the cure-all suggestion of flying her to LA to get the gastric sleeve implanted.

This show is so dangerous.

Mama June does not deserve to be stripped of her humanity so WEtv can have another hit program. Other fat people also don't deserve this normalization of self-hatred and fatphobia. Shows like this trigger eating disorders. It’s upsetting because instead of encouraging Mama June to focus on healing herself after the breakup of her relationship, the network thought that promoting a life altering surgery was the better route so that they could capitalize on it.

Unfortunately, 2.3 million viewers tuned in to watch the spectacle. And although we won't see this kind of degradation just disappear, Mama June hopefully will find peace after this journey is over.