Take The Cake: Don't Just Blindly Say 'You Inspire Me' 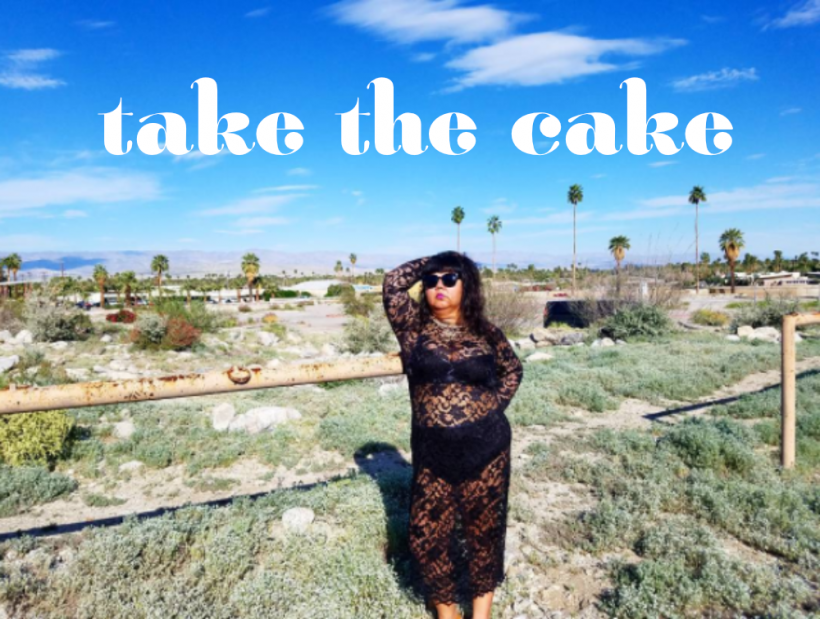 There's a difference between a person genuinely admiring your gifts, and a person who sees you as a way to feel superior.

Two weeks ago, I was in West Lafayette, Indiana. I flew into Chicago at around midnight, and I was picked up by new friend and hostess, Mel. Even though we had never, ever met IRL (she invited me to Indiana to speak at Purdue, where she works) she offered to pick me up in the middle of the night. And drive me the two hours to Indiana because I was facing the prospect of sitting through an 8-hour layover (made better only by the cheesy-caramely deliciousness of the Garrett’s popcorn stand and the dinosaur fossil that’s, like, 300 feet from the Garrett’s popcorn stand) only to then take a 30 minute hop-over flight.

“Are we getting d-nuts?” is the first question I ask Mel once I get in the car and decide we are going to be insta-buds. “I hope so,” she says. We end up at this place called Dat Donut on the Southside and stare hungrily at pastel frosted donuts through a wall of plate glass. We get a pineapple one, a vanilla one with sprinkles, some cakey ones, some yeasty ones. When the woman working the register asks if we want whole milk or 2%, we say in unison “whole.”

The next day, I walk through the halls of the campus. It’s snowing outside, and I manage to get from my hotel room to the building through a series of subterranean staircases and hallways. As I’m approaching one of the lecture halls, I see an image taped to the wall. The woman in the image is in a wheelchair. Above her head is the phrase “Not your inspiration.” The phrase resonated deeply and quickly.

A week later, I was hosting one of the artists from the Sister Spit Tour at my apartment. Her name is Jennifer Espinoza. She’s an amazing poet. We talk about this whole “inspiration” thing while eating a zucchini and mushroom scramble at the nook in my kitchen. I can’t tell if she’s shy or just finds talking laborious. I try not to take it personally, remind myself that it’s OK if people don’t talk constantly. She says, “Inspiration is the word people use when they feel like they can take something from you.”

As she washes her dish in the sink, her back to me, I ask her if I can quote her in this very article.

There’s a subtle difference between the disingenuous inspiration I’m talking about and genuine affection or respect, but I can always feel it. Often the linguistics sound only marginally different, but the energy and impact feel obvious.

On the face of it, being told I’m inspiring is a compliment meant to make me feel good. But there have been times that I walk away feeling anything but good.

There have been times when a woman has told me that I’m inspiring, and I sense that a silent contract is being drawn up in her head. She has already assessed me as someone who is not a threat to her in any way. It is through her fantasy of my inferiority that I can become someone she can safely admire, while in no way endangering or destabilizing thincentrism or fatphobia. It’s dehumanizing, plain and simple, to use another person to elevate oneself with no desire or capacity for mutuality.

I love when someone tells me how my work has been integral to their healing process, or when someone tells me that they love the way I write. There’s a subtle difference between the disingenuous inspiration I’m talking about and genuine affection or respect, but I can always feel it. Often the linguistics sound only marginally different, but the energy and impact feel obvious.

I’d like to advocate for more internal auditing before you tell another woman she’s an inspiration — especially if that woman has less privilege than you.

Are you bringing an agenda to the compliment? Are you mostly interested in making yourself feel good — or her?

If the compliment is more about you than about her, it’s time to ask yourself what you really mean when you say “you inspire me.”

If you like this article, please share it! Your clicks keep us alive!
Tags
take the cake
Virgie Tovar
inspiration
fatphobia
fat activism
body positivity