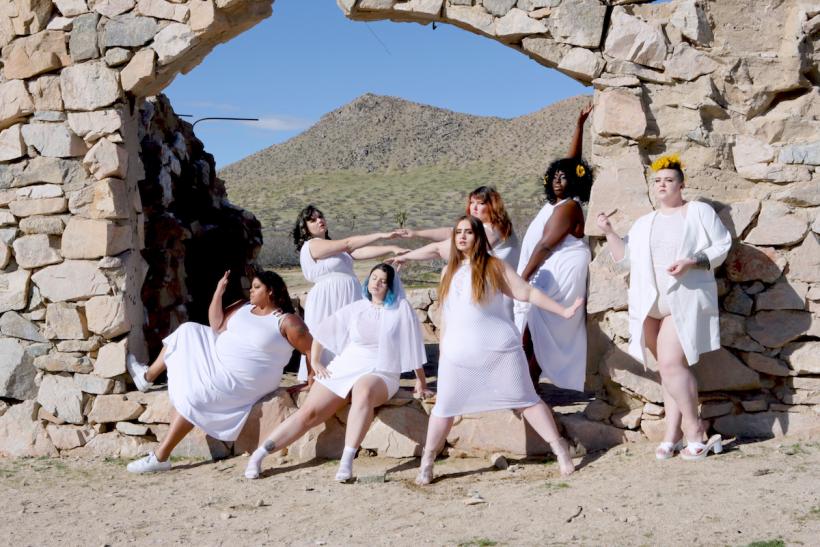 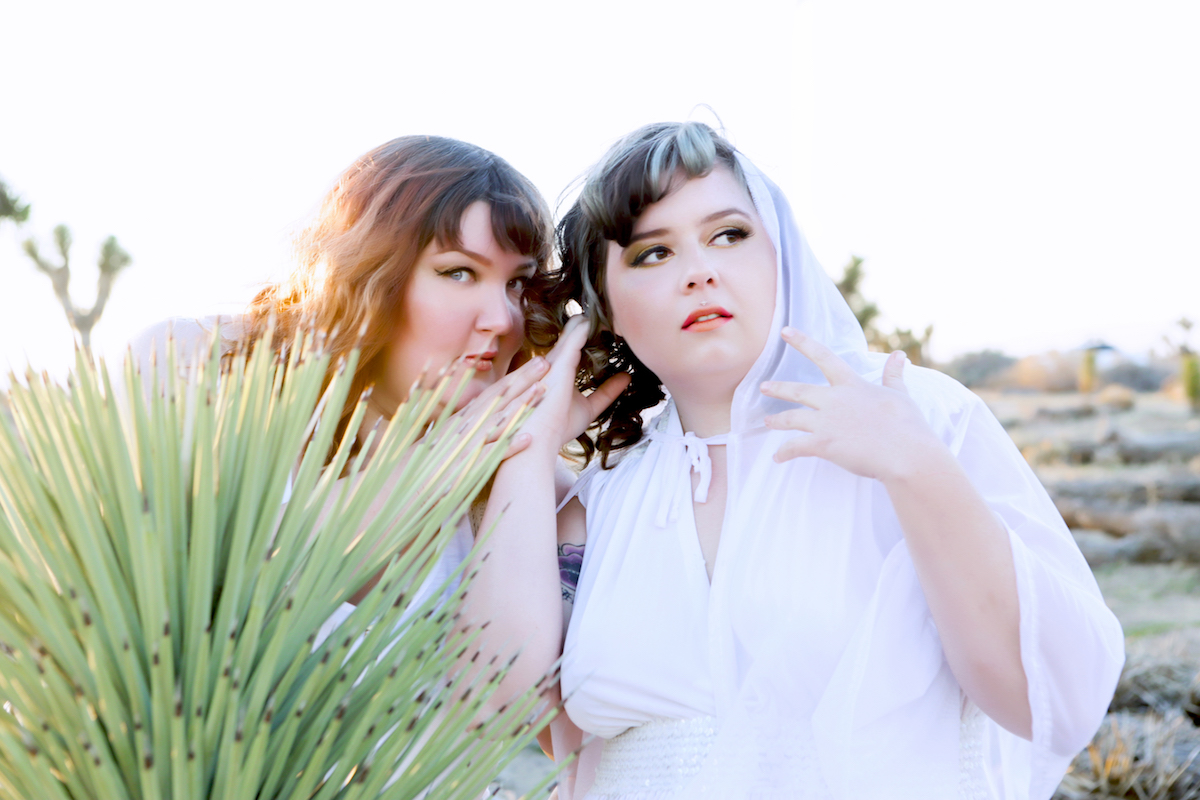 Photographer Suma Jane Dark is a femme of the road.

While they call the Pacific Northwest their current home, the Portland-based photographer regularly travels cross-country to create beautiful body-positive imagery with a slew of figures and identities. Their lens resting most lovingly on large-bodied femmes, the series serves as a love letter to ourselves and the women and femmes we love. The two of us paired our skills and friendship to cast and create a vision of strength free from a misogynistic gaze, one which celebrates strength with those pictured. 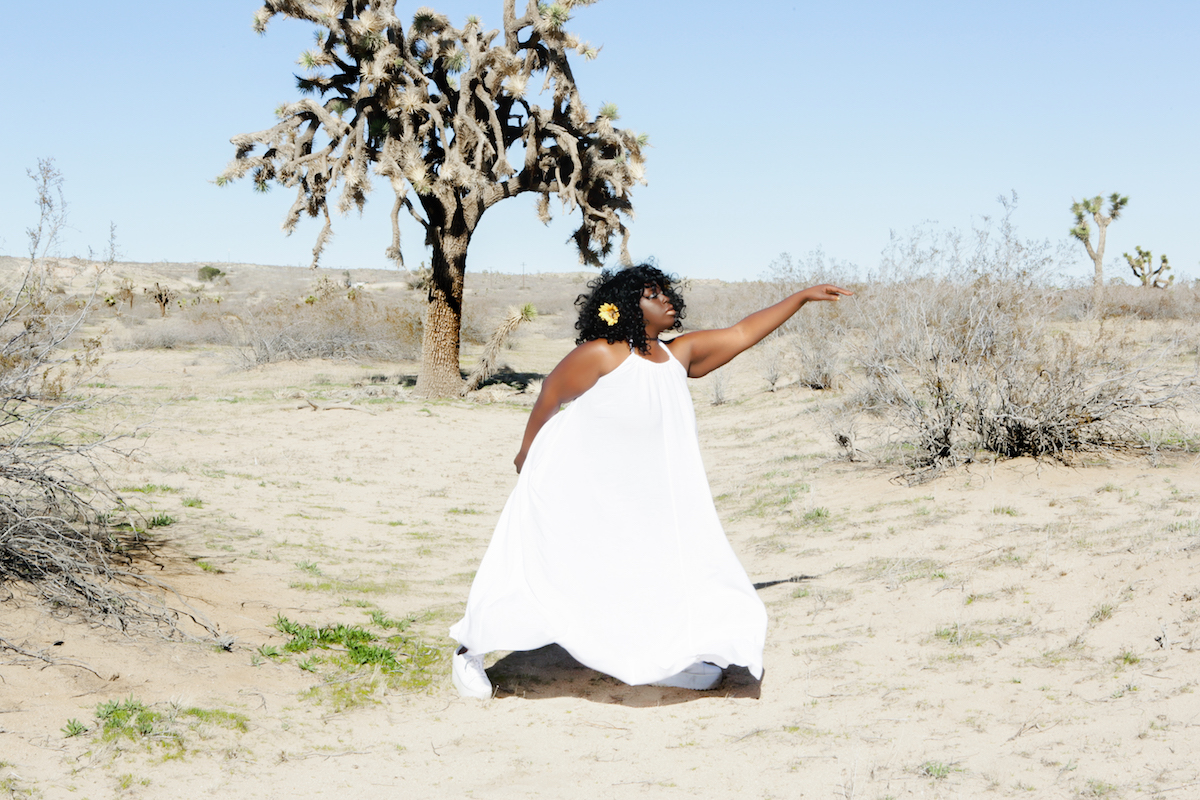 As their large truck chugged down the surprisingly verdant I-5 corridor between the Bay Area and Los Angeles, I had an opportunity to pick their brain about feminism and the inspiration behind their beautiful Desert Statues shoot, of which I had just participated. Ignoring warnings of inclement weather, we ventured out to produce the shoot.

It was a little crazy. Despite being surrounded by tremendous greenery between Portland and the Bay Area, we chose one of America’s toughest climates, though mercifully it was in the mild late winter. It has been uncharacteristically rainy, creating beautiful green spaces that were typically dominated by golden rolling hills. With a flash flood warning looming over the Los Angeles metro, it was a labor of love and commitment which paid off.

“A few years ago, I was driving near Joshua Tree and saw some statues on a hill. They were almost blending into the sunset. It was strange but beautiful, though it made my blood stand still in a way. The desert is gorgeous — it’s one of my favorite landscapes, but it’s also so inhospitable and harsh,” the 29-year-old photographer explained. “I just kept thinking about them being frozen there, the sun beating down on them day in and day out, with no escape. Since then, I’ve wanted so badly to go out into a desert area and work with the idea of statues against that kind of landscape, but with the idea that they have freedom and autonomy.” 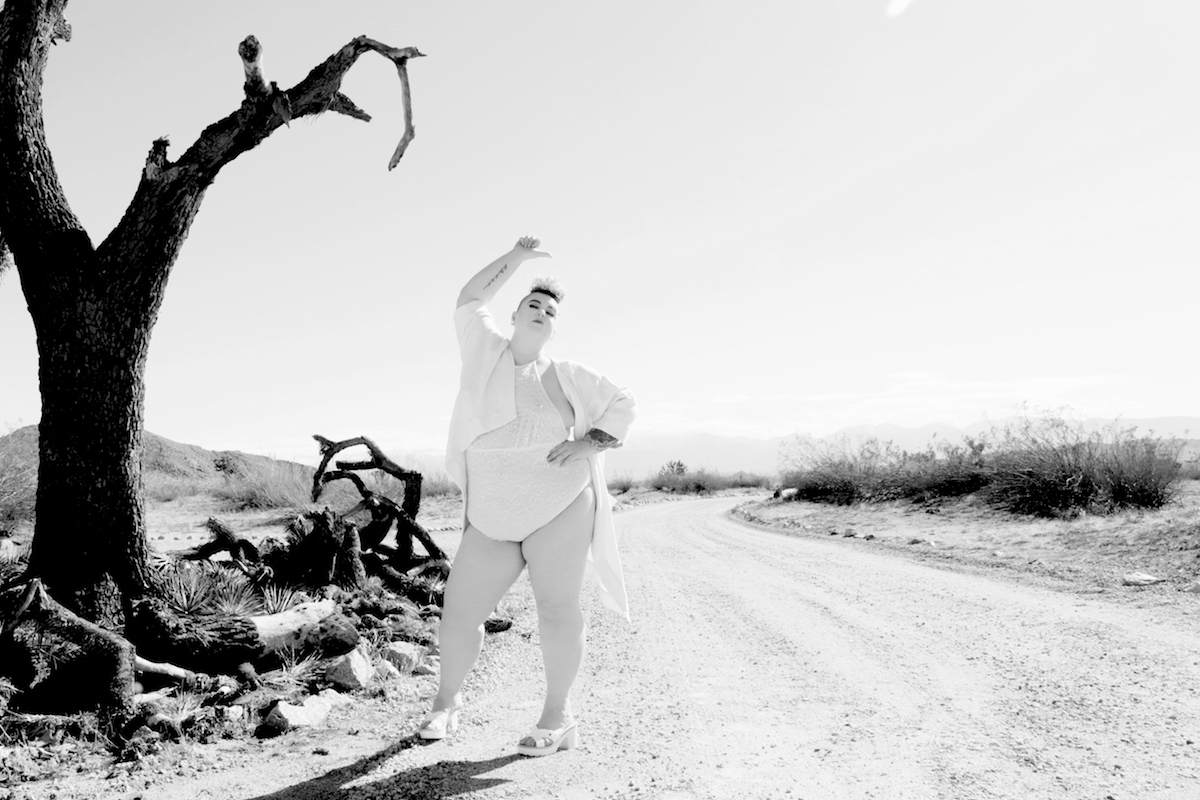 With the concept in mind, we cast several beautiful, diverse, plus-sized women and femmes for the sun-baked beauties, frozen in time.

Dark was seeking solidarity within the models themselves to translate her vision.

“Statuesque, with an undercurrent of solidarity between the models as they call their own power into their bodies and share that with each other. Because, ultimately, that is what you see happening on the ground level of the plus size fashion world- we are creating our own style stories, sharing them with each other, and empowering ourselves through these interpersonal exchanges. We are breaking free from the outdated modes of thinking that would try to tell us what is and isn’t for our bodies. We are deciding everything for ourselves now. We are inspiring each other and working together to create our own worlds,” they explain. 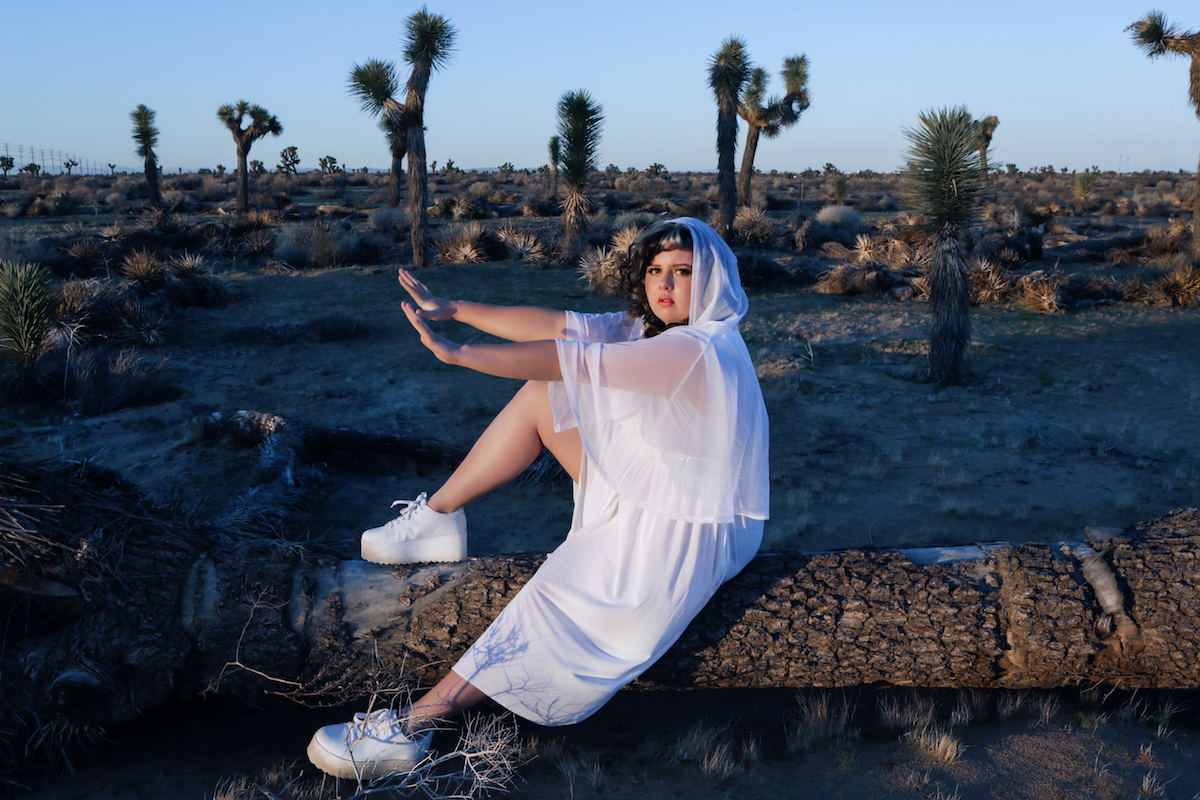 “I was thinking about how plus size fashion can sometimes feel like it has such a limited amount of silhouettes, shapes, and styles. It can feel a lot like having your body sculpted by an outsider when you get dressed, by the way the fabric hides some physical aspects and emphasizes others. Statues have always felt eerie to me,” Dark further explains. “I hate the idea of someone creating their ideal body and then that body existing to be objectified for all time. I hate the idea of these lifeless bodies just existing for everyone to project their definitions of value upon forever.

The same goes for fashion — what about what we want? Why does the presentation of our bodies have to depend on other people’s preferences for what they do and don’t want to see?

Why does it usually feel like there is one ideal body type that we’re supposed to emulate forever?” 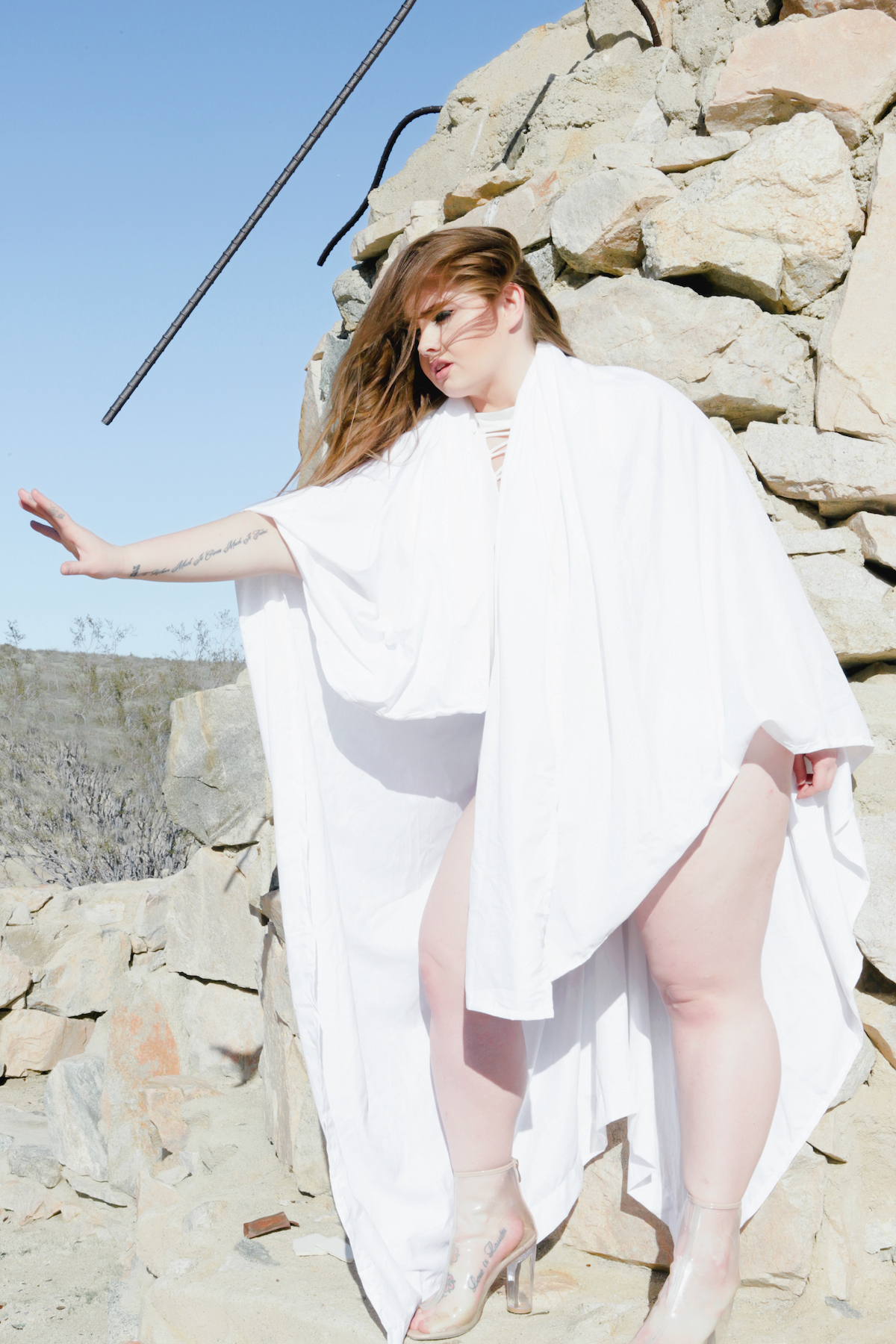 “All of the models put together their own looks for this shoot. I think they did such a great job! We had a big table and spread out accessories, looks, what have you. It was very communal. Everyone was so supportive of each other and so helpful in making each person’s desired look come to life. It was a real life version of what you see happening online between influencers, bloggers, and everyone who shares photos of themselves — all the same joy for each other and sense of community was there,” Dark continues. 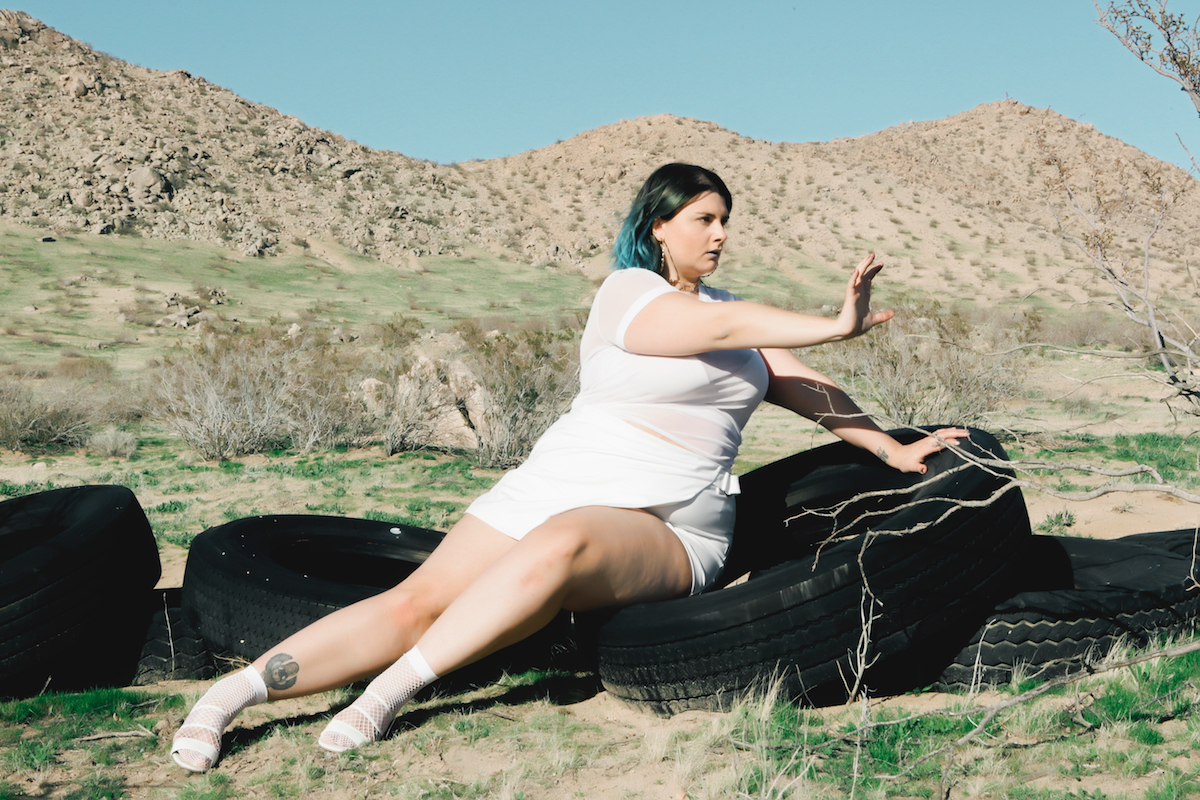 “There is so much power in seeing bodies like your own represented in a positive way. I grew up without that. Things are getting better for representation, but the engine of that movement is and has always been our own communities and celebrating and demanding respect and autonomy for each other. We aren’t letting anyone “sculpt” us anymore. We are choosing representation for ourselves and supporting each other. We are thriving in a cultural landscape that's been historically inhospitable. That’s beautiful to me. I wanted to celebrate it.” 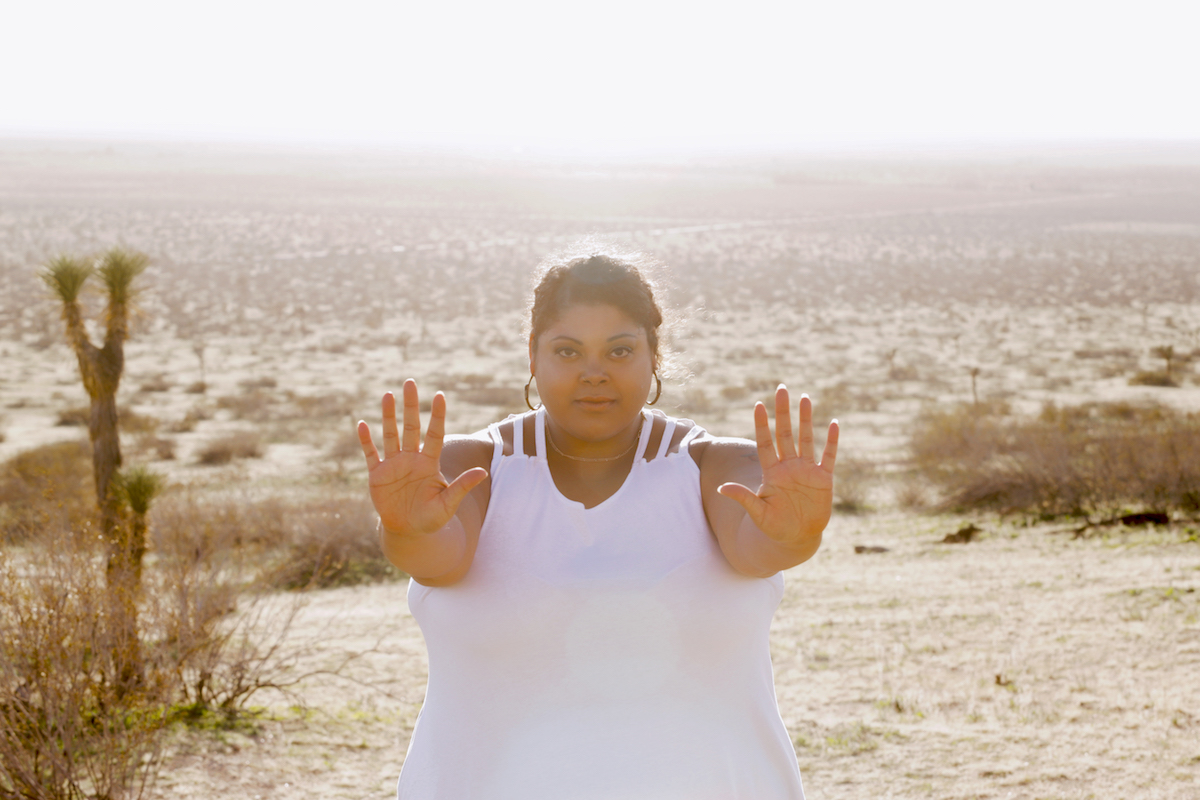 We often treat each other as competition, rather than community.

When the media and the world pit each of us against one another, the world defining the limits of existence for plus-size feminine folks, we have to step back with full self-awareness and begin to cut the ropes which tie us down and attach us to these constructs. “Unsculpted” examines with quiet admiration, shining a light on the strength within.