The Absent Parent: A Parent-Shaped Hole In A Child's Heart 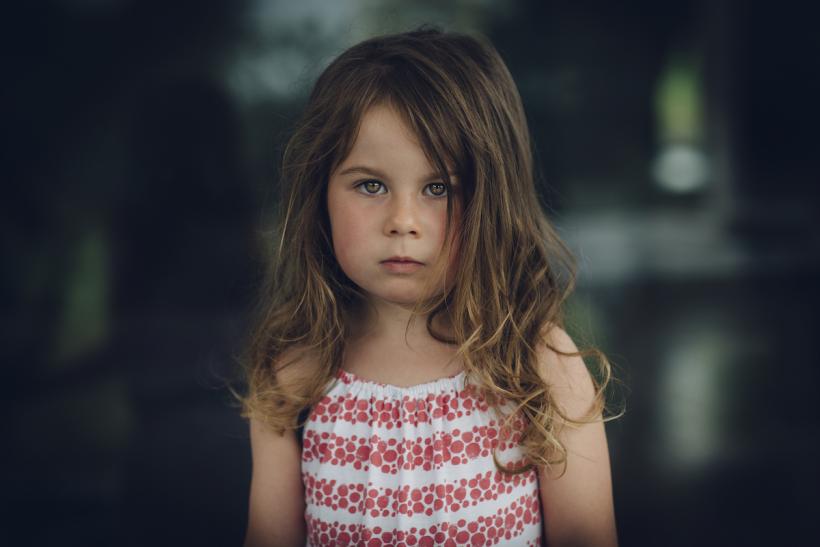 This article originally appeared on Divorced Moms and has been republished with permission.

A child of divorce will have plenty of opportunities during childhood to be reminded of the unconventional nature of their family situation. In an ideal situation, parents work together to keep the child’s life as undisrupted and conflict-free as possible. Sadly, many kids grow up regularly witnessing arguments and hostility between parents or bearing the multiple consequences of parents who can’t get along.

What is it like to grow up with an absent parent?

Each child in this situation may have a different reaction to the situation depending on the level of love and security they feel from other sources, their age and maturity, and ability to process and understand the circumstances. Some kids will always long for the presence of a missing parent, while others are either at peace or angry about mom or dad’s lack of involvement, and (at least on the surface) seem to accept the arrangement.

My father was missing from my life while I was growing up. I can’t say that it ached at me every moment of the day, but, I had plenty of questions about why he wasn’t there. I was well-adjusted in the typical ways. I earned good grades, I had friends, I didn’t get into trouble, but a part of me was always empty. I didn’t learn until years later that my dad wasn’t in my life by his choice. I was told that he could see me whenever he wanted to. The truth was that my mom did everything in her power to shut him out of our lives, and she was very successful in doing so.

Very few reasons will satisfactorily excuse absence from the life of a small, developing human who needs and wants you so much! The child may seem fine or may have other people involved who love him or her, but nothing can fully replace a parent in a child’s life.

I adopted an attitude that I was better off with him not in my life because if he didn’t want anything to do with me, then why would I want him?

If it had been true that he only saw me a handful of times between birth and my tenth birthday because he wasn’t interested in having a daughter, the attitude that it was his loss and he wasn’t someone I would want to know would be right on. In any case, hold onto that notion for a moment…whether the parent is a worthy person or not, it makes a child feel lower than dirt to not be wanted by their own parent!

I knew from observing other families and watching them on TV that if anyone in the world was supposed to love, want, and accept me, then why didn’t my parent want me? What made me unlovable? What was wrong with me?

I am an adult and a parent now, and maturity has made me content in the knowledge that nothing was ever wrong with me. There was plenty wrong with that situation, but I should have never been made to grow up believing I was unwanted or unloved. My situation was a matter of parental alienation. I know now that he made regular attempts to see and call me and was refused at every turn. This makes my grown-up heart feel a little better, but my childhood perception contributed to insecurity and difficulty in adult relationships.

My heart hurts the most for children who have a parent who truly does not want anything to do with them. Those parents really aren’t worth knowing or having the honor of being called a “parent."

Some children in this predicament never see their parent, and must live with the knowledge that mom or dad took off and obviously didn’t care at all what that might mean for their child. Other kids may see a minimally-involved parent from time-to-time.

Some reason’s for a parent’s absence are legitimate in the sense that they are very caring parents but have extreme extenuating circumstances that keep them at a distance, perhaps including chronic illness or military service. Those parents can at least help bridge the gap between time spent together by consistently calling, writing, and in other ways remaining a fixture in their child’s life.

Some parents are absent for their poor choices. As a social worker, I have worked with numerous families where a child is raised by grandparents, relatives, or in foster homes because a parent is incarcerated, has an addiction problem, or the child was removed because of abuse or neglect. What a world of pain, shame, and confusion these children are forced into!

I remember one boy telling me he wanted to rob a store so that he would be sent to jail and then he could finally be with his dad!

Some parents defy reason with their absence. They construct their lives to leave little room for their children between their work schedules, hobbies, and other relationships.

A girl whose parents have 50/50 shared custody finds herself living with her dad most of the time. Her mom is educated and could find any number of good jobs, but she consistently chooses ones that make her unavailable to be with her children most of her designated time with them. When she could be with her children, she instead chooses to go to the gym, sleep, or see friends. The girl is filled with anger at the world. In a weak moment when she let her guard down, she confessed that it tears her up that she only gets to see her mom eight days or less per month.

My plea, as an adult who was once a fragile, confused child missing a parent, is that if you have a child, you need to be there for that child!

Don’t have a child if you’re not going to be there!

Very few reasons will satisfactorily excuse absence from the life of a small, developing human who needs and wants you so much! The child may seem fine or may have other people involved who love him or her, but nothing can fully replace a parent in a child’s life.

If you divorce, don’t keep your ex from being in your child’s life.

Yes, you will break the heart of a caring adult parent, but, you will also do damage to your own child. Why would you want your child to grow up feeling unwanted?

Before you make a choice that could eliminate you from time with your child, think about what’s most important in the grand scheme of things. Could you get by with less and work a different schedule? Could you go out with your friends another time and spend the evening with your kids instead? Of course you should take time for yourself, and of course you have responsibilities you have to fulfill. Just keep an eye on your priorities and the balance to make sure your children have the place in your life that they deserve!

Think about how your actions are perceived by a child who can’t fully understand adult matters or motivations. No child should have to feel unloved, broken, or like a burden. Divorce causes enough chaos, but don’t let it permanently damage your child!

If you like this article, please share it! Your clicks keep us alive!
Tags
divorce
abandoning your children
divorce and kids
divorced moms
parenting