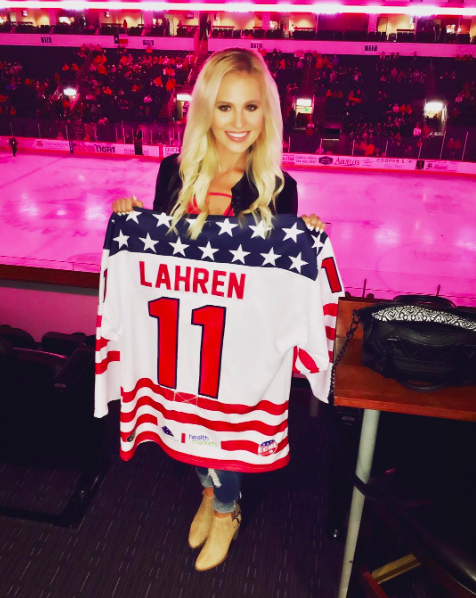 So in case you didn’t hear, everyone’s favorite conservative sweetheart Tomi Lahren was permanently banned from The Blaze after her appearance on The View on March 17th, 2017.

These are the words that started the outrage. Because how dare this little harlot criticize her own party. How dare she. It’s not like criticism makes people and things better on all fronts. It’s not like that’s how we grow and learn and change. It’s not like women should have freedom of speech and their bodies. Now, of course, this was after three months ago, when Lahren went off on a rant about killing babies and Lena Dunham. I mean I guess people can have a change of heart, but that was a rapid speed change of heart. People that voted for Donald Trump still ain’t ready to own the terror they’ve unleashed on the rest of us (and themselves as well, they just don’t know it yet), so I’m amazed by the quickness of Lahren’s hustle.

Not only is Lahren confusing in her views (or rather opportunistic), but she’s also got a lovely history with racism.

Whether it’s:
Calling Jay-Z a drug dealer and saying Beyonce was married to a drug dealer.
Calling BLM the new KKK.
Making fun of the Women’s March (those pesky women marching for the rights that Lahren so blithely enjoys).
Making fun of unemployed millennials (welcome to the club Tomi).
And mostly amplifying the voice of hate.

“Tomi’s looks may have jumpstarted her career, but hatred and bigotry sustain it.”

Special note: If you’ve ever shared her rants. I don’t care how far and long our families go back, know that I think you are trash.

The thing that makes this topic so interesting is that racism and patriarchy go hand in hand. The two are very strongly intertwined.

As a matter of fact, I think Forrest Gump would say the two go together like peas and carrots. Destroy one, and you will effectively help to take out the other — which is why I cannot stand with Tomi Lahren in any way now that she is on the outs with her own team.

I am counting down the minutes until she attempts to have a glorious return to infamy with a more moderate rebranded approach to her politics (which means toning down the racism from a ten to a five).  Similar situations worked out for her peers like Megyn Kelly. Kelly had a relatively lucrative career on Fox News doing racist news pieces on such amazing subject matter like the fact that Santa Claus and Jesus MUST BE WHITE. While some of the world argues over whether or not they were fictional characters, leave it to the overpaid lady mouthpiece on Fox to take a hard stance on their skin color. But when Kelly, you know, did her job and called out then Presidential Candidate Donald Trump for his overt misogyny, Kelly’s own party ate her alive. Meanwhile, many liberals were very quick to give Kelly a shiny new “Feminist of The Year” pin, while ignoring the hurt her brand of racism and bigotry has caused throughout the years. Same with Gretchen Carlson, who was all too happy to collect a nice payout from Fox after suing for sexual harassment as one of the many victims of Roger Ailes. Do I believe Carlson? Totally! But that doesn’t discount how well all of them played the game before they got burnt.

Just like Kelly and Carlson, Lahren had NO problem saying a bunch of racist nonsense in order to build and maintain her platform in addition to maintaining the status quo. So why should she need help from this little #BlackLivesMatter supporter now? Interestingly, when she says something vaguely feminist (and entirely self-serving might I add), notice how quickly her own were ready to eat her for dinner.

Do I think that Lahren was fired unfairly? ABSOLUTELY.

But Lahren has been playing that game all along while making fun of women for marching — for EXACTLY the reasons she now finds herself in the unemployed line for. So excuse me if this black feminist doesn’t race to her defense. The harm that Lahren has done to other women has significantly outweighed my desire to stand with her now that the hand that feeds her has left her out, standing in the cold.

“Tomi speaks her mind and is fearless. At this point in history, people are looking for people that say what they believe, regardless of the consequences,” said boss Glenn Beck who fired Lahren, it would seem for exactly those reasons.

And for those of you who fell for Glenn Beck’s narrative of turning over a new leaf, recognize how he handled this situation and how quick he was to throw this woman right under the bus. He knows there will be ten just like her, waiting in the wings. His actions very much prove that Lahren was nothing but a tool to him. Because the minute Lahren went off script and spoke up for herself (let’s be honest, this bold move was mostly about her), he and The Blaze had no use for her and discarded her very much like one would a used tissue.

No matter how much Beck tries to convince us that he’s turned over a new leaf, I am not buying it. Because a leopard may change its spots, but underneath he’s the same old cat.