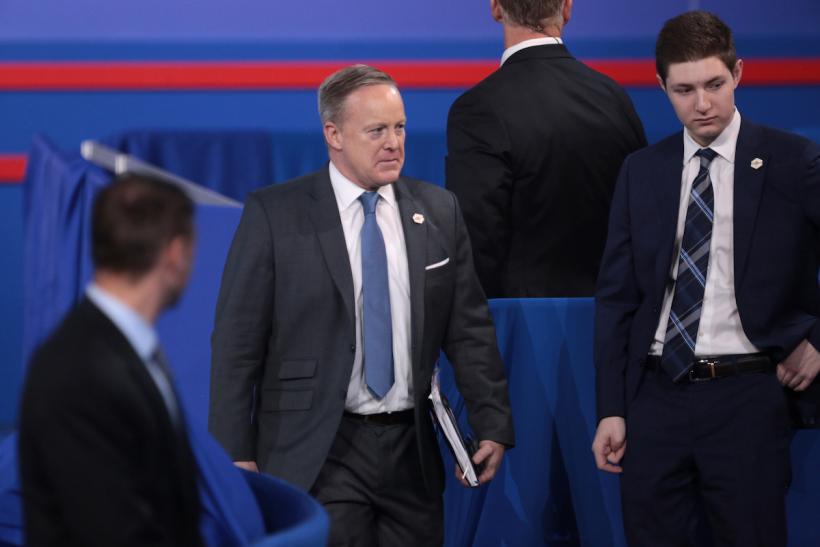 Sean Spicer has resigned as White House Press Secretary, much to the dismay of Literally No One.

Known for his strained — if not volcanic — relationship with the press, Spicer is also remembered by his touching tribute to “Holocaust centers,” his services as muse to the hard working folks over at SNL, and a persistent gum-swallowing habit. These will be tough shoes to fill. Not that anybody’s going to waste much time filling them, seeing as Trump’s revolving door of an administration seems hell-bent on dismantling this nation piece by healthcare piece, press secretaries be damned.

In the interest of helping our esteemed president find a replacement for Spicer as soon as possible, I submit five suitable candidates for White House Press Secretary:

Not only is Matthew McConaughey vaguely conservative enough to inspire at least some confidence from the Trump administration, but his drunken grandstanding is also perfectly suited for a Spicer-esque press conference. McConaughey is the perfect person to assure us that everything is “Alright, alright, alright,” in the face of whatever new Russian scandal comes up later this afternoon. And then the next one that’ll break tomorrow. And the one after that, too.

I rest my case.

I know it’s a stretch to invite a White House-insider to be part of this thoroughly anti-establishment administration, but hear me out for a second: What better candidate to deal with the liberal-biased media than one of their very own? Bill Clinton’s Left Shoe is perfectly suited for Spicer’s many important responsibilities: ignoring difficult questions, banging loudly on podiums, and failing to exhibit even the most basic indications of sentience.

3. The Bust Of Martin Luther King Jr. That Was Never Removed From The Oval Office

The MLK bust is, as you know, a treasured member of this administration. It would be “deliberately wrong” to suggest someone else, especially after seeing how dedicated the Trump administration is to honoring the legacy of Martin Luther King Jr — who I'm sure would totally agree with all the Trump supporters leveraging his quotes against Black resistance movements because he would "never encourage people to break the law!"

You express a great deal of anxiety over our willingness to break laws. This is certainly a legitimate concern. Since we so diligently urge people to obey the Supreme Court's decision of 1954 outlawing segregation in the public schools, it is rather strange and paradoxical to find us consciously breaking laws. One may well ask, "How can you advocate breaking some laws and obeying others?" The answer is found in the fact that there are two types of laws: there are just laws, and there are unjust laws. I would agree with St. Augustine that "An unjust law is no law at all."

No, not one of those Bushes. You know which bushes I’m talking about. The ones Spicey hid in — excuse me, amongst.

These bushes would have an exacting approach to White House press conferences. Precision down to the word.

This really is the best option out there. You could arguably pretend that Sean Spicer rethought his resignation and returned with as much gusto as ever. Just like Dave, except not like Dave at all.

Either way, Melissa McCarthy is better at being Sean Spicer than Sean Spicer is. She’s the perfect replacement.