6 Reasons Why Reverse Cowgirl Is The Worst Position Ever 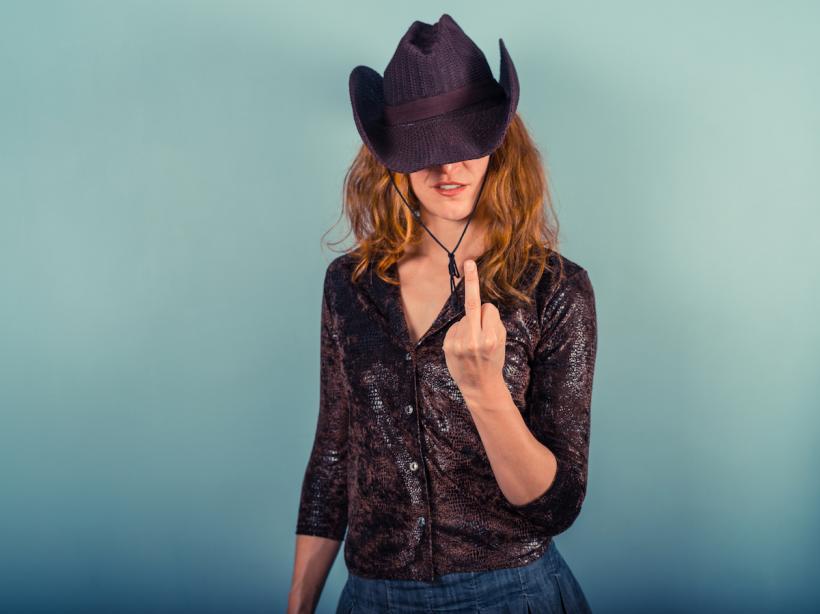 Let’s all say NO to this horrible sex position and call it a day.

There are certain positions in every woman’s repertoire that we would rather do without. We all have those sex positions we know how to do, but like to pretend we don’t — or flat out refuse to engage in because they suck.

For some, it is missionary or other vanilla positions like it. For others, it’s anything that has to do with being choked by a penis/strap-on/dildo of any kind, a la 69.

I personally find shower sex abhorrent. You cannot get lubed up in a shower. Water is wet; water as lubrication is a logical fallacy we all must move on from. Not to mention the likeliness of falling on slippery tile and shattering one’s hip while thrusting.

And despite this rant, and my obvious disdain for intercourse in the loo — there is no position I despise quite like reverse cowgirl. Nay, it is the worst of all positions.

It is the g-string of sex positions — unnecessary, uncomfortable, and made for the enjoyment of men.

Here are six reasons why reverse cowgirl is the worst position of all the sex positions, ever created in the history of time.

1. Vaginas are not supposed to be entered from that angle.

The vaginal opening is meant to be entered at an upward-sloping angle. It’s just the way the vagina is made. That is why it goes in comfortably during a regular cowgirl or missionary position: the opening is the same shape as the penis/strap on etc.

For any woman who despises cardio to the very core of her existence, cowgirl in any shape or form, will not rank highly on her list of go-to sex positions. Bouncing up and down is completely exhausting. Before the 10-15 minute session is through, you genuinely feel like you’re going to throw up, not come.

Reverse cowgirl is even more exhausting than regular cowgirl because there is very little room to take a break to grind against the penis/dildo/vibe inside you. You have a virtually non-existent range of motion in reverse cowgirl.

You can’t move in any way that is remotely pleasurable. It’s like being in a constant squat. The thigh-burn is so real. This position is so tiring. Words cannot even do it justice.

3. He kind of expects you to play with his balls and who has energy for that?

Meanwhile, if you’re having sex with a male who has balls, he expects that since you’re there, you should be down to rub, fondle, or massage his sack.

You’re in a constant squat, trying not to die, staring at the clock on the wall waiting for this hell to be over and meanwhile, homeboy thinks it’s time for ball play. Hell no. You deserve an award if you go for reverse cowgirl, seriously.

4. It’s the most inconvenient position of all.

This sex position is fucking awkward. It’s not even one you can seamlessly transition to. You’d think you could just spin around from regular cowgirl to reverse, but you can’t; your vagina is not straight up and down, and you are not a spinning top.

It is not cute to have your partner pull out, clamber over their naked body and then re-enter from the back. It takes the wind out of your sails. Well, my sails anyway.

I am fueling my own rage writing this right now. I admit it.

5. Coming is not even on the table.

I guess some people can come in this position. If you can, you are a champion. You are so incredible you should probably just put in on your resume: Can come in reserve cowgirl. It is that amazing. I’d hire you.

I have enough trouble coming in a regular, miserable cowgirl, let alone reverse. I’m far too busy trying to lean back and make the position look attractive, rather than hunch over like a gargoyle, to worry about my clitoris. This position is like the anti-orgasm.

And that’s probably because...

6. Reverse cowgirl was created by men, for men.

Fuck reverse cowgirl. Let’s all say NO to this horrible sex position and call it a day.

If you like this article, please share it! Your clicks keep us alive!
Tags
Sex
sex advice
sex position
Sex Positions
reverse cowgirl