6 Signs You Have Trouble Committing To Relationships 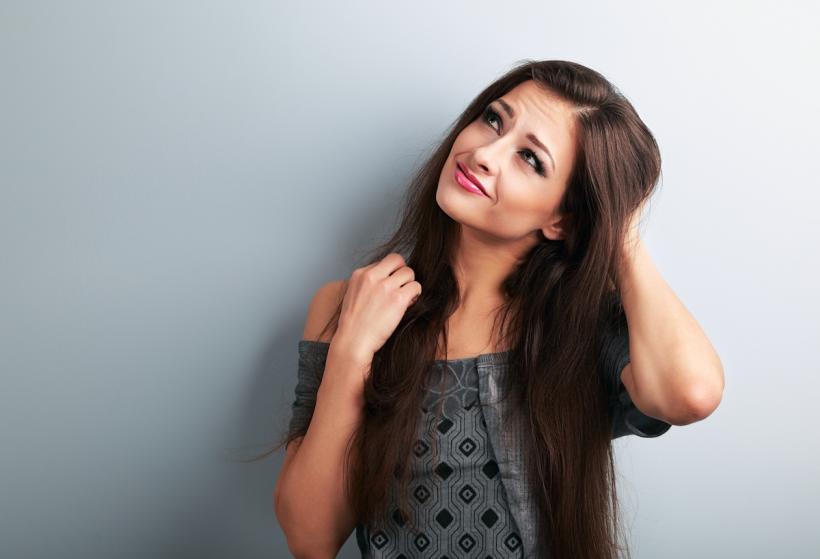 It had everything to do with me. Something always felt... wrong.

I have been in so many relationships that sucked. Some of the time it had nothing to do with the relationship or the person I was dating.

It had everything to do with me. Something always felt... wrong.

I had a weird feeling in my gut. A sense of impermanence always plagued me. I felt guilty for not being a better girlfriend. I blamed myself for every wrong thing I did — which were many. There were a lot of infidelities. There was a lot of restlessness.

Eventually, I did end up settling down. Commitment was a long time coming, it turned out. It took many years to be ready for it. Some of us never are. If you’re not, that’s fine. There is nothing wrong with you. We all have different ways we love, live, and get by.

Here are six signs you have trouble committing to relationships:

You have a lot of trouble putting a label on a relationship.

I guess it seems pretty reasonable to suggest that resisting a public display of commitment is a sign that you are a person who has trouble committing to relationships, but it’s not always as obvious as it seems.

We often convince ourselves that we’re “just not ready for a label,” when we just aren’t ready for a relationship at all. You can tell yourself you’re just “taking it slow” all you want, but are you really taking it slow? Or are you enjoying the attention and affirmations you receive from this person who likes you, but don’t want to give up dating or fucking other people?

Relationships should make you excited. Love should inspire you to tell people you’re taken. If you’re not into locking it down, you might have issues with commitment.

You act single when your partner isn’t around.

If you do wind up in a real relationship with labels, do you tell people you have a boyfriend or girlfriend when you’re not with your partner? If you don’t drop your relationship status while flirting wildly with a cute person at the bar, it’s possible you’re not particularly ready to be someone’s partner.

If you sleep with someone else, you have a problem.

You may want to have your cake and eat it too, but this is not how committed relationships work. You can’t go home with someone you just met because you like them. You can’t kiss strangers because you’re afraid of missing out.

If you’re constantly plagued by FOMO, it might be indicative of your trouble with commitment. It’s not necessarily a bad thing. It just means you have to own it and decide if you’re OK with this fact or want to work to change it.

You feel restless and antsy when you’re with the person you’re dating.

With the feelings of FOMO come an unyielding restlessness. If you feel anxious every time you spend a night with your partner, don’t ignore it.

It could be jitters, and maybe you’re just new to the whole “relationship thing.” This is entirely possible. Pay close attention to how you’re feeling. If you feel like you’re constantly suppressing urges — the urge to meet up with friends, the urge to makeout with someone, the urge to fuck someone else — you might want to reconsider the relationship. It isn’t fair to either person to say you want one thing when you really want something else.

I’ll never forget the first time my now-ex told me he loved me. I froze. I wasn’t happy. I knew I was supposed to feel happy. I was actually kind of nauseated. I pretended I didn’t hear him. When he said it again, and then again, I felt obligated to say it back.

I didn’t mean it, and I only ever said it as a response to him saying it first. I said, “I love you, too,” but never an unprovoked, “I love you.”

I stayed in the relationship a lot longer than I should have because I liked the security of being in a relationship. If you are saying “I love you” and don’t mean it, walk away. Life is too short for sad shit like that.

You love to party.

It may seem like partying and committing are mutually exclusive, but they are not. If you’re a person whose favorite pastime is partying, it’s pretty likely that being in a committed relationship is not your thing.

It’s not to suggest that alcohol would necessarily be the only factor to being a bad partner or cheating, but partying all the time reflects a lifestyle that doesn’t usually mesh well with a long-term relationship.

In my experience, the men I attracted as a result of my party girl status (and the ones who were into the fact that I was casually blacking out several nights a week) weren’t worth my time.

Committed relationships don’t mean you become boring. They are just a part of growing up and gaining responsibility for your life and actions.

You prefer being alone or with your friends to being with your partner.

I think we’ve all had a partner who made us feel alone even when they were around. It isn’t necessarily anything they do. It’s just a feeling.

If being with the person you’re dating makes your skin crawl, it’s just not right. If you prefer being with your friends over anyone you date, perhaps you don’t like committing to relationships.

Instead of settling for something that feels stable and comfortable, wait for something that excites you. It’s entirely possible that commitment isn’t for you, under any circumstances, but if you keep dating people you don’t like, you’ll never find out.

If you like this article, please share it! Your clicks keep us alive!
Tags
Relationships
committed relationship
commitment
fear of commitment
monogamy