6 Ways Falling In Love Is Exactly Like Drug Addiction 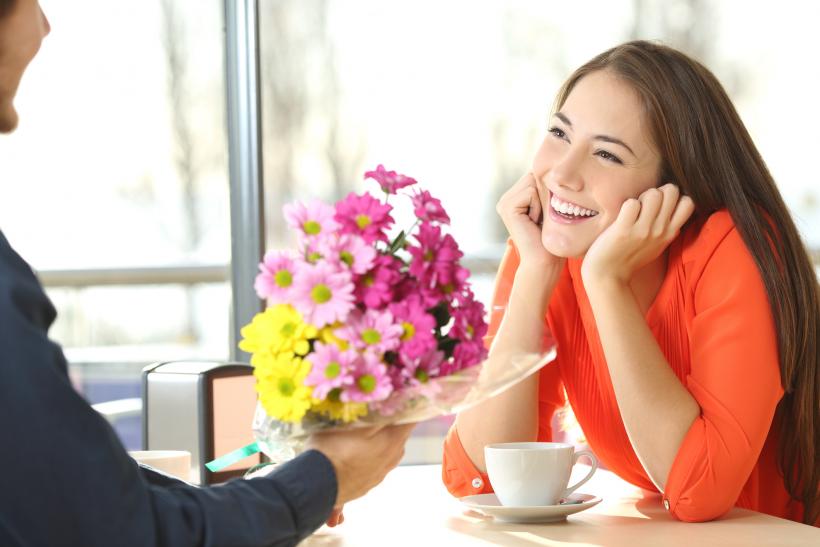 Here are six more ways falling in love is like doing hard drugs. Consider yourself warned…

On my first date with my husband (now ex-husband), I locked myself out of my apartment on the way out the door because I was so nervous. I’d known him for a while, but the week before, we’d both been at an art opening where we had a little too much wine and ended up kissing in the street at the end of the night.

That was all it took to turn me into a complete wreck, wondering if he’d call (this was the Dark Ages, before texting), and then after he did, obsessively planning my outfit and counting the hours until he showed up at my door. I hardly ate, had trouble sleeping, and walked around with a stupid grin on my face as nervous butterflies danced in my stomach.

After that first date, which didn’t end until the next morning, when my building’s super came to my rescue and let me into my apartment, I sank down onto my sofa, exhausted, and fell into some version of a blissed-out coma, which lasted, more or less, for the next few years.

I’ve been in love a couple of times since then, and while the details and circumstances have varied, certain things have been true every time I’ve fallen hard for someone. I’m perpetually in a great mood, it’s easy to make conversation, I want to have tons of sex, I feel super confident and good about myself, and in general, I feel more alive and tuned in to everything around me.

You know what else can make people feel like that? Snorting cocaine. According to an article on cocaine.org, getting high on cocaine leads to “enhanced mood, heightened sexual interest, a feeling of increased self-confidence, greater conversational prowess and intensified consciousness.”

That’s enough to scare me, a girl who grew up in the era of Nancy Reagan and “Just Say No.” But if that doesn’t freak you out, here are six more ways falling in love is like doing hard drugs. Consider yourself warned…

1. It messes with your brain chemistry.

Anthropologist and love expert Helen Fisher has extensively studied what new love does to our brains. Her experiments revealed that when we are in the beginning stages of falling in love (known as ‘limerence’), our brains are flooded with the same chemicals as the ones associated with cocaine use. Norepinephrine gives us a rush of  energy, seratonin fills us with self-confidence, and dopamine is the engine that generates feelings of pleasure.

Limerence lasts an average of 18 months to three years, according to psychologist Dorothy Tennov, who coined the term in her 1979 classic, Love and Limerence: The Experience of Being in Love. And being in this state, just like being high on drugs, is a little bit dangerous, as you can imagine…

2. It impairs your judgment.

Drug addicts are notorious for making bad choices. They ruin relationships, run up debt, commit crimes, and perpetrate acts of violence. And so, too, do people in love. That’s because those same chemicals making us happily loopy also knock our moods out of whack. Our decision-making ability is impaired, and rational thinking goes out the window. All we care about is the person we’re besotted with; nothing else seems important.

That’s not to say we shouldn’t make any decisions in the early stages of being in love, but it’s not a bad idea to be cautious – or at least to be aware that you’re not operating under normal circumstances. Enjoy being in love; just take it easy when it comes to taking any huge, life changing leaps.

3. It makes you more likely to believe in God.

If falling in love doesn’t have you out getting ill-advised tattoos and planning to move across the globe, it could send you to church. According to Slate, changes in brain chemistry (like the ones induced by smoking crack or falling head over heels in love) often leave people more open to spiritual experiences than they would be otherwise. Messing with brain chemistry can lead to imbalances that affect your ability to reason, as well as changes in your personality. You’re more likely to see things that aren’t there and believe things without evidence – in other words, you might have a spiritual awakening.

In 1962, researchers gave ten volunteers the drug psylocybin (the active ingredient in magic mushrooms) in the basement of a chapel at Boston University, wondering if it would cause them to have a spiritual experience. And indeed, the combination of the religious atmosphere and the drug did cause every study participant to have some sort of religious experience.

One of the reasons drug addicts end up on the streets after going broke is that in order to keep getting high, they have to keep taking more and more of whatever it is they’re hooked on. That’s because over time, our brains get desensitized to drug use. The receptors in our brains get dull, and it takes more to get the same rush.

Love is much the same. After all, at some point we have to start eating and sleeping regularly. We can’t sustain those first intense feelings, or we’d never get anything done. We’d be having sex nonstop, forgetting to pay our bills, blowing off work, and running ourselves into the ground. For most people, this easing of the first bloom of love is something of a relief. We can resume our normal activities, not have butterflies all the time, and get to know our beloved without so much heightened emotion. But love addicts keep chasing that initial feeling of infatuation, just like someone on drugs. They often cheat on their partners, or else break things off quickly, so they can go chase a new high.

Have you ever gotten so carried away staring into your partner’s blue eyes and listening to his sexy voice that you don’t actually take in anything he says? There’s a name for that. ‘The Dr Fox Effect’ was named after an experiment in which a charismatic actor who went by ‘Dr Myron Fox’ gave a speech to an audience, in which he was funny, charming, and persuasive – and said absolutely nothing of substance. Still, the audience rated his lecture as interesting and informative, and gave him an overwhelmingly positive reception.

Researchers concluded that when people’s seratonin levels are boosted by someone they find good-looking, funny, and charming, they turn off the part of their brain that thinks critically and evaluates information. So that might be why, when you come out of your love-induced haze, you sometimes shake your head and say, “what was I thinking?!”

6. Withdrawal is a bitch.

I’ve never come down from cocaine, crack, heroin, or any other controlled substance, but I have certainly weathered my share of broken hearts (and become an expert in how to survive them). So maybe I actually have had a taste of what it’s like to go into withdrawal.

If you google ‘drug withdrawal symptoms,’ you get the following: lethargy, loss of appetite, shakiness, agitation, crying, depression, anxiety, insomnia, nausea, confusion, loss of interest or pleasure in activities…just to name a few. Yup, sounds familiar. And while I’m sure listening to Barry Manilow and eating chocolate doesn’t take the edge off a crack addict’s withdrawal symptoms, let’s face it – it doesn’t help that much when your heart is shattered, either. But it’s comforting to know that there’s science behind the craziness of falling love, and the pain of losing it.

If there’s a 12-step program for people in love, let me know…

If you like this article, please share it! Your clicks keep us alive!
Tags
falling in love
Love
addiction
drug addiction
love addiction
science