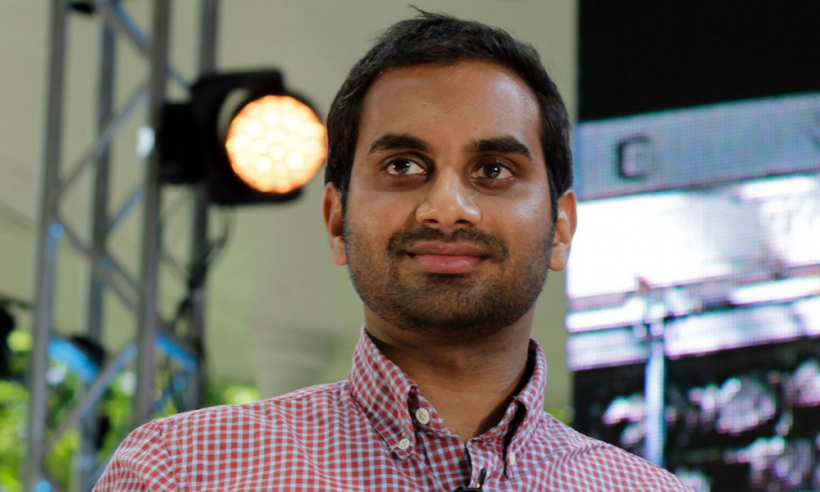 By Timothy Krause [CC BY 2.0 (http://creativecommons.org/licenses/by/2.0)], via Wikimedia Commons

Last Sunday, we were still on an after week high from those fantastic Golden Globes. It was an award night to remember, where women and their “time’s up” speeches echoed with so many viewers. Oprah’s memorable speech was still the talk of many — with artists and women of different professions honoring her online. And while many people were vocal about identifying the “hypocrisy” of certain male artists wearing Time’s Up pins — such as Justin Timberlake (for his work with Woody Allen) and James Franco (for sexual harassment claims) — just last Sunday, there was still an undeniable buzz from that electrifying and glamorous night.

Until a not-so-glamorous story broke out about Aziz Ansari and a night that his date described as “the worst night of her life.”

In an interview published on babe, a 23-year-old photographer from Brooklyn, who went under the pseudonym “Grace,” explained in detail how her date with the actor took a turn for the worse — resulting in nonconsensual sexual advances on Ansari’s part. Once the story broke, it received a lot of mixed responses from the media.

There was The Atlantic's eyebrow-raising article that found the babe story “humiliating and unfair" and an opinion piece published in The New York Times calling the event “bad sex." Other publications explored how this story exacerbates the importance of teaching consent as early as possible.

But, two things have struck me while processing this story — one, just how much this story has resonated with other women who have, unfortunately, been in similar situations and, two, the mixed reactions by the public. Some have argued that “she could have left” or “she should have been vocal” or “he’s not a mindreader.” Others called the event wholly coercive and non-consensual.

These differences in opinion just go to show how crucial and necessary a comprehensive sexual education is.

A study about the current state of sexual education in the US published in 2016 by the Journal of Adolescent Health has stated that “despite great advancements in the science, implementation of a truly modern, equitable, evidence-based model of comprehensive sex education remains precluded by sociocultural, political, and systems barriers operating in profound ways across multiple levels of adolescents’ environments." As a consequence, we are dealing with an outbreak of ignorance on a topic that is a normal part of human behavior: sexuality. The researchers from this study also mention that “at the societal level, deeply rooted cultural and religious norms around adolescent sexuality have shaped federal and state policies and practices, driving restrictions on comprehensive sexual and reproductive health information, and service delivery in schools and elsewhere.”

However, what we fail to see is that teaching teenagers (and children, which I will get into later) is a basic human right. So much so that the UN Committee on the Rights of the Child emphasized back in 2003 that governments should “ensure children have the ability to acquire the knowledge and skills to protect themselves and others as they begin to express their sexuality.”

How do we expect adults — such as “Grace” or Aziz Ansari — to understand the essential components of consent if we are not emphasizing this type of education as early as possible?

Not all is doomed, though. Some organizations, like YES! (Your Empowered Sexuality) are taking matters into their own hands and teaching consent as early as kindergarten. YES! is a “Montclair-based organization that seeks to empower young people and deconstruct rape culture, with an intersectional feminist perspective through educational workshops about consent and the broad spectrum of sexuality.” As one of the founders explained in a recent interview with Broadly: “if you can't talk about your body parts and sex, then how are you going to have good sex, healthy sex, safe sex, consensual sex?"

This is where it all starts: a healthy conversation ASAP about our body, its parts, and consent in all types of relationships. This sets up the foundation for future sexual encounters and the understanding of what consent entails.

An essential part of what has people confused about this particular story is the “consent” portion. I always go back to the four parts of consent, as explained by the SAFE Homes Rape Crisis Coalition. Consent is active, which reinforces that “only yes means yes.” It’s based on equal power — which means that if a person is under the influence of a drug or alcohol, or is in a vulnerable position, consent becomes more difficult. It’s a choice, as opposed to coercive, which seems to be the focal point of this story, in the sense that no one should feel pressured to give consent if they don’t want to. Lastly, it’s a process — which to me is the essential part of all of this  —meaning that a person can change their mind at any point if they feel uncomfortable. And this should be respected.

I envision a future where children receive this education as early as possible. As a feminist sister put it — “people tend to forget that the whole point of raising a child is achieving an emotionally stable, responsible, and reasonable adult.” We are at a point in history unlike any other, where women are speaking out and unapologetically telling their truth. But, it’s also a valuable reminder that we need to start acting earlier on, as well. What are we going to do to prevent these type of situations happening in the future? More importantly, what can be done right now?

If you like this article, please share it! Your clicks keep us alive!
Tags
aziz ansari
#metoo
Time's Up
consent
sex ed