There Are Fat Positive People Who Want to Lose Weight, And They Are Scared 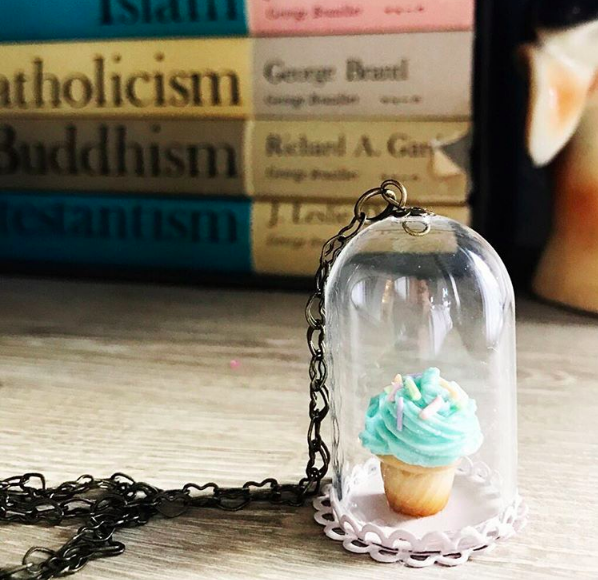 I'm going to tell you a secret. The secret is mine (though arguably no longer a secret in my case), but the secret also belongs to more than handful of folks in the body positivity/fat positive community — it's a small part of the community, but a part of it nonetheless.

They are afraid that the pain in their back/knee/hip will only get worse as they age because it's already bad enough.

They are afraid of diabetes because even though they've read the studies that say fat does not automatically equal diabetes, their mother/father/grandmother/grandfather already has diabetes.

They are afraid that heart disease is coming for them, because their father just had a quadruple bypass.

They are afraid they will leave their children without a parent, because they didn't do anything about their health before it was too late.

They are afraid that they will die early because they have watched their family members die early.

They are afraid that their weight could be a contributing factor to these health problems.

And they are afraid of the rest of their community.

They are afraid because they know that if they say any of the things they are afraid of, they risk being shunned and cast out from the community they love.

It is the community where some of their dearest friends are.

I know, because it’s my community, too.

I found body positivity — or the movement, anyway — by accident. I wrote about my life and my recovery from eating disorder. I ended up on TV. I ended up at Ravishly. I ended up meeting some of the best and most brilliant humans I've ever had the pleasure of calling friends.

Some of those friends have quite literally changed my life.

Because of the profound impact those humans have had on me, the possibility of those friendships dissolving because of something I wrote, said, or did is devastating. But the idea of living in silence — of living inauthentically — is embarrassing. And the idea of living in pain, of not being able to chase my kids or climb my stairs without pain or breathlessness because I was afraid to do something for my body, is unbearable.

So, 20 weeks ago I started showing my body the care and concern it deserved. I started sharing this experience with my readers because I wanted to offer support. Because I needed support — because it felt like the right thing.

I didn't know if I'd be hated. I didn't know if my inbox would fill with the letters of people furious with me for being a deserter. I didn’t know if anyone would relate when I said I wanted to create a space between fearless fatty and fit and fabulous and obsessed.

But I knew that a space like that didn’t exist, and I knew I needed it to.

I knew my body would feel better if it were smaller, because it's been smaller and it's felt better. I knew that the ankle pain I’d been feeling for 20 months wasn’t going to improve if I didn’t do something. I knew that math is one sure thing in the universe, and math says every pound of weight I carry puts four pounds of weight on my degenerating ankle.

I didn't know if the changes I made would make a difference in my physique. Best case scenario, they would and I'd feel better because of the alleviated pressure on my poor foot. Worst case scenario, I'd be peeing 17 times a day and end up living in my bathroom.

I don’t want the community that drew me close when I was fat — that protected me from the world that hated me for being fat — to push me away, to thrust me back into that world now that I’m less fat.​

I went in hoping that I’d eventually be smaller, because while diets don’t work, living with intention, caring for your body and brain does work. And maybe doing those things would help my body find its set point. A set point lower than the current one.

I wasn’t sure what would happen, but I pledged my transparency, and I’ve kept that pledge.

I told you when I struggled with the scale.

I told you when I couldn’t stop counting calories.

I told you when I changed my meds.

Because at a size 14, I’m just not that fat enough anymore. I can buy clothes in the section of the store that’s at the front instead of the back. I’m not relegated to a few specialty stores and online shopping. I’m not fat enough to be a fearless fatty, but I’m not thin enough to be fit and fabulous.

I’m somewhere in the middle.

And I’m scared to have to live here alone.

It's not so much that I'm scared to be criticized or told that I'm wrong. I'm scared that I'll be told that people hate me for being wrong, that the criticism will be about my worth as a human being.

Social justice circles gave us a place to be protected. But somehow they’ve turned on us. They’ve become a place where we aren’t sure we can be protected any longer. We aren’t sure what we can say because saying the wrong thing might make someone angry. And someone that is angry might make us feel inauthentic, inferior.

Does saying that we want to be different imply that different is better? Or is different just better for us?

We might lose our circle and be forced back into the pain of the rest of the world.

In our most sincere desire to correct the wrongs, to make space for ourselves. But maybe we have overcorrected in the process. We have turned toxicity into acceptance, and maybe now acceptance is becoming its own toxicity.

We are scared to say we don’t want to be fat because saying that somehow means that we can’t love other people who are fat? Or saying that means we are trying to impose our nefarious agenda on the people we think are fat, that shouldn’t be fat? We are scared that the acceptance we felt has turned against us.

Does saying that we want to be different imply that different is better? Or is different just better for us?

I am scared to ask my community because I fear that I already know their answer. I fear that it does not match mine.

I did not, and do not, know all the answers. I don’t know if I will ever have all of them. I don’t know if going into this hoping that my body would regulate to a lower weight is bad. I didn’t know if my weight would budge at all. I didn't know if results other than my hopes would make me feel sad, desperate, or disordered. If it didn’t budge at all, I wasn't sure what would happen to my ankle, to my mobility.

There are a lot of things I still just don’t know.

I do know I am trying to find a space that I can live in, somewhere between this side and that side, somewhere between obsessed with food and living with reckless abandon. I’ve been working hard to find that space, and I think I’ve honed in on it. It is a place that exists. And I want to invite you to it.

If you’ve felt that you aren’t sure where your community is, it is here.

If you like this article, please share it! Your clicks keep us alive!
Tags
fat positive
body positivity
body acceptance
beyond before and after