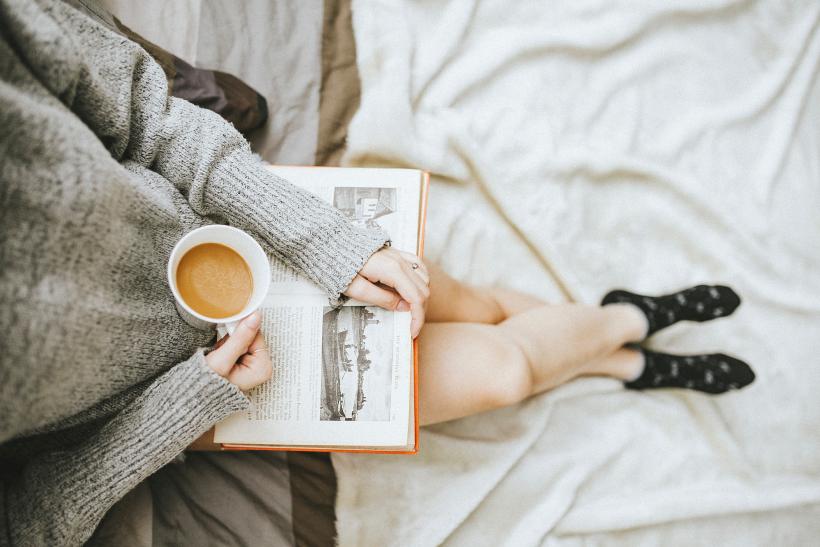 During my first psych hospitalization, I journaled my way off the cliff of suicidal ideation. During the second, it was the seed of a novel that got me moving again. Time after time, when the depression I’ve been living with for more than 10 years hits me, I’m able to write my way through the darkness. But in mid-October 2016, I began to sink into a depressive episode unlike any I had ever experienced.

After going off my medication because of a fluke with the pharmacy, I began to spiral out of control.

First came the high-highs of hey I’m off my meds and look how well I’m doing! I laughed uncontrollably, feeling like I was flying, invincible. For a year I had thought medication was the only thing keeping me alive, yet here I was, sans medication, still breathing! I had defeated depression! I was unstoppable! Yee-haw! I figured.

That didn’t last. Soon came the low-lows of plummeting emotions. I was desperate, in the pits of despair, as Anne of Green Gables might have said. Except that I couldn’t even think of it that way; I was so viciously down that my imagination and creativity fled. I cried, wishing I could scrape away the very skin that was holding me captive in my mind. I was, in a word, depressed.

Eventually, I plateaued into numbness. I couldn’t feel, good or bad — and this was a welcome relief from the wild swings of emotion I’d experienced previously.

Things were so bad that I couldn’t even write. Normally, I’m a voracious and prolific author of words — during highs and lows, the way I cope is through writing.

This time, I simply… existed.

When I remember these moments, I’m terrified at what I went through. I’d never experienced such emotionlessness before. I’m normally someone who lives in a state of extended emotion, and this? This was something so different, so horrifying, I can’t even think back on it without shuddering. For nearly two months, I didn’t write a word.

The only way I survived this period was by burying myself into others’ creations. They allowed me to laugh, to cry, and to forget myself for a moment.

I watched four seasons of Brooklyn Nine-Nine every night for a week and a half. Watching it was easy, kind of like eating popcorn: one second you’re just beginning, the next you’ve demolished three medium-sized bags and are popping the fourth.

The sitcom was my nighttime boon. My shift at the pizzeria where I was a closing supervisor ended around 11:30 each night.

I would make a pit-stop at the local bodega for soda and popcorn, then sit on the couch and wile away the early-morning hours until 2 or 3 AM, losing myself in a world I wished I lived in, a world where people had adventures, found love, felt emotions. There was the chemistry between Amy Santiago and Jake Peralta which I missed in my own life; Andre Braugher as Captain Holt being the funniest man with the most deadpan expression that sent me into paroxysms of giggles; Chelsea Peretti as a mildly insufferable yet still lovable character who made me roll my eyes and root for her at the same time; the whole ensemble cast felt like a family to each other, and I desperately craved companionship.

It was a beautiful world, one that existed not just on the screen, but also just out of my reach in reality.

A world I couldn’t access through the lock on my feelings.

During my period of numbness, I craved the world Jake Peralta and the rest of the Brooklyn Nine-Nine crew lived in, longed for it with a passion that I seemed to find only while watching TV. I desired a world where things happened, where lives moved quickly, where people felt things.

The show reminded me what it was to laugh. It was late at night (or early in the morning, depending on your perspective) and my roommates were all asleep, so I did my best to stifle my laughter.

I wasn’t stressed… I was just caught up in the story.

I’d sit on the couch, stuff my fist in my mouth, and hiccup, my whole body heaving, tears nearly coming into my eyes with the force of my laughter.

I don’t remember laughing that hard at anything else during those two months, but I do remember feeling alive while I watched the show. It wasn’t a cure or a fix, more a way to survive the hours and keep from wallowing in my own numbness.

An Ember in the Ashes: Tears

Because I wasn’t emoting in real life, my own friendships kind of dwindled. I stopped going to church, which was not only my spiritual haven but my main place for fellowship; I didn’t meet up with anyone for dinner or lunch or coffee dates. I sometimes went out for drinks after work with my coworkers, but for the most part, I was in solitude during the entire depressive episode.

I did, however, read many — so many — books during that month and a half. I devoured them, squeezing every last ounce of life that I could out of them.

There’s a snapshot I can’t get out of my mind: Me sitting at the card table that’s also a dinner table, eating yet another greasy meal of muffins and mozzarella sticks (comfort food if there ever was any) kindly brought to me by a delivery guy, screeching my way through the last quarter of Sabaa Tahir’s An Ember in the Ashes.

It was at a particular point in the character’s competition, one with an epic battle, manipulation, friendships being destroyed before your eyes. You see, one of the main characters, Elias, is being forced to compete against his best friend in, essentially, a battle to the death. It’s a fast-paced scene, but the whole book builds up the friendship, and in that moment I visualized myself in Elias’ position, turning against my friend, and it broke me. The idea of having someone who’s always by your side (something I positively lusted after) and having to turn on them was exquisite agony.

In the scene, Tahir deftly manipulates (in the most positive way!) her readers’ emotions, forcing us to confront what the characters are feeling, and to feel it ourselves. Elias’ pain was my pain. His sense of betrayal was my own sense of betrayal.

I sat at my kitchen table and broke down, hysterically crying. Even through the rush of tears, I remember exulting in them. I remember thinking — this hasn’t happened in a long time.

The Summer I Turned Pretty: Distraction

Something I’ve always struggled with is losing track of myself. Even while I’m reading, I’m most often aware — of the weight of the book in my hands, the crick in my shoulder, the voices in the other room, and the fact that I’m skimming words on a page. I just have a really hard time fully immersing myself in something.

So when I bought Jenny Han’s The Summer I Turned Pretty trilogy, I was expecting a fun, lighthearted romp through a YA novel by someone I admired and consider a true bastion of contemporary YA perfection. I wasn’t expecting something life-changing.

But in a sense, the books were just that. If you’re not familiar with the series, it’s a romantic trilogy about Belly, who’s always been in love with Conrad, a boy she spends every summer with. It’s light, fairly fluffy —the world isn’t ending, Belly isn’t the Chosen One, nor is she an anti-hero. She’s just a girl having a romance.

I’ve always wanted to be a girl having a romance. It’s never happened, and usually when I read books like that, I just wallow in self-pity. Something about this series, though — perhaps Han’s engaging writing style, or Belly’s penchant for demanding a reader’s full attention — kept me from thinking about my own issues.

While reading these books, I was able to momentarily lose track of myself. I was wrapped up in Belly’s love life — occasionally exasperated by it, but mostly just hopeful things would work out.

I wasn’t stressed; I didn’t laugh-out-loud like I did at Brooklyn Nine-Nine or sob the way I did while reading An Ember in the Ashes… I was just caught up in the story.

Han’s books were a kaleidoscope in the ever-intensifying numbness of my soul, a brief musical interlude in the midst of profound silence, a shock of color springing up from beneath grey cement.

Writing has always been my personal salvation. In a moment when I couldn’t write myself, it was the writing of others that brought me back from the brink.

If you like this article, please share it! Your clicks keep us alive!
Tags
Book
media
Depression
mental illness
mental health
depressed
supporting