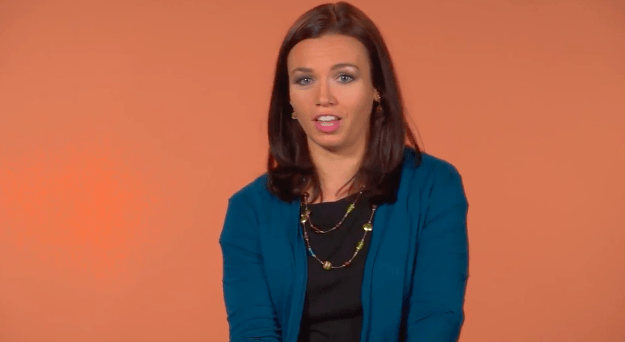 S.A. Chakraborty is the debut author of The City of Brass, a sweeping and epic fantasy from Harper Voyager that brings to life much of Middle Eastern history and imagines a world in which djinn are reality. It’s a beautifully diverse story, deeply ingrained in actual history and the copious amounts of research Chakraborty poured into the book, which truly bring its characters, settings, and story to vibrant life.

Chakraborty is a self-described history buff, so it’s no surprise that much of the book is based on history. Her website and Twitter feed are woven throughout with historical facts and ruminations about everything from Mughal portraiture to the latest Medieval-inspired meals she has cooked for her family.

When given the chance to chat with her, I knew I absolutely had to talk about the history and research that went into this book; it was obvious they were foundational to its creation.

My first questions is about research: you do a lot of it! (I’ve seen the reading list!) How much of the research is to ensure accuracy, and how much is out of a love of history?

It’s mostly love of history! I didn’t intend for The City of Brass to be a book; it basically started as a world-building exercise to keep my mind occupied while I worked for a few years before applying to graduate school in Middle Eastern history. History remains my first love. I’m always reading these articles and books so it’s usually a matter of reading something first and then wondering if there’s a way to fit it into the world.

What, for you, is the most enjoyable thing about researching? Why do you do it, why do you love it?

I get a particular kick out of reading historical sources that still resonate, especially when it comes to family relations. Whether it's fathers grousing about lazy sons, wives suing for divorce, travelers complaining about their accommodations, mothers reciting spells to get their children to sleep through the night…it just brings the past alive.

What is the hardest thing about all that research?

My terrible Arabic and nonexistent Persian. I studied Arabic in college and have been trying to make time to pick it up again, but so many of the sources that I’d love to read remain out of my grasp for now.

I’d love to know more about the story and inspiration: where did The City of Brass come from?

Like I said, The City of Brass started as a worldbuilding exercise, as well as an exploration into traditional beliefs about djinn. It’s taught that djinn are intelligent beings similar to humans, created from smokeless fire and living unseen in our midst — which I always found a fascinating, albeit slightly frightening concept: this idea of creatures living silently among us, dispassionately watching the rise and fall of our various civilizations.

It’s also a concept that offers a great opportunity to imagine how the djinn might have built their world, mimicking the ways of their human neighbors. So in the book, there’s a djinn version of Baghdad’s great library, filled with the ancient books that humans have lost alongside powerful texts of magic; they battle with weapons from Achaemenid Persia (enhanced by fire. of course); the medical traditions of famed scholars like Ibn Sina have been adapted to treat magical maladies; dancers conjure flowers while singing Mughal love songs; a court system based on the Zanzibar Sultanate deals justice to merchants who bewitch their competitors… not to mention a cityscape featuring everything from ziggurats and pyramids to minarets and stupas.

But for as much fun as I had re-imagining history through a fantastical lens, I also wanted its politics to feel real, to examine conflicts and themes that run through all of our civilizations. What does it feel like to live under foreign occupation? How can faith and patriotism be twisted into something that makes otherwise decent people do terrible things? Where’s the line between being a pragmatic ruler and being a tyrant?

Can you tell me what was the most fun aspect of writing this book?

Well, I wrote the book for fun, so a lot of it! Also, coming from someone with very little writing experience, I really enjoyed learning to edit and seeing how much sharper the story became with each pass… especially once the professionals got involved!

Was there ever a point where you were discouraged and wanted to give up?

Truthfully, I had fairly low expectations. I began work on another book while querying, one I thought might be more attractive of a debut than my 500-page epic homage to medieval Islamic history. But querying is very stressful. I’d decided on an end point if nothing happened, at which point I’d evaluate what feedback had come in and decide what to do next.

If you knew the world were ending next year, would you continue writing and telling stories? Why or why not?

Absolutely not. I’d buy one-way tickets to Oman for me and my family and chuck my computer and phone into the Indian Ocean. I’d keep telling stories, for certain, but for my daughter and husband on the edge of the world and the sea, whose tales have always fascinated me, until the stars rolled up in the sky.

I love creating stories, but writing is working and let’s be serious: I wouldn’t want to spend my last year huddled at my computer! I’ll dash out a short story to let people know what happens to Nahri, Ali, and Dara before I go.

If you like this article, please share it! Your clicks keep us alive!
Tags
People We Love
authors
Books
S.A. Chakraborty
The City of Brass