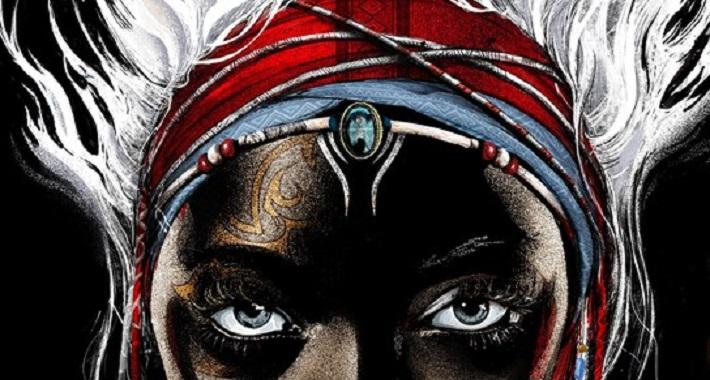 Tomi Adeyemi might be the writer whose book deal seared me with insane jealousy and sent waves crashing through the book world, and her upcoming novel might be one of my most highly anticipated 2018 reads, but she’s an all-around rad person in general. She's a hip-hop dancer and choreographer, an honors graduate of Harvard University, and the creator of a blog for writers that was voted one of Writers Digest’s 101 Best Websites For Writers for 2017.

Oh yeah, and the book deal? It's a three-book deal with movie rights already sold to Fox 2000, the first of which is a fantasy novel entitled Children of Blood and Bone, a West African-based epic of lost magic that’s also inspired by the Black Lives Matter movement. It’s a big deal, y’all.

Through the email conversation I had with Tomi, I gleaned a few fun facts about her: she has a poor memory (“basically every day I wake up is like the first day I have ever existed”), she adores food (“the majority of the things I do remember from childhood have to do with food”), and she is laugh-out-loud funny — for example, in response to my “If the world were ending, would you still write?” question, she said, “Lol. Have you seen the news?”

Without further ado, here are the rest of Tomi’s answers to some of my burning questions about her writing, as well as her powerful insights on life in general.

How did you get introduced to writing? Are there any pieces you remember fondly as things that got you started, writing-wise?

I didn’t really get introduced to it! Writing has always been in me, it’s the first thing I ever did without anyone telling me what to do.

When I was really young, I was reading books about girls on a horse farm (I desperately wanted a horse). I was also watching a Bollywood movie called Khabi Khushi Khabi Gham every day. (I kid you not — I watched this three hour movie everyday for three years, I can still sing the songs in Hindi.)

So I loved stories and reading, but my writing bug came when I watched The Parent Trap.

I got up and went to the house computer and started typing a story about two twins who’d been separated at birth — Marilynn and Carolynn (very creative, I know). They were kid-geniuses and met because they were roomies at Huburd University (I couldn’t say my “v’s” so I thought Harvard was called Huburd). They realized they were long lost sisters and tried to get their parents back together on a horse farm, where part of this plan involved Carolynn taming the wild black stallion named “Champion.”

By the end of the 30-page masterpiece, the twins’ names were just Tomi and Tomi (lol), but that was the start of the writing bug and it’s never left me.

Why do you continue writing?

For the same reason I started – the stories are inside me and they have to come out whether someone reads them or not. (I’m just lucky people will finally be reading them!)

Additionally, with the state of the world, writing has been a safe haven for me to escape into, but also a sword for me to wield against all the injustices I see and want to change. Writing gives me a voice and agency, and it feels like my reason for existing.

What is the most rewarding thing about being a writer?

I don’t know if I know yet!

Before I was pursuing publishing, the most rewarding part was the escape and the ability to control everything. Writing was my own little universe. But now that universe is getting new inhabitants, so I have a feeling the best part about being a writer will change in 2018!

"At this point in my life, every major disappointment I’ve ever had led me to exactly where I needed to go, so I no longer see them as disappointments, but important stepping stones on my journey."

What would be (or has been) your dream writing project?

I don’t think I have one dream project because Children of Blood and Bone has been both a dream come true and a dream project in many ways!

If I had to pick another, it would probably be an X-men project because I love X-men. Or a Naruto adaptation/novelization. Those are my top, top, top fandoms!

Actually, never mind. My ultimate dream project would be working on the third series of Avatar: The Last Airbender. It hasn’t been announced, it may never be done, but it is my dream.

Could you describe in as many words as necessary how you see your writing career playing out, if everything were to go according to your wishes?

You probably hate me by now, because I don’t think so!

I am a serial planner – I have lists upon lists full of beautiful plans and dreams, but everything that’s happened with Children of Blood and Bone has already shattered any dream I had about writing and publishing, so I’m wary of “planning” any more because reality has its own wonderful plans (and hardships!).

In terms of what I wish for my writing career, I know that I want to keep writing great stories that give people the chance to see themselves as heroes. I also know that I hope my readers will follow me into all the writing adventures I’m going to pursue, because I have a lot of ideas for a lot of different mediums and I would love for them to be along for the ride!

What would you consider your greatest disappointment(s)?

For example, at college, English majors had an opportunity to write a creative thesis. This was going to be my chance to write a full length young adult novel under a professor’s guidance, and then I could potentially try and publish that novel and start my writing career.

I had wanted this for four straight years (it was the driving reason I chose to become an English major), but I didn’t get it my senior year. Was I greatly disappointed? Yes. But I decided I would just write that book anyway, even if it meant I wouldn’t get school credit for it (gasp!).

And it would seem my driving reason for majoring in English was a bust, but over four years I learned a lot about myself and got to take some wonderful classes, so I thought it all worked out. Little did I know that because I was an English major, I could apply for a fellowship that would be the reason I got to go to Brazil and discover the mythology that lead to Children of Blood and Bone. So my greatest college disappointment became the start of my writing career, even though I didn’t know it.

At this point in my life, every major disappointment I’ve ever had led me to exactly where I needed to go, so I no longer see them as disappointments, but important stepping stones on my journey.

Thanks from the bottom of my heart to Tomi for the lovely chat; I hope her insights, humor, and story were as meaningful to you as they were to me, and don’t forget to check out Children of Blood and Bone this March!

If you like this article, please share it! Your clicks keep us alive!
Tags
Tomi Adeyemi
author
Book
People We Love