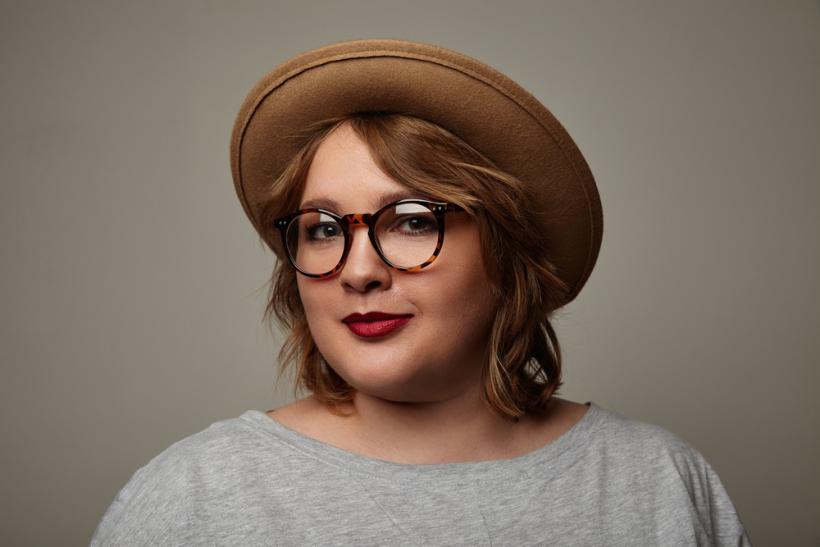 I don’t have to choose between being fat and beautiful, I can be both.

I don’t even get snotty about it. I don’t snap, I don’t roll my eyes, I don’t even flip them the bird. My eyes are glued to the path in front of me and I keep right on walking.

Seconds ago they wanted my attention, but now I’m a fat bitch. I wasted a lot of years wrapped in self loathing and anxiety before I figured out how this system worked. Like I had no idea I was fat.

Anyone who’s fat knows it’s supposed to be the worst thing you could possibly be. This truth is ground into our identities before we have time for anything else to form. We don’t even know why it’s shameful, but we know it is with every fibre of our being. We aren’t supposed to have belly rolls or cellulose, and if we do, we’re supposed to do everything in our power to get rid of them.

This is probably why it surprises people when I take the word fat as a compliment.

See, I’ve worked a long time at loving myself. Loving ourselves is hard no matter what our bodies look like; we’re always finding flaws. Our noses are too big, our feet are too flat, or our teeth aren’t white enough, we’re not ‘pretty’ enough… Wanting to improve something about yourself is one thing, but we take it to extremes.

Women in particular are supposed to hate ourselves so much we aren’t allowed to even accept compliments. There are tons of articles out there about how poorly men react to us agreeing to compliments as simple as “I love your hair.” Loving anything about ourselves is egotistical. How unrealistic is that?

I’m proud of my fat, precisely because it took me so long to love it.

There’s absolutely nothing wrong with loving my body. I don’t have to choose between being fat and beautiful, I can be both. Just like you can be short and beautiful, fat’s just a descriptor. It’s just a word describing some tissue I have attached to my body.

It’s weird when we think about it in these terms, isn’t it?

We all know fat, or a lack thereof, doesn’t mean we’re healthy. I mean, how many of us have friends who live on junk food without packing on the fat? You can’t tell by looking at any person how much they exercise. And besides, deciding someone only deserves public decency if they’re ‘healthy’ is a pretty crummy way to go about life.

Also, as time changes, our view of beauty changes. Being fat and pale used to be considered the ultimate status symbol, it meant you were wealthy enough to spend most of your time indoors, eating well. Now the wealthy spend their cash on gym memberships and tanning salons.

I love my body. Just like everyone else, I don’t always love every part of it, but I like how I look in the mirror. And so do other people. Guys catcalling on the street don’t care either way, they just want to be jerks to women to feel important.

At the end of the day, I’m the only one who’s going to have to live with my body, and my mind, and my life.

I’m the only one who needs to approve of who I am. It helps, of course, to have other people around you who feel the same way. It helps a ton to have people in your life who don’t think your clothing size should define your value.

And it’s not a personality flaw to have a hard time accepting something about yourself when you’ve been told your whole life it’s wrong. It’s hard to work your mind around. Women know it takes work to figure out that,  yes, actually, we’re allowed to pursue any career we’d like and decide never to have children. At the end of the day, what matters most is how much happiness you can find in this world. There’s too much sorrow in it already to let an arbitrary hatred of fatness taint yours.

So go ahead and call me fat. Because I love my body, it’s part of who I am.

If you like this article, please share it! Your clicks keep us alive!
Tags
fat
fatphobia
fat positive
Body Positive
body image