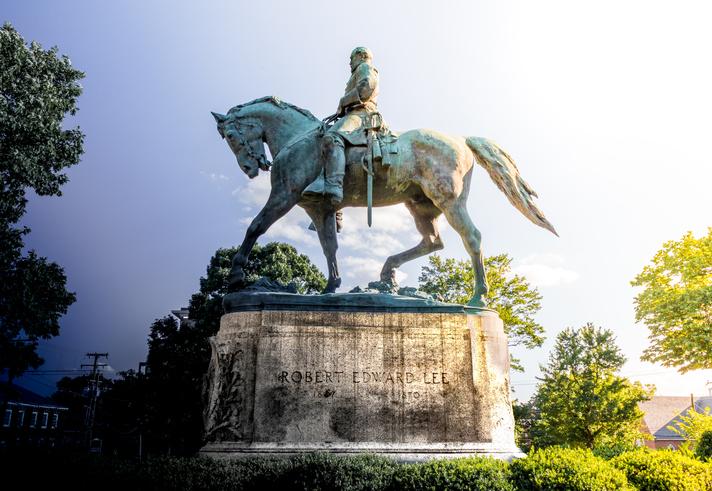 Each of us needs to find a pair of wings and be ready to put them on when these hate-mongers show up in our towns. We can stand and block their message from spreading.

In the early days of the Trump administration, when it became clear that his cabinet was going to be a Who’s Who of wealthy, angry deplorables, a friend of mine said something that shocked me out of my plaintive liberal handwringing. She reminded us all that white supremacy isn’t some fringe perspective that’s only just cropped up in the fallout of 2016: all of America is based on the idea that white people are the chosen few.

People of color, the LGBTQ, immigrants, the disabled, non-Christians and women have all known — or sensed — that there are undercurrents of prejudice that eddy beneath the surface of the tide of progress.

Yes, we had a Black president. Yes, we have the Civil Rights Act. Yes, we have Lilly Ledbetter and same sex unions and gender confirmation surgery covered by insurance.

But we also have all the legacies of white supremacy that came over on ships from Europe 400 years ago. Manifest Destiny and the 3/5th compromise and the Trail of Tears and the Civil War and Jim Crow and sodomy laws and burning mosques and women not getting the right to vote until 1920.

If you put all those pieces of the American puzzle together, is it any wonder that we see remnants of that legacy in our cultural picture even today?

Which brings us to Charlottesville, Virginia, and what happened there this weekend. I don’t need to rehash the timeline of events here. We already know that our lesser angels, the devils on America’s shoulder, made their appearance by torchlight and displayed their guns in plain sight so we would all see, unmistakably, that racist filth is here and they are not afraid to show their faces.

But they were always here, weren’t they? They just weren’t brave enough to show up like this until today.

These cretins have slithered into the light because they think they can get away with it. The tone of the discourse, the boundaries of acceptable behavior and language, the placement of white supremacists in the halls of power has given rise to a permission zone for racism and hate. They are here because they believe they are being welcomed.

Perhaps, given the tepid response from the White House, they are.

Today, I find myself thinking of the angels who appeared at the trial of Matthew Shepard’s murderers. When anti-LGBTQ groups arrived to spew hate, people dressed as angels used their wings to block their awful messages from view. In the 20 years since Shepard died, angels have arrived at many scenes to block the cruelty and vitriol from spreading.

If ever we needed the streets to be lined with angels, now is the time. Perhaps each of us needs to find a pair of wings and be ready to put them on when these hate-mongers show up in our towns. We can stand and block their message from spreading.

Stay safe, my friends. They have showed us how far they are willing to go. But stay strong and vigilant. We can be the better angels of America.

If you like this article, please share it! Your clicks keep us alive!
Tags
Charlottesville
racism
donald trump
white supremacy