Put It In Writing: Using A Contract To Heal My Relationship 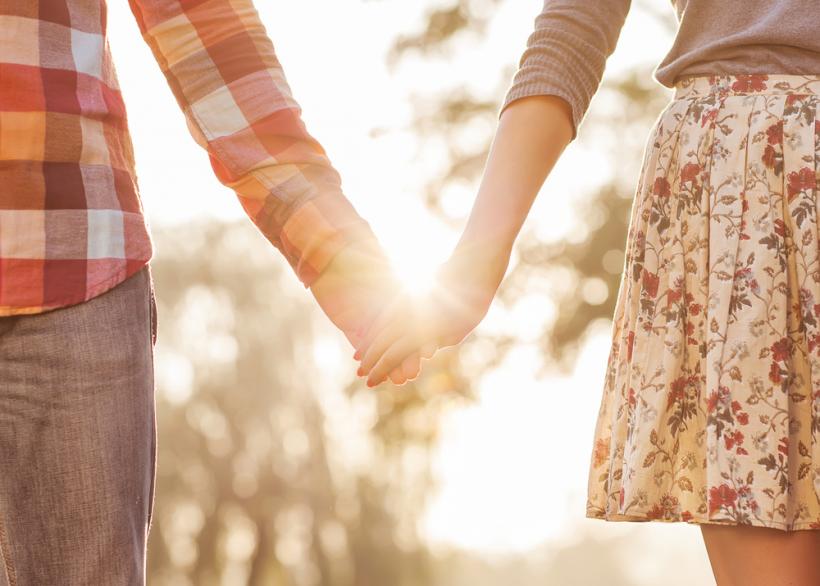 When I told my friends, family, and therapist we were back together, they were worried.

When I left Chicago two years ago, I never thought I would speak to my ex-boyfriend again. I promised myself I wouldn’t. We’ve all dated that guy who when you break up, it feels like you survived a car crash. Adam had behaved in ways that had put me in danger and betrayed my trust. I told myself and everyone else that, in spite of my feelings for him, it was never going to work.

So, a year later, when I told my friends, family, and therapist we were back together, they were worried. I was concerned too.

That’s when we had the idea to write up a contract.

The idea of having a contract with a romantic partner — a formal agreement that clearly states the boundaries and conditions for our reconnection, along with the consequences if said boundaries were trespassed — was not original to me. Article after article talks about relationship contracts, a trend that some (including psychologists) love and some love to hate.

To be sure, there’s a lot more work than a 1,000-word sheet of paper that goes into making a relationship with a past like Adam and I work. But isn’t that true of all relationships? They’re all risky, whether you have a contract or not.

Relationships are built on formal and informal agreements whether those agreements are in ink or not, and healthy relationships require boundaries and conditions. Carole Bennett, a substance abuse counselor, and author of Reclaim Your Life: You and the Alcoholic/Addict says that a contract is a good idea when you’re dealing with substance abuse issues. The International Bipolar Foundation, HealthyPlace, and The Recovery Village say that contracts can be helpful for those with mental health issues — of which Adam had both.

Like most relationships, in the beginning, I felt nothing but promise. Adam, who I’d met through a mutual friend, shared a love for deep conversation, books, and adventure. He was thoughtful, spontaneous, and sweet. On New Year’s Day morning, when I sprawled out in the tangled white comforter on his bed, Adam covered me with hundreds of pieces of colorful confetti. We grabbed handfuls, throwing it up in the air in our own personal celebration. Later, we plucked pieces off of each other’s bodies and tried to stuff the crinkled paper back into the bag.

“We’re never going to be able to clean all of this up,” I said, but I didn’t care. That’s how things were when I was with Adam. I was present and engaged and the seemingly never-ending to-do list in my mind quieted. Confetti or not, when we were together, for the first time in my life, I didn’t worry about the mess on the floor or the agenda for my next business meeting.

But as Adam and I continued dating, I became more aware of the sudden shifts in his mood.

We fell asleep happy, but he woke up in a state of self-deprecation saying things like, “I’m bad” and listing all of the reasons he hated himself. Later, around 11 am, he would call and apologize for ruining what could have been a perfect morning.

I knew Adam was prescribed Adderall, for what I’m not sure, and that he misused his prescription. It only took a few months for me to realize that his consumption of it dictated the version of Adam who showed up on our dates. The amphetamines, which he eventually began buying in different variations off of the dark web, seemed to temporarily cover up existing depression and anxiety with highs and amplify the same during the come-downs with deep lows. By the time we’d been together for eight months, he had become unpredictable.

One summer morning, I woke up before Adam and worked on my laptop from the other room. When I heard him call my name a couple of hours later, I noticed he was tense and shaking.

“You always find time to do your things. When do I have time to do my things?” he cried. Before I could reach him, he cut his chest in two places with a multi-tool.

He didn’t just hurt himself — his self-harm put me in danger and created chaos in my life too.

When Adam was discharged from his involuntary week-long stay in the hospital, I realized he had no interest in getting better. He wouldn’t consider taking medication for his mental health issues. Despite the many hairy and intricate situations I’ve successfully navigated in my life, I knew if Adam couldn’t take care of himself I couldn’t help him either. I had to come to terms with the fact that Adam was not well.

A few weeks later, I sat in a therapist's office on a leather sofa that stuck to my legs, dabbing tears from my eyes. I couldn’t get the pack of Adam's Camel Blue cigarettes covered in his blood out of my head. I felt out of control. It had been almost a month, and I couldn’t focus on anything but Adam’s health.

I realized that Adam had triggered behaviors in me that have been hardwired since childhood. I’ve always been the caretaker of my family, and for as long as I can remember, I’ve always felt responsible for picking up the pieces. I don’t remember much of what the therapist said except for one line that has stuck with me: “Unconditional love is reserved for babies and animals.”

I knew he was right. I cut all ties with Adam.

For the next year, I traveled, spent time with friends, and went to therapy every week. I grieved the loss of our relationship.

The next summer, my mom and I laughed as I shared stories about my latest dating adventures. There was Chris, who insisted on ordering my meal for me at a restaurant, a pushy comedian who I kicked out of my apartment, and sexy and sweet Andrew who just wasn’t my type.

“You know, the funny thing is that I don’t even want another guy to come close enough to me to touch my arm,” I confessed, knowing she would understand I meant that I was still thinking about Adam. I’d never known my mom to be the kind of person to give people second chances, so it struck me when she said, “You should call him — whether it’s to see how he’s doing, for closure, or something else.”

I needed someone important in my life to give me permission to talk to Adam again, and I trusted my mom. I’ve spent most of my life sifting through situations, and even people, trying to build the solid, reliable life I’ve always wanted and never had as a child. At the time, Adam represented a risk I wanted to take, but it felt irresponsible to still care.
Despite my hesitations, later that night, I called him. We planned a day and time to get together.

In the time between Adam and I last dated and our reunion, he had gotten sober and was in a Dialectical behavior therapy (DBT) program. A few weeks after our first meeting, Adam and I sat on my couch with my laptop propped open between us and drafted an agreement — the non-negotiables of our recoupling — together.

This negotiation was the start of what we call “Liz and Adam 2.0.”

We decided this would be the first of a series titled, “terms and conditions of a healthy and happy relationship.” We called it “Agreement 1: Controlled substances.” Its purpose: “to provide conditions for a healthy and happy relationship together in which both parties feel safe and committed to an agreed upon set of terms.” We agreed that we would be fully transparent with all prescription medication and consult with each other before engaging in any future recreational drug use. Adam committed to complete his DBT program and to actively attend SMART recovery meetings and regular one-on-one therapy.

The other points focused on transparency and disclosure of any transgression against what we define sobriety to be. We listed action steps for relapses and how our relationship would, or wouldn’t, continue based on how those action steps were, or weren’t, followed.

We ended up with an outline of how to communicate in the case of a relapse, so we wouldn’t have to decide in emotional chaos. We decided that while a relapse might happen, if he lied about relapsing, our terms and conditions would be broken, and our relationship would cease to exist. The onus is with Adam to follow through on his sobriety, his recovery programs, and to be forthcoming in the case that he’s not.

The document we constructed was not unlike a fidelity agreement, as described by Esther Perel in her book, The State of Affairs. According to Perel, a fidelity agreement is a specific set of terms that offers a clear understanding of what fidelity means to each person in the relationship. For instance, is sending a Facebook message to an ex considered cheating?

It’s also similar to contracts suggested as part of certain addiction programs, and nearly all recovery programs point to accountability as a vital element of recovery. An agreement, one might argue, offers structure to that accountability. Reovery.org provides dos and don’ts for sobriety agreements. Putting the agreement in writing makes the content more tangible than spoken words. These contracts shouldn’t be written up and presented to someone like a business transaction; the creation of the contract and the goals and dates within it should be collaborative.

Contracts don’t always work. Pieces of paper are binding only until the terms are broken. Marriages, backed by the most sacred relationship contracts, fail. I knew that this kind of documentation between Adam and I could give me a false sense of security — that it could be a way for me to fool myself. You can’t change people or force them to comply with rules, to be different than who they are. This I know, mostly because I had begged Adam to change before.

To be sure, there’s a lot more work than a 1,000-word sheet of paper that goes into making a relationship with a past like Adam and I work. But isn’t that true of all relationships? They’re all risky, whether you have a contract or not.

I have a lot of questions about the future. Will he be okay? Will he ever hurt himself again? How much of the past is his mental health? How much was the drugs?

Last Friday, Adam completed the recovery program he’s been in since we’ve been back together. Our relationship now still has its fun and lusty moments, like the New Year’s Day with confetti, but its foundation is steady and sober.

If you like this article, please share it! Your clicks keep us alive!
Tags
dating
Relationships
intimacy
contract
mental health

A Stranger Answered My Aunt's Disconnected Number; Here's What He Taught Me About Grief
Liz Presson

Put It In Writing: Using A Contract To Heal My Relationship
Liz Presson