Dear Ashley Graham: Fat Is Not A Feeling 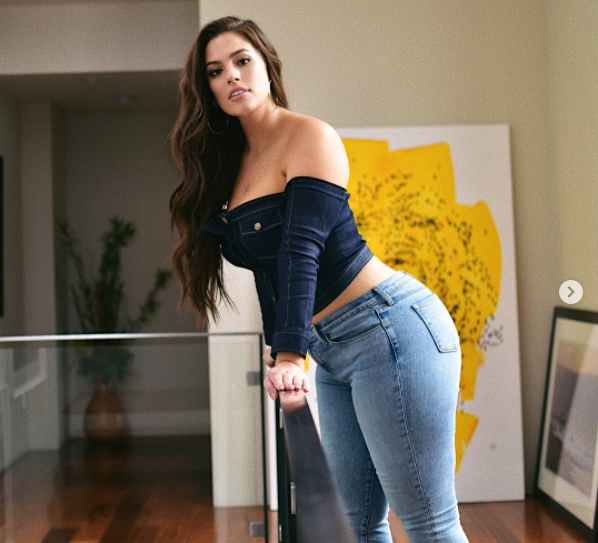 Not only does she suggest that “feeling fat” can be fixed through the use of tools, but she says that one “tool” to use when you’re “feeling fat” is to tell yourself that you are “beautiful.” Dude. (Image Credit: Instagram/theashleygraham)

In a recent piece in People Magazine called “Ashley Graham Opens Up About Confidence: ‘There Are Some Days I Feel Fat,’" the author claims, “No one does confidence like Ashley Graham,” and then calls her a “supermodel” who has “changed the fashion game when it comes to inclusion and acceptance of different body types in campaigns and on runways, and helped many real women embrace their own shapes.”

Ashley Graham was asked about confidence and responded: “There are some days I feel fat. I’m not convinced there’s going to be a moment where every woman in the world wakes up and feels like a million dollars. So, what I want to do is give women the tools that will help when those moments come up. Sometimes it can be as easy as telling yourself that you are beautiful.”

I don’t even know where to start with this mess.  Let’s start with making it clear why this is a mess.

That being fat is something that comes and goes in “moments” that are to be dealt with using “tools” like telling yourself that you are beautiful.

Except that this is total crap.

Fat activists immediately pointed out how very seriously messed up this was (and I’ll get to the finer points in a moment,) and those jumping to Ashley’s defense made two arguments that I want to address now. The first is that Ashley never claimed to be a fat activist.  When it was pointed out that she very often accepts publicity for being “Body Positive” (and that “Body Positivity” must include fat positivity to be valid), the second argument became that she is allowed to have her feelings.

To address both these arguments, let’s remind ourselves that Ashley Graham makes her living modeling plus size clothes. (Though she has been very vocal that she doesn’t want to be called a plus size model. If you want to read a lovely argument for not “dropping the plus,” head over to this piece by the brilliant Virgie Tovar.) While she is entitled to her feelings, as long as she is reaching all of this money and fame by stepping on the backs of fat people, she should expect to be called out on things that add to the oppression of fat people. And this one is a doozie.

Here we have a plus size model telling us that not only are fat and beautiful mutually exclusive, but in fact, they are opposites. This may work for Ashley since she doesn’t consider herself fat, but what about those of us who do?

Fat is not a feeling you have. Fat is a body size you are. Fat people have as many different feelings about our bodies as thin people do. Suggesting that feeling bad about your body means that you are “feeling fat” is fat shaming AF, and it adds to the ceaseless fatphobic messages that permeate our society.

If you’re still struggling to understand why this is a problem, imagine that instead of saying “having a bad hair day” we said, “I’m feeling brunette today.” (But add to this hypothetical that you live in a culture where there is a government sponsored “War on Brown Hair” that encourages everyone to stereotype people with brown hair and consider them a drain on society.) This idea of “feeling fat” only works because we buy into the premise that being fat is bad, which underlies the oppression of fat people.

Not only does she suggest that “feeling fat” can be fixed through the use of tools, but she says that one “tool” to use when you’re “feeling fat” is to tell yourself that you are “beautiful.” Dude.

Here we have a plus size model telling us that not only are fat and beautiful mutually exclusive, but in fact, they are opposites. This may work for Ashley since she doesn’t consider herself fat, but what about those of us who do? What about those who don’t just wake up sometimes “feeling fat,” but wake up every day actually being fat?

This illustrates an issue that doesn’t get talked about nearly enough in “body positivity,” or even in fat activism, and that is the way that oppression increases exponentially with size. This takes the form of access issues — the larger you are, the less likely you are to fit in seats, find clothes in stores, and be accommodated. It takes the form of suggesting that fatter people are more deserving of oppression. It takes the form of being thrown under the bus by less fat people who are trying to feel better about themselves and/or who are only interested in advocacy until their own needs are met. (So they are willing to insist that stores stock their size, but they are willing to use all kinds of justifications for why it’s OK for people larger than they  to be left unaccommodated, etc.)

And it takes the form of people making money from fat people while still engaging in blatant fat shaming.

I hope that Ashley will learn from the criticism she is getting and make a change, but it’s important to point out that there are models who are getting it right, right now.  For an example, look no further than the amazing Saucye West and her #fatandfree campaign. This campaign is inclusive, intersectional, and inspiring — not just feeling fat, but being fat, fabulously.

If you like this article, please share it! Your clicks keep us alive!
Tags
ashley graham
fatphobia
fat feeling
body shaming
people magazine