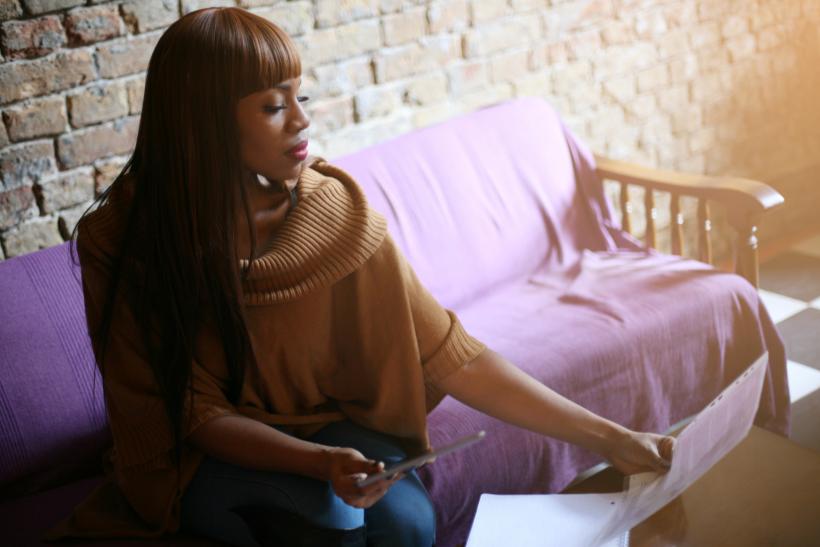 Dear Debt, It's Over!

My favorite board game growing up was called Mall Madness. The object of this game was to purchase a certain amount of items from the mall and get back to your car before everyone else. You were given cash and a credit card. I loved hearing the “ching ching” when my card was accepted — I was able to buy something and didn’t have to pay!

What a lesson to learn at such a young age.

I obtained my first real credit card at the age of 21. I was in college and about to head off to an internship across the country. “It would only be for emergencies,” I told myself. Isn’t it amazing how easily we can lie to ourselves? True emergencies turned into emergency sales, going out with friends, traveling, and whatever else I couldn’t (or didn’t want to) pay cash for. I slowly began to “ching ching” all over the place! Along with consumer debt, I was taking the maximum out in school loans.

After my divorce, I decided I needed a new financial start to go with my newly single status. After several years of trying to rebuild my life, I decided that filing for bankruptcy was the best decision for me.

In 2015, my bankruptcy cleared. I was given a fresh start. Over 20K in consumer debt was gone, and I was left with only school loans, as most school loans aren’t cleared in bankruptcy.

So I did what any red-blooded American would do — I went out and got approved for a new credit card because "you can’t live without credit.”

Six months later I had maxed out that credit card and was borrowing money from friends for groceries. Apparently, I needed to change my habits and thoughts around money because I looked like I was headed towards the same predicament again.

I am not the only one who is running on this hamster wheel of debt. In 2017 the amount that Americans held in revolving debt was $1,022 billion. According to Value Penguin, “In the year 2000, over half of the households in America had credit card debt. By contrast, in 2001, that figure fell to 38% - over 12 percentage points lower. Over this time, average credit card debt rose from $5,048 to $7,697. This means the average American today holds 52% more debt today than they did a decade ago.”

I get excited to learn about money now. What was once done out of desperation to save myself is now done out of strength and passion for learning more.

After my bankruptcy, I had a little over $66K in debt and at the time of writing this article, I currently have $58,000 in debt — all in student loans. I also currently have 2.5 months of expenses saved. My goal is to pay off my student loans by the end of 2020. Here is how I got this far and how I’m eventually going to succeed.

The first step I took was to attend a class called Financial Peace University or FPU. FPU is a class that was developed by Dave Ramsey, who is well-known in the personal finance world. During this class, I not only learned about Dave’s seven baby steps of getting out of debt but also two important things: that I did not have to live with debt and that I could be intentional with my money and dig myself out of my hole.

You Might Also Like: 7 Ways For The Average Person To Get Out Of Debt, Save Cash, And Not Cry About Finances

The second step I took was to get a part-time job working at a restaurant to quickly widen the gap between my expenses and my income. The first baby step is to save $1000 as quickly as possible as a baby emergency fund, and that was completed within three months. This was a huge achievement for me. I now take this income and put it towards my school loan payments.

The third item on my kick debt’s ass list is my budget! My budget became a foundation for whipping my dollars into shape. At the start of every month since 2015 I list my income, and I subtract my expenses until the number equals zero. This is called a Zero-based budget. If something changes during the month, I go back and adjust. However, there is still a mental peace for me that comes with knowing where all of my money is aimed before the month begins.

The fourth is that I spend a lot of time listening to the message of financial freedom. In America, where debt is an accepted way of life, it would take a lot of positive brainwashing to get me on a different track.

The messaging of “spend, spend, spend” is constantly coming at us, so I went on a mission to change my thoughts about money.

I started by reading and listening to blogs, podcasts, and books that have a financial independence message. Podcasts such as Choose FI, His and Her Money, Afford Anything, and The Dave Ramsey Show became my new radio and blogs such as Mr. Money Mustache, Early Retirement Extreme, The Wealthy Accountant, and Millennial Revolution became my new night-time reading.

I get excited to learn about money now. What was once done out of desperation to save myself is now done out of strength and passion for learning more.

It used to be that debt was my pretty golden handcuffs. Everyone was wearing them; they felt comfortable, and they allowed me to think that I was free. Those same handcuffs have started to wear a wound into my wrists, and I am doing everything that I can to free myself from them.

If you like this article, please share it! Your clicks keep us alive!
Tags
save
debt
money
savings
tips
pointers