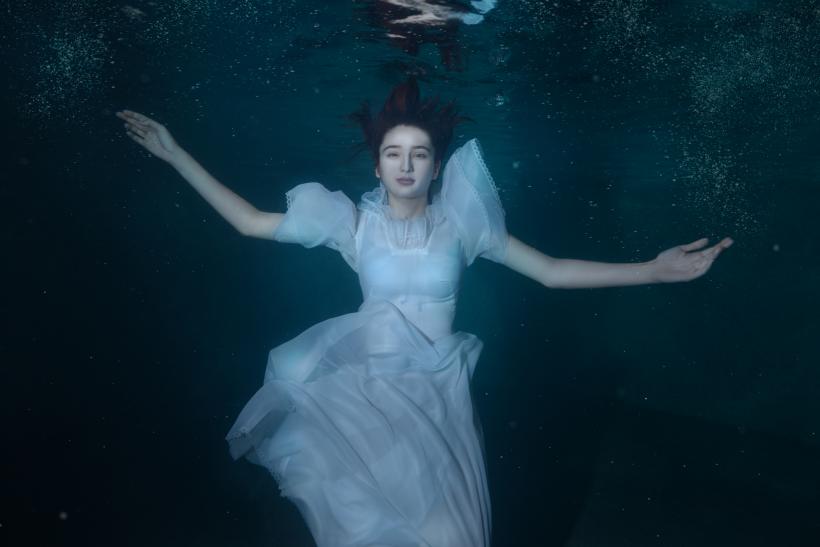 Coming out of dissociation can feel like waking from a lucid dream.

I’m struggling right now. A whirlpool sucked me under and spat me out at the back end of a riptide. Instead of swimming diagonal towards the shore and away from the tide, I’m bobbing up and down in the water and fruitlessly struggling against the current. I am here but I am also on the shore, and I need to get back there. I can’t say anything. He wants me to tell him if I’m ok and I am trapped in my head, but not in my body. I can’t move my eyes to look into his. I cannot ask for help. This is the nightmare I’ve had hundreds of times.

This is the dream when I need to scream, but I can’t even whisper for help.

Didn’t you know time is not a straight line? Sometimes it goes backward. Sometimes my mind is in a different place than my body. I can’t tell you when it happened for the first time, but I know what it was like. I read somewhere that flies perceive time differently than humans. What we think of as lightning fast reflexes with a fly swatter is like bullets in the Matrix to Neo as far as the flies are concerned. I know the feeling; I’ve experienced the sliding of hourglass grains of sand in slow motion.

When I was a kid, I would become disconnected from time as I was used to it. The world would be moving too fast and too slow at the same time. Everyone’s words were on fast forward, but their movements were in laboriously slow motion. Lying in bed, I would wrap myself around a teddy bear as the walls expanded away from me. I grew even smaller and the real world separated from me. I’d close my eyes and pray to be brought back into myself.

Dissociation — that’s what I’ve been told is the term for these reality-morphing events.

Dissociation is a method of defense employed by the brain to protect against trauma. It’s maladaptive when it happens at inappropriate moments and disrupts your life. I know what that’s like. I get them regularly now, usually paired with the last moments of a post-traumatic flashback. I never knew what to call it, but even as a child, I had dissociative experiences.

A flashback can trigger dissociation. When I come back from a flashback, I remember it. In a dissociative state, I might not.

Unlike a flashback, brought on by a sudden trigger that tricks my brain into thinking I am back in my trauma, dissociation takes me out of awareness. I smell something burning nearby. Bread toasted too long, so the charred stink has lingered. Cataclysmic events can bring on superpowers; my near-death experience gave me the power to identify the source of a burning smell. It’s an inconvenient superpower that doesn’t do me much good since the smell of a fire can trigger a flashback. A flashback can trigger dissociation. When I come back from a flashback, I remember it. In a dissociative state, I might not.

Have you ever just sat on the floor and stared? Staring at nothing and not caring where you’ve sat down, only... I almost wrote "happy you sat down," but it is not about happiness. It just is. You just sit because the will to stand is not there, back against the wall, easing down to the floor.

When I do this, my dog comes over and looks at me — maybe she is confused by my sudden lack of movement. I stare through her, eyesight blurring, and she usually plops down next to me. She understands me — this is something her owner does from time to time. If there is no panic, she lets me be, but if I'm anxious or if my hands move to scan my face for imagined imperfections to pick into reality, she climbs onto my lap and kisses my face to try and pull me from my dissociative state. Sometimes she succeeds and I am hurled back into the present moment. I will again be in my body and I will see the blood underneath my fingernails — I don’t remember picking my face, but I was doing it even when I wasn’t aware.

Coming out of dissociation can feel like waking from a lucid dream. One moment you’re on the other side of physical reality and then when you cross the threshold, you are part of life again. I’ve had dreams where I became lucid and the dream disintegrated as I was shot into a different dream.

In one of those dreams, I kept trying to explain that I could not wake up to someone else in the dream, but I couldn’t say the words, “Wake up.” I kept trying to say, “Just tell me to wake up.” All that would come out was “just tell me to” before silence took over the words I could not spew out. As if I lost my voice for only those words. This other person didn’t understand what I was trying to say. She could not hear me whisper. She didn’t comprehend my anxiousness. To wake up, I had to swim to the surface of a deep well.

If my hand raised above the water, I could feel the tingles in my body and would begin to wake up. That’s what dissociation can be like.

These experiences don’t last long for me. Their exact lifespan is hard for me to say with any precision because when they happen, I don’t comprehend the concept of ordinary time. A minute or two, maybe fifteen at most, that’s all it takes from me in real time. In the moment, it is like an eternity in a single breath.

If you like this article, please share it! Your clicks keep us alive!
Tags
dissociation
letting go
feelings
Depression
Lost