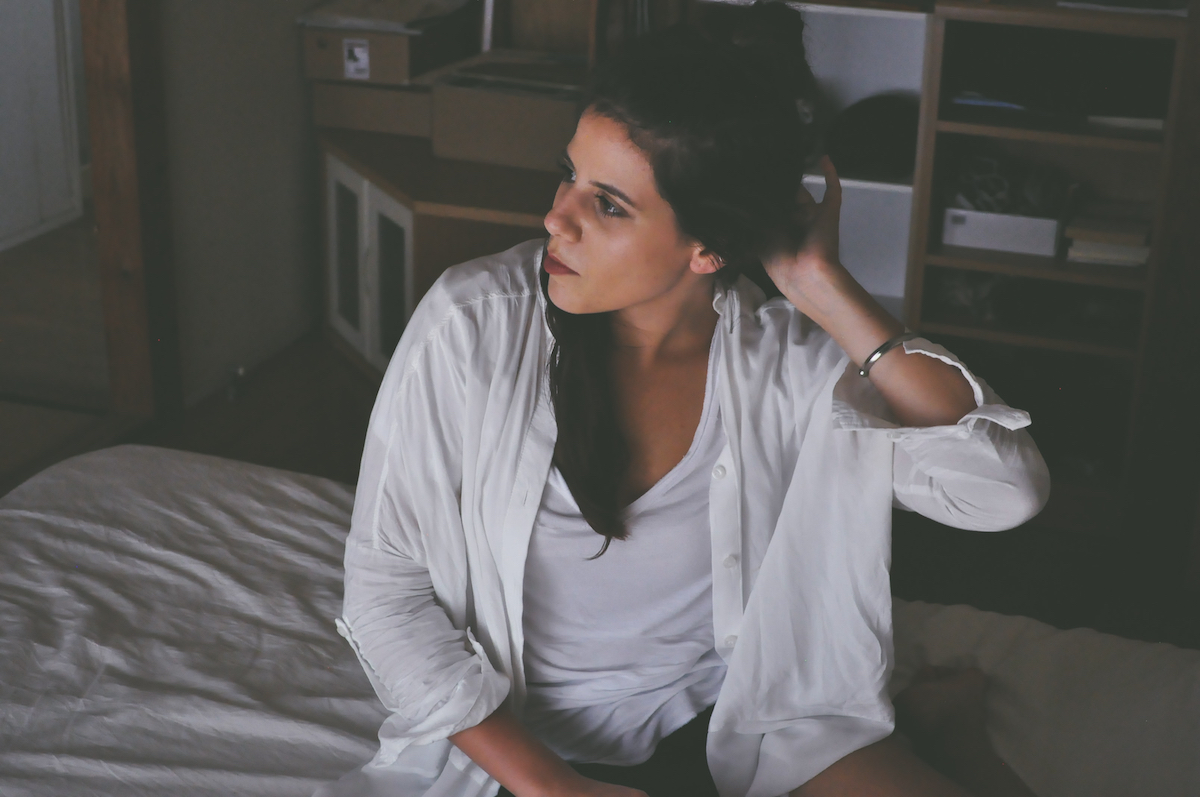 “I don’t want to die alone,” I mutter to myself as I sweep the kitchen floor in my new home. These words represent my greatest fear.

It’s a Saturday morning, and I am alone. A loud silence rings in my home. It's a silence formed by my son, who is not here. There isn’t an iPad blaring with cartoons on Netflix or Hulu. The only noise is a broom raking across a linoleum floor. The sink is filled with pots and pans, remnants of a recent dinner. Alongside the casserole dishes and saucepans is a solitary plate.

In my new home, I am alone half the time.

The other half of my time is spent with my child. He isn’t responsible for my happiness. I want to watch him grow up, find independence, and learn to fly. I never want my fears to hold him back.

He watched as his father and I finalized our divorce in December. He'd started splitting his time between two houses in July, when I moved in with my mother.

My son has seen some of my tears, the gut-wrenching sadness that comes when you are faced with accepting your forever is ending. Mostly, like everything else I do now, I’ve cried alone. I’ve held my head as sobs sliced me with fear. Salty streams have burnt my cheeks and eyes over what I once considered my ultimate failure.

I had never wanted to lose my marriage. I didn’t want to live alone.

Since leaving, a voice in my repeats, ‘You are going to die alone.’ It is in these words, I have to face what I have done. Instead of walking away from unhappiness, I allowed my child to live in a miserable home. I don’t know if I can forgive myself for not walking away sooner because I had been too scared to be alone.

The marriage had never been happy. From our first month of dating, the relationship was volatile, filled with a thousand red warning flags. These flags were the kinds we don’t want to acknowledge when we first meet someone. My blind spots never saw the outcome. I focused on having found my life partner; I wouldn’t die alone, or so I’d convinced myself.

I fought to marry him. I saw my wedding day as a victory. My mother had told me you could win a battle, but still lose the war. The marriage hadn’t been our war; the war would come later. It came three years after I gave birth to a beautiful, healthy son.

I’d always wanted a child. The more we could grow our family, the less likely the chance would exist in me ever having to face my fear. Family meant never being alone, or so I thought.

But I have come to understand: It’s not a child’s purpose to ensure I am loved and not lonely.

My pregnancy was the only time I recall that we got along in our seventeen-year relationship. After my son’s birth, the house came to life with trying to survive. We didn’t have the time or the energy to fight each other anymore; a tiny human needed us. Maybe I became complacent in marriage and motherhood. Maybe I even believed I had all the things I could ever want in life for myself. I had taken all the steps to safeguard myself from loneliness. It’s ridiculous to think anyone can have everything.

By the time my son was three, the fights had begun again. They came with new vigor and fierce resentments. They came with yelling and days spent sulking and hiding away from each other.  The environment would never be a healthy place to raise a family. The fear of dying alone became replaced by my husband's affairs. In return, I replaced my desire to have a family with hatred towards my husband and an ever-growing list of insecurities about myself.

I tried an open marriage, thinking it would save us. We tried marriage counseling. Eventually, the fighting turned into emotional and physical abuse.

The home I believed would always be there to keep me safe became a battleground.

My son — a sweet, young, innocent child — was caught in the crossfire. I had to walk away. I had to go at it alone; I had a child to rear, a little human who relied solely on me. I had obligations that stretched far beyond my insecurities. I sat in counseling by myself, uncovering the co-dependent behavior I'd developed.

I would love to tell you how I’ve started over, and I have a new partner, and we never fight, but that would be a lie. Today, I am a single mother. This is a different kind of independence. My enjoyment and happiness rest solely on my shoulders. When my child spends time with his father, I stay busy, I find shows, I enjoy my own company. I have come to accept that I may die alone without a partner, and that wouldn't be the worst thing.

On this Saturday morning, I keep myself occupied. When the silence grows too heavy, I turn on Beyoncé and I dance.

I look around, not at what I thought I’d lost, but at what I’ve gained.

When I walk into my home, I don't have that pit in my stomach feeling, churning with dread. I’m slowly finding peace in these mundane chores. I find satisfaction in cooking for myself, for sleeping in a bed alone. I’ve built furniture, assembled exercise equipment, furnished a home, collected dishes from Goodwill.

I have watched myself thrive despite thinking I could never survive alone.

I can say with confidence, “I’m not alone; I have myself.”

If you like this article, please share it! Your clicks keep us alive!
Tags
divorce
alone
fear of being alone
abusive relationship
codependent