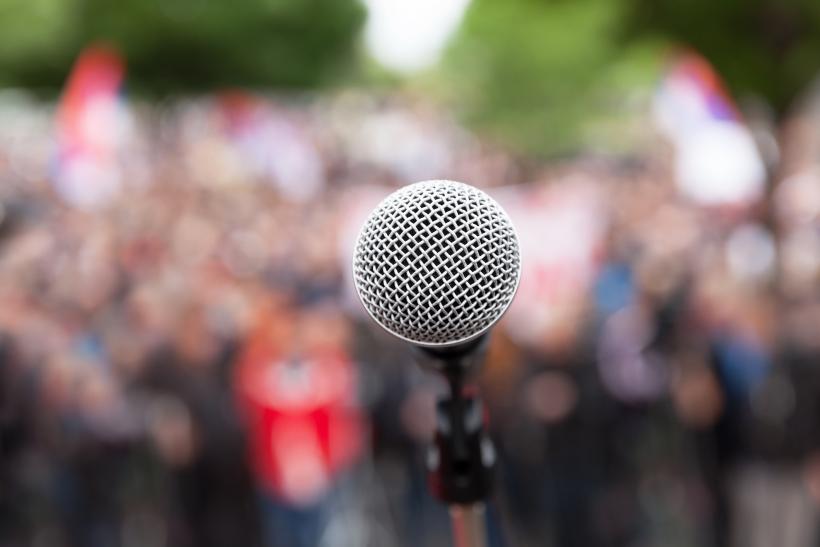 Those who advocate for free speech the most vocally tend to be silent when marginalized people are censored.

Contrary to popular belief among certain YouTubers, I’m a social justice warrior who actually loves free speech. In fact, the main reason I write is to use my free speech rights to challenge people’s preconceived notions about gender and sexuality and create conversations about complex social justice issues. One of my favorite philosophers, John Stuart Mill, summarizes it best in his 1859 classic essay On Liberty:

But the peculiar evil of silencing the expression of an opinion is that it is robbing the human race, posterity as well as the existing generation, those who dissent from the opinion still more than those who hold it. If the opinion is right, they are deprived of the opportunity of exchanging error for truth; if wrong, they lose, what is almost as great a benefit, the clearer perception and livelier impression of truth, produced by its collision with error.

Of course this opens up a wide variety of questions regarding free speech in the 21st century: Is it censorship when a private organization disinvites a controversial speaker? Would racist slogans like “Blood and soil” be considered hate speech that directly leads to violence? Unfortunately, I don’t have the time to answer all these questions right now. I do, however, want to point out a disturbing trend I see:

Those who advocate for free speech the most vocally tend to be silent when marginalized people are censored.

Witness the difference of reaction between James Damore and Munroe Bergdorf. Google fired engineer Damore after he wrote a “manifesto” claiming women are less capable of being successful in tech fields due to biological differences. Despite getting the science totally wrong, free speech absolutists praised him, and libertarian-leaning talk show hosts Dave Rubin and Joe Rogan immediately got him on their shows. Bergdorf, on the other hand, got fired from L’Oreal Paris after she said all white people are racist on Facebook, yet not a word from either Rubin or Rogan.

Then there’s the case of ESPN’s Jemele Hill, who recently got into trouble after calling President Trump “a white supremacist” on Twitter. Although she’s still at ESPN, reports claim the network did try to take her off the air, and White House press secretary Sarah Huckabee Sanders said Hill’s comment was “a fireable offense by ESPN.” There was little support for Hill from the same voices that fell silent in Bergdorf's case. Dave Rubin, however, tweeted that Huckabee Sanders’ words were taken out of context, adding, “This is why people hate mainstream media.”

Now before anyone strawmans my argument, let me clear something up: I don’t want to censor either Shapiro or Damore. They have as much right to say ridiculous bullshit as anyone else. Also, a privately owned business does have the legal right to fire employees if they say things that make the company look bad. That’s why most customer service jobs forbid employees from pushing their political and religious beliefs onto customers. All I’m saying is why are certain people who get into trouble for unpopular opinions championed as free speech heroes and martyrs, but not others? Why aren’t Hill and Bergdorf getting the same support as Damore and Shapiro? Could it be that — even in 2017 — deep-rooted racism and sexism still exist in America, and that a woman of color’s voice isn’t as valued as a white man’s?

This is why the “fight bad speech with better speech” argument is a great idea that doesn’t always work. Laura Beth Nelson wrote about this in her essay “Power in Public: Reactions, Responses, and Resistance to Offensive Public Speech.” In it, she cites interviews with women and racial minorities about how fear kept them from confronting public hateful speech. One of the interviewees, a 44-year-old black man, said this:

I can move away from race-related comments, or I can adjust to it. . .  I don’t raise my voice at people. You know, you can call me a black bastard, and I’m going to say, “Thank you very much,” and I’m gonna keep moving if I can. I’m just going to keep moving.

Others report they don’t respond because either they don’t have the time and energy to educate people or that they don’t want to escalate a potentially deadly situation.

In other words, when marginalized people respond to hateful speech with more speech, they often risk their physical safety — not just their comfort.

So what can be done? Unfortunately, I don’t have a clear-cut solution. I do suggest, though, that those with any position of privilege — white, straight, cis, male, able-bodied, etc. — use their power to call out hateful speech, and to support marginalized people’s free speech rights. Of course, there’s always the risk of speaking over marginalized people, but it’s less of a risk for a white person to confront another white person’s racist speech than if a person of color did the confronting. Even in 2017, the marketplace of ideas still favors those with the most privilege, so those with the most privilege need to disrupt the system. It might not get you on The Rubin Report, but it’ll at least help to change the narrative.