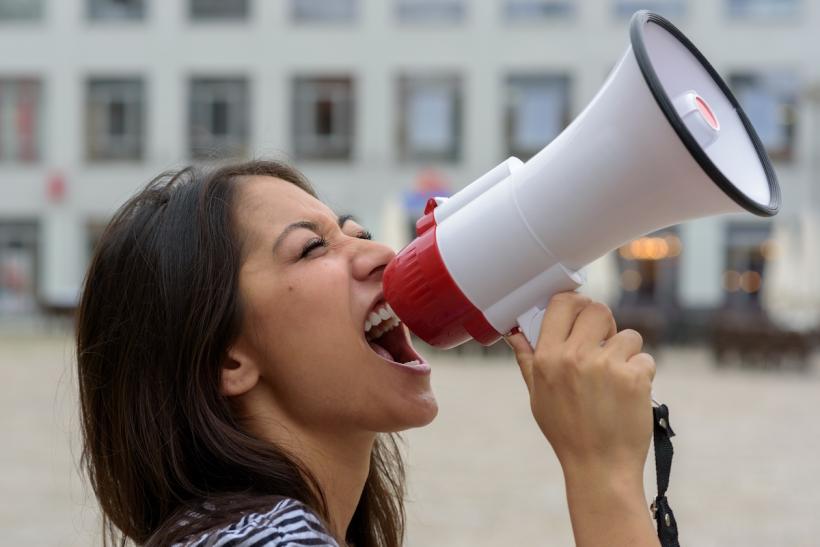 It makes zero sense to me why we continually belittle women in a conversation that they have been trying to have with us for decades.

My fiancé and I were talking about Aziz Ansari last night, and how his “sexual-encounter” with “Grace” seemed like it fell into this murky, gray area where some people think it was an overt assault and others just think it was a bad sexual experience, and I realized that we were having a conversation that I find myself in a lot. Not one with myself, the thinly-mustached man with broad shoulders for his height and black-rimmed glasses who is either 30 or 18, depending on the light and angle. No, one with Amanda, the forever 25-year-old queer woman who never found her voice, but her memories live on inside of me.

I started taking testosterone injections last March, and by my birthday in September, I was passing entirely. Now, even if I leave my house without binding my chest, people just assume I am a man with a very unlucky chest.

Over the summer I began noticing that the more “manly” I presented to the outside world, the more differently I was treated by others than I had become accustomed to during my life as Amanda.

Unfortunately, I can say that other than people holding doors open for me before, none of the changes have been negative, something that I can say has left a sour feeling in my stomach.

While I am in no way implicating that there was any intent, I can say with bitter disgust, my gray-area encounters on dates and with partners definitively led me to question my own sexual assault for nearly five years. Conversations I had as Amanda with male peers led me to distrust my own memory. I cannot tell you how many times I have heard, “But if you were uncomfortable, why did you stay there?” Actually, I don’t even have to, if you are a woman, you already know.

The change in public perception of me as female to male happened almost overnight. Thanks to the wonders of testosterone injections, when my voice dropped, my face also changed from that of a mid-20s female to a 15-year-old boy. So while I was suddenly carded for everything again, I was also immediately treated differently. Here are just a few of the most maddening ways:

When I am walking on the street, people will move out of my way. I am not intimidating. I am 5’4” on my tip-toes.

When someone asks to “speak to the manager,” they no longer look behind me, as though the male manager will come soon to save them from my female ineptitude.

I must be ugly now, because no one has told me I am too pretty to be doing kitchen work, something that happened at least once a shift before.

When I order at a counter somewhere, I never feel myself being undressed by the cashier if he’s male. Actually, they will now ask me about my Washington Capitals hat, because women cannot handle sports.

Coupled with the last item, I am never eye-undressed, period. My face is suddenly captivating enough when I am talking to someone.

When I’m walking to my car at night, I no longer walk in fear. My keys are in my pocket.

But the most frustrating part is when I talk about sexual assault and how we treat women in this country, no one rolls their eyes, or starts with the “not all men” comments. No, they listen. There is something wrong with that. It makes zero sense to me why we continually belittle women in a conversation that they have been trying to have with us for decades.

This is not an overnight issue. There are small pieces that we can fix immediately and there are large chunks that we as a society need to repair, but if we do not have these conversations, we are never going to get anywhere. And if we, as men, never actually listen to what the women in our lives are saying, we are never going to start.

Men, ask the women in your lives to honestly tell you how they feel meeting men for the first time.

Ask them how they would feel in a room if they were the only woman. I did last night, I asked every woman I talked to on a non-professional level, and EVERY SINGLE one of them said when meeting male friends for the first time, they had to slowly learn to let their guard down. And even now, they are always on the lookout for any sign that a man in their life is not, “one of the good guys.” The reality, guys, is that women have been screaming this from day one, and you should be ashamed if it takes hearing it from me for you to understand it.

If you like this article, please share it! Your clicks keep us alive!
Tags
aziz ansari
Rape
rape culture
Sexual Assault
trans man

On Gray Areas And Why Men Should Listen More
Asher Kennedy