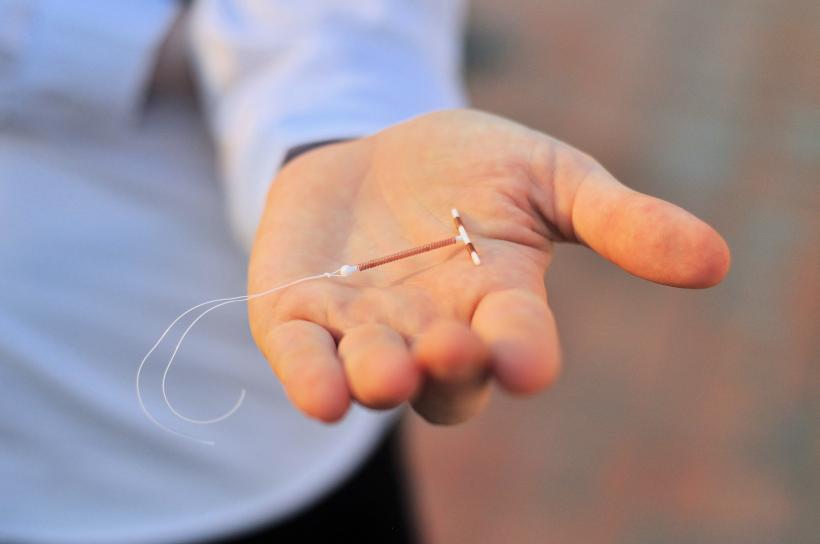 I’ve always had a healthy sex drive, but once my IUD was implanted, sex was the furthest thing from my mind.

I was put on birth control the first time when I was 17 years old. My boyfriend and I had just started having sex, and wanting to avoid an accidental pregnancy, I went to my OB-GYN and asked her to put on me on the pill — which she did, no questions asked.

At the time, I thought the pill was the greatest thing ever. All of a sudden, I could have all the sex I wanted without the incessant worry of getting pregnant before I was ready.

And it was great — for awhile. I was on hormonal birth control (HBC) on and off for 14 years before I noticed any problems. But then, when I was 31, something changed.

I was gearing up for a long-term backpacking trip through Asia with the man who would eventually become my husband, and since I wouldn’t have access to the pill while we were traveling, I decided to get an IUD. On the recommendation of my OB-GYN, I got Skyla, an IUD that steadily releases progestin into the uterus at a continuous rate and is over 99% effective at preventing pregnancy for up to three years.

And that’s when the trouble started.

Almost immediately after getting the IUD, I started noticing things in my body felt off.

All of a sudden, my libido pulled a disappearing act. I’ve always had a healthy sex drive, but once my IUD was implanted, sex was the furthest thing from my mind. Not only did I not crave sex like I used to, but I had problems getting physically aroused; even in the moments when I psychologically wanted to have sex, my body refused to cooperate. All of this was alarming.

It took almost a year of being pretty much unable to want or enjoy sex — months that were filled with frustration, confusion, and a healthy dose of shame — for me to make any connection between these sexual challenges and my birth control. But once I started doing a little research, I started suspecting my birth control might be the culprit.

It turns out when you look at what hormonal birth control actually does, the sexual dysfunction I experienced following my IUD made a lot of sense. “Hormonal birth control prevents pregnancy by several methods, including suppressing ovulation,” says Dr. Kyrin Dunston, a board-certified OB-GYN. “Ovulation is required to provide a woman with the female hormones estrogen and progesterone. These hormones, in turn, are responsible for a woman's sexual drive and reproductive capability. When you shut off ovulation, you severely decrease the levels of these hormones in a woman's body...and thereby decrease her sex drive.”

You Might Also Like: We Don’t Care About Birth Control Side Effects Until They Happen To Men

I also discovered during my research that not only can birth control cause a major decrease in women's sexual desire, but the particular type of IUD I had — a progestin-only IUD — was notorious for causing sexual dysfunction. “HBC that solely contain progestins and have no estrogens in them are more likely to cause sexual dysfunction in women,” says Dunston. “This is because they are not replacing any of the estrogen they are stopping your body from making so estrogen levels are much lower than with HBC that provides some level of estrogen replacement.”

After a year of struggling with pretty severe sexual dysfunction, I finally had a potential answer to where all of this was coming from.

And to be honest, I was kind of pissed.

I spent an entire year thinking there was something wrong with me, afraid that I might never again be able to have the healthy relationship with sex I’d enjoyed for most of my life.

And it turned out the solution might be as simple as removing the hormonal device that was taking up space in my uterus.

So I did. I removed my IUD and switched back to the pill in hopes that my sex drive would go back to normal. I even went on a type of birth control that had both progestin and estrogen in hopes it would boost my desire.

But unfortunately, no dice. Switching from the IUD to the pill did nothing to fix the sexual issues I was struggling with. Eventually, I got to the point where I was so frustrated (and desperate to get back to my old sexual self) that I decided to go off hormonal birth control completely — which turned out to be the right move.

“The only remedy from fixing these hormonally induced sexual issues from HBC is to stop using them and allow the body’s normal hormonal system to resume functioning and provide the estrogen and progesterone necessary for normal sexual functioning,” says Dunston. “It can take up to three months for a women’s natural ovulation to resume and her hormonal levels to normalize after stopping HBC.”

I threw away my last pill pack about four months ago, and since then, my libido has been on the rise (along with the frequency of my orgasms…thank god). And while there’s no way to prove that my sexual dysfunction was directly related to my HBC, the anecdotal evidence I’ve observed in my sex life is pretty overwhelming.

I don’t want to come across as some anti-birth control crusader. Birth control has been extremely empowering in allowing women more control over their sex lives. There are plenty of non-contraceptive benefits that can have a seriously positive effect on women’s health (like a decreased risk of certain kinds of cancers and relief from painful conditions like endometriosis, ovarian cysts, and menstrual migraines).

But I also think there needs to be more awareness about the potential downsides of HBC.

Not once in all my years on birth control did a doctor properly explain the potential sexual side effects, and it was only through research that I was able to find a connection between my IUD and my sexual dysfunction.

What Getting Married Is Teaching Me About Friendship ​
Deanna deBara

My Closet Is A Fashion Graveyard; It's Time To Bury It
Deanna deBara

Anxiety and Engagement: When Your Wedding Is Stressing You Out
Deanna deBara

This Year, I'm Giving Thanks To All Of My Darkest Moments
Deanna deBara