How My Vagina Broke Up With My Boyfriend 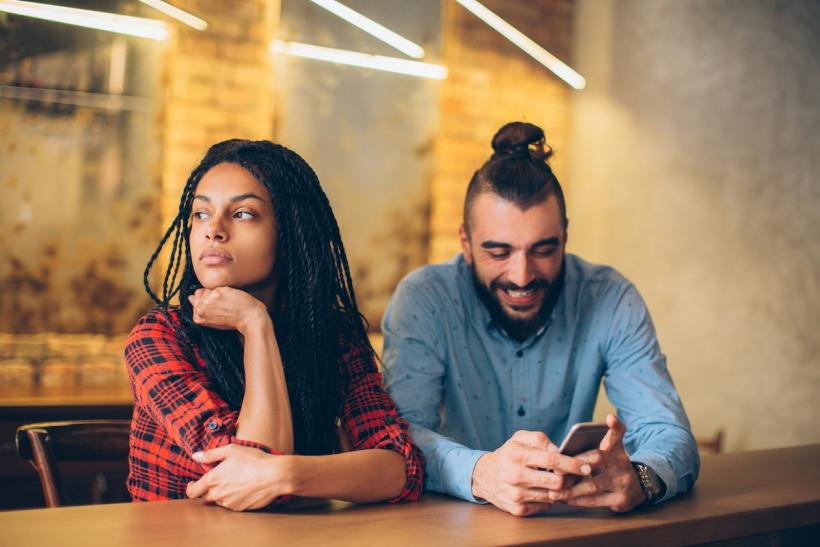 "Is intercourse painful?" she asked. "No, but it absorbs his anger and sadness. Maybe my vagina isn’t happy after all."

After enduring several chronic urinary tract infections in college, my campus health center referred me to a urologist. "You have a retroverted — or tipped — uterus," the doctor told me, as dreams of dropping out of school to perform bendy straw routines with a traveling circus danced in my head. Ladies and Gentleman! The Girl with the Retroverted Uterus! The doctor’s voice jolted me back to the spotlight aimed up my hospital gown in the examining room.

"Many women whose uterus tilts in the opposite direction are prone to UTIs and experience pain during sex," he said.

Debilitating pressure on my lower abdomen — check. Running to the bathroom every 30 minutes to pee a teardrop of urine like my vagina was crying — double check. But pain during intercourse was a box that I could thankfully leave unmarked.

Post-college, I began dating a surfer with bedhead hair and weathered hands that were constantly rewiring my electronics, tracing the curves of my spine, running a finger along my left clavicle down my breastbone. I always imagined dating someone who balanced a fiberglass board on his head, who clocked in at a job that was just a means to do what he really loved: surf, mountain bike, travel. Our relationship consisted of riding waves, walks on the beach (really), lunchtime margaritas, Netflix, and way too much chilling for this type-A girl who was perpetually juggling three jobs. When he put his hands on my shoulders, I would melt into him, into just being. Zippers yielded and fabric unthreaded in his presence. Our physical attraction was magnetic, exhilarating, and familiar. He was a spooner, a breakfast maker, a guy who would climb his neighbor’s orange tree to squeeze fresh orange juice before I emerged from the bedsheets.

It took a few months to see that he was other things that contrasted his cool, low-key demeanor.

What began as tantrums escalated to arguments, and finally fights — with doors slamming, car tires burning rubber out of the driveway, and two-hour silent treatments on the freeway as I stared intently at billboards for jail bonds and dental implants. Prison, dental work, or sitting next to my mute partner? It was a toss-up. We loved doing the same things, but camping, hiking, and watching movies were day-off activities me. For him, they were his life.

Make-up sex was our best form of communication. The frequency and urgency to make the wrongs right again resulted in what I believed to be several consecutive UTIs. I became a regular at urgent care where I peed into a cup and was handed a script for a ten-day supply of antibiotics. Take all of them!, they warned me, as if I’d throw caution to the wind on day four and release the remaining pills out of my car window while joyriding on the Pacific Coast Highway. I was also diagnosed by answering a series of questions from on-call “advice” nurses, a new option touted by my insurance company. I later learned that an on-the-spot urine culture only confirmed the presence of bacteria, but did not identify the strain of bacteria necessary for prescribing the correct medication. I surmised that ingesting Macrobid instead of Keflex was the culprit for my never-ending urinary tract infection.

My vagina knew months before I did that we weren’t going to paddle off into the sunset together.

After one sleepless night pacing the floor, my boyfriend found me doubled over on his bedroom floor. My primary care doctor finally sent me to a urologist. Lying on the reclining chair wrapped in white tissue paper like some lazy gift wrapping job, she stuck a speculum up my urethra as I nearly blacked out from the pain. Then she jimmied a hand up my uterus.

"Can you relax?" she asked me.

She snapped off her plastic gloves and raised my chair.

"Your pelvic floor muscles are clenched like a fist. Have you been unusually stressed?"

On top of my not-so mellow relationship and multiple jobs, I was dealing with a death in the family.

I guess so? I asked myself. What would it take for me to say yes?

"When our bodies are trying to tell us something important, we usually send them to voicemail. You have a condition called Pelvic Floor Tension Myalgia," she told me. "It’s when you unconsciously contract the muscles in your pelvic floor which causes extreme pain and the other symptoms you’ve been experiencing. Your vagina needs to relax."

I wondered if she wanted it to Netflix and chill too. What does it want to binge watch? Stranger Things? Too tense. This is Us? Body issues. Handmaid’s…never mind.

She offered me three ways to manage the pain: a prescription for Amitriptyline, a depression medication popular in the 1950’s, Botox injections, or physical therapy. Celebrities inject Botox in their facial muscles and other places to look younger, but we’d use it to calm those muscles, she said, just in case I was concerned about how many wrinkles I had on my labia, which in her defense, is a real thing. I’d considered Botox for migraines, but never for my stressed-out lady parts. I wasn’t a pill person, so the medication was not an option. Plus, I found it ironic that I had assumed that my vagina was blissed out. I opted for physical therapy.

After another altercation which left me feeling heavy and bloated, my pelvic pain was so intense that I stood in the bathroom for hours, drinking jugs of water just to experience a few minutes of temporary relief. I read that the pain worsened while lying down, so sleeping was out of the question. Sitting wasn’t much better. I stood in my living room watching Felicity reruns until I passed out on the couch just as the first sun rays threw light on my hardwood floor.

It was time for my vagina to have its first physical therapy appointment.

We followed a young female therapist into a small room and laid on the bed. Her hand gently disappeared into my uterus as she and I talked about work, traffic, and books that we’ve read recently.

She had a hand around a muscle in my pelvic floor. It was gripping onto her hand like a vice.

"Let’s breathe into that," she instructed.

I followed her techniques that were similar to ujjayi (yoga) breathing, except instead of focusing on nothing, I concentrated on exhaling into those tight muscles that were so angry at me as she massaged the muscle. Not in a neck or foot massage kind of way, but the release you feel when a tightness in your heart relaxes. She held onto the muscle again.

After months of chronic pain and taking antibiotics I didn’t need, I experienced physical relief; my brain and body calmed by an accurate diagnosis and the ability to manage it with my breathing.

My vagina and I fell into a familiar routine of breathing, massaging, and talking about life during our weekly sessions. After we had built a rapport (we surely couldn’t get any closer), I told her that when my boyfriend was away, the pain was almost non-existent.

"Is intercourse painful?" she asked.

"No, but it absorbs his anger and sadness. Maybe my vagina isn’t happy after all."

After a few months of therapy, I knew that no matter how painful it might be, I had to listen to my body and let go of something else. While he was not the source of my condition, our relationship wasn’t helping. He was loving and kind; he tried to be the man that he thought that I wanted him to be. All of that trying resulted in a system failure.

It was hard for me to imagine navigating the ocean without this soulful being, but soulmates we were not. I loved his warm embrace and salty tears. I loved how much he tried to love me, but eventually, the wave he rode would be the one that pulled me under.

My vagina knew months before I did that we weren’t going to paddle off into the sunset together. It was then that I made a vow to be present, loving, and kind to something else: my body.

If you like this article, please share it! Your clicks keep us alive!
Tags
depressed vagina
vaginas
vaginal health
breakups
unhealthy relationships 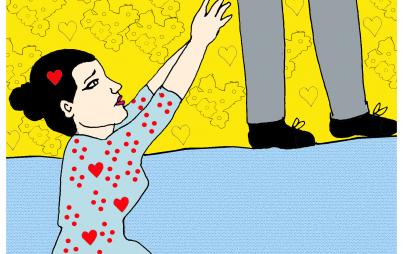 The First Girl: On The Loss Of Friendship
Marnie Goodfriend

How My Vagina Broke Up With My Boyfriend
Marnie Goodfriend