Hungry For Connection: How Opening Up About My Eating Disorder Still Left Me Isolated 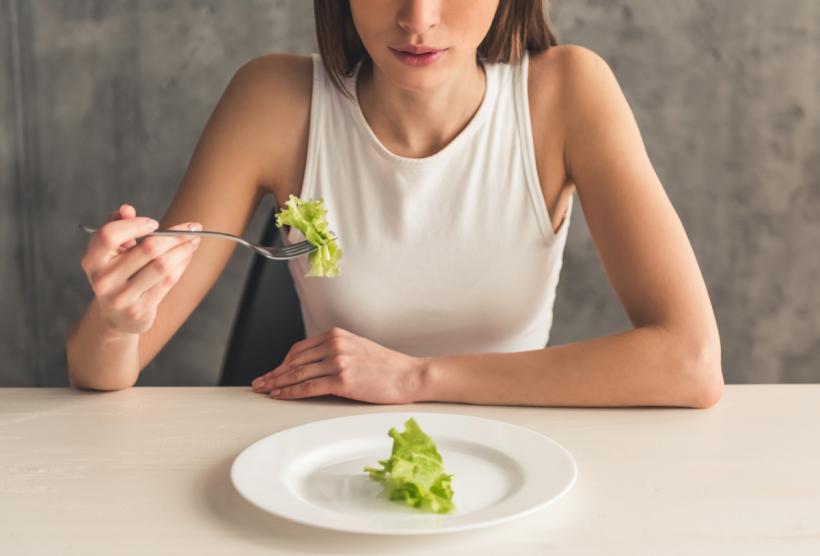 I am in recovery from Anorexia Nervosa. If someone told me that I could somehow be healthy without having to eat, I’d be the happiest girl in the world. For me, eating is like going to the dentist. I know I have see the dentist, but I don’t enjoy it. Eating three meals a day is like going to the dentist three times a day. For other people, a good meal is something to look forward to, and eating is a pleasure. For me, it’s work, it’s anxiety-inducing, and it’s not even sort of enjoyable. I don’t derive much pleasure or satisfaction from eating.

Food, on the other hand — as in procuring and preparing food — that’s a different story. I love food. I love making food, trying out new recipes, and making loads of food for other people to enjoy. I even enjoy grocery shopping and planning meals for the week. People with eating disorders, myself included, have a tendency to obsess over food — buying it, preparing it, and serving it. This obsession is also a great way to hide the disorder. See, I love food! This is totally normal!

About a year ago, I decided to drop the “this is totally normal” act. I’m in recovery, and part of recovering is building relationships with others, because eating disorders are incredibly isolating. I felt like I was ready to be open and form real connections.

I wasn’t ready for the lack of awareness, knowledge, or interest that most people have about eating disorders.

To be clear, I wasn’t unloading my emotional baggage onto strangers or in inappropriate contexts. But when I revealed that I was recovering from an eating disorder, I was often greeted with silence, as the eyes of the people I made myself vulnerable to scanned my clavicles. I was given a few dirty looks. Many times, I was met with a half-joking “I wish I had that problem.”

Even when I stated my needs, for instance needing to have a meal at a certain time because I was following a meal plan (meaning I needed to go home and eat a pre-prepared meal), I was pressured by an acquaintance to forgo my plan and stay with her. This was after I’d told her about my eating disorder and recovery. It wasn’t malicious, but my needs, which I thought were fair and legitimate, were ignored. I wanted to curl back up into isolation. It was a mistake, I thought, to be so honest. What had I expected?

"It hasn’t affected my openness, because the women I connected with who had eating disorders needed that connection just as much as I did."

In retrospect, I was operating under the assumption that my peers understood the gravity of eating disorders. Anorexia Nervosa has the highest mortality rate of any mental illness, and it also boasts a very high relapse rate. Maybe they didn’t know, or maybe they couldn’t believe that someone who appears healthy now had recently done that level of harm to her body. Maybe because there is so much pressure placed on young women to be thin, an eating disorder just looks like an extreme diet.

I’d been hoping that someone would take my openness as an invitation to be more open with me. Instead, I felt even worse than when nobody knew. I felt exposed and ashamed. The insidious voice of anorexia in my head whispered to me that I wasn’t really sick, was I ever sick? If you were thinner, if you ate less, then you’d deserve their sympathy. They’d take you seriously if you were thinner, and I can help you with that…

I know that no one meant any harm. No one intended to feed into the mentality so common among anorexics (believing we are not sick or not sick enough to deserve support, help, or treatment) that had stopped me from seeking help for so long. I know that when the media shows shocking images of the most severe cases of Anorexia Nervosa, it’s hard to see what looks like a healthy young woman and believe that she suffers from the same condition.

The only upside of being open was unexpectedly meeting other people with eating disorders. They told me of their own problems with being open about their disorders. One friend told me that even her doctor brushed off her concerns about her behavior and weight, saying “Well, you’re only a little bit underweight.” My friend did not get better, because even "a little" anorexia is not safe. She is now recovering, no thanks to her callous doctor.

I couldn’t say for sure why my peers reacted the way they did. Maybe it’s because I’m not fat, but I don’t look sick anymore, they assume that my eating disorder is helping me maintain a thin body—maybe they’re wary of me because they think I’m holding onto bits of the disorder. Maybe because anorexia is associated with thinness and thinness has social currency, it’s viewed as a way of falling in line with diet culture and Western beauty ideals. Whatever the reason, it hasn’t affected my openness, because the women I connected with who had eating disorders needed that connection just as much as I did.

I want to believe that if people who didn’t have eating disorders were better educated about them, it would help, but I’m not sure. I know that I intend to remain open. I want to share my knowledge and experience, and if my openness can create a connection with other people who are struggling or help someone learn about eating disorders, it’s worth it.

Hungry For Connection: How Opening Up About My Eating Disorder Still Left Me Isolated
Maya Schall