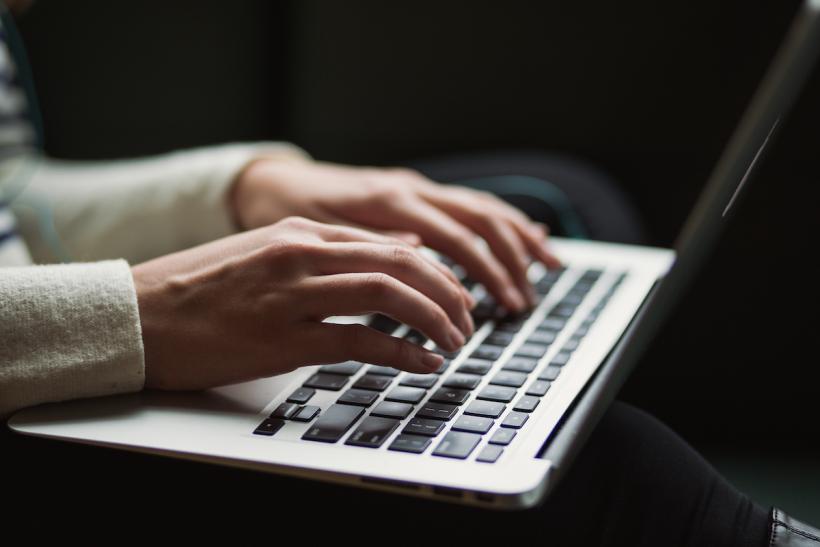 Photo by Kaitlyn Baker on Unsplash

There’s one person who Googles me almost daily. They are not an ex-boyfriend, a betrayed acquaintance, or even an enemy. They are the one who loves me most, but I keep at bay.

My cyberstalker is my mother — but it wasn’t always this way.

The switch to technology was dilatory. She’s old fashioned, (aren’t all mothers by definition?) and most comfortable using the telephone — calling me only at the most inopportune times. Right when I wake up, in the middle of a deadline, or those golden moments when I’m sitting idly staring into space.

“Can’t you just respond to my email?” I ask.

“Well, I guess so,” she says defeated.

But still, she continues to call when she wanted to talk.

You always have to answer when a mother calls. It’s sort of an unwritten rule.

I once worked at a sports store. The managers were mean. There was one in particular, with a sort of messed up eye, like he got into a street fight or something. I never knew if he was looking at me or not, and I couldn’t take breaks or laugh. But one day, in the middle of a swarm of people needing to be rung up, he came right up to me and said, “Elana, your mom is on the phone.”

I looked into his good eye and knew I had to take it. A mother’s voice trumps everything.

The irony is growing up my mother rarely called. She was a back to school lady and I was a latch key kid, with a rusty skeleton apparatus I’d wear around my neck. I remember going to my friends' houses and sometimes felt stifled by their parents' presence. I was so used to my own space, my own world, that it felt crowded to have so many people in it asking questions.

“Don’t you need to call home and let them know you are here?” a mother would ask while pouring a tall glass of Ovaltine.

At first, I told the truth, that I didn’t have to. But the looks on their faces were so forlorn and hurt; I knew that wasn’t what they wanted to hear.

“Sure, thanks,” I’d say and grab the rotary phone.

I’d let it ring a few times and hang up.  No one was ever there.

The one area where my mother was present was in inspecting my private journals. Perhaps it was naïve of me to think that a plastic diary held together by a fifty-cent lock was any match for my mother. I’d pour out my prepubescent soul into those lined papers and lock them up, hoping to keep my feelings hidden from the world. Then one day, when I was lying under the canopy bed in my room, she told me, “Well I was reading your diary and I …”

My head started spinning. Make. Her. Stop. I was not prepared to hear a list of all my crushes regurgitated back to me. Not by her. Not by anyone. She did it so matter of factly as if this was completely normal.

My mother lost her own mother when she was a teenager and thus never had a role model. Maybe if she did, she would know that you don’t read a teenager’s diary, that it’s the most sacred scroll in their lives. That by reading it, uninvited, she'd be breaking a trust that could never be repaired.

When I picture my mother sitting behind her monitor searching for me, I picture that desperate woman pilfering through my old journals — trying to find a piece of me that was missing.

Later, when I graduated from college, I hauled all my old term papers to my parents’ home in the Berkshires. I had no permanent address and wanted to keep all my writings in one place. That’s when they must have slipped out — the pieces of loose-leaf paper where I talked about longing for love, feeling left out. I wrote about every drop of personal angst I felt during those lost years of college — when I put on weight, when boys started losing interest in me, times I wanted to forget.

I sat on the checkered couch reading a magazine when my mother chimed in.

“You know I felt the same way you did,” my mom said.

“I was reading what you wrote about feeling alone and…”

Could it be? Didn’t she learn her lesson? My face turned red, burning my skin. How could this happen again?

I think my mom believed that reading my journals would bring us closer together, that it was a way to make up for those lost years of her working and me pulling away.

Instead, it set me off as far apart as possible, all the way to the other side of the world. I moved time zones, continents, anywhere to establish a life of my own.

When I moved back to New York in my 30s, I found an apartment not far from where my family lived. With this proximity came a new closeness, an intimacy that I began to enjoy during weekly dinners and holidays.

My brother had two kids, and they became our new focal point. And my parents shift to being grandparents was lovely to watch. They became gentle and generous and stable figures in their lives.

“It says in your email, Follow me on Twitter, so I did,” my mother said over dinner at a Japanese restaurant.

I’d forgotten all this information is included in my Gmail signature — my articles, my website, and mediums to connect with others, but not my mother.

Oh, dear G-d, I don’t want her knowing every pithy comment that comes out of my mouth.

We finished up our sushi. She paid, and I thanked her.

She’s retired now and wants to see me all the time. This takes some getting used to.

When I picture my mother sitting behind her monitor searching for me, I picture that desperate woman pilfering through my old journals — trying to find a piece of me that was missing. I imagine she starts merely wanting to know what my story is about, but she is a therapist, a psycho-analysist, and I know she is dissecting every word. She wants to find a deeper meaning in my prose, and she wants to know who my love interests are — since these are topics, even years later, I am still uncomfortable speaking about with her.

Sometimes I wish I could block her. (Her and that sexist guy who always writes mean comments about me.) But I know that I can’t; my writings are available to the world — literarily on the World Wide Web. It’s just that when my mother reads my overly personal essays and then tells me about them, it feels like she is breaking into my diary all over again.

We fight about this often, and sometimes it ends in tears, but one thing is clear to me — my mother wants me in her life.

She always did. It just never came out the way it did for other kids. It was in our selective trips to Chinatown where we’d gorge on dim sum, or the times she read entire chapters of books to me cuddled up to her, in bed, because her voice was the only one I wanted to hear.

She is no longer a working mom; her days are freer, and she wants to be closer. And it is I who pull away, toward other things. As a woman who lost her parents young, she continually reminds me that she will not be here forever.

Her words are not lost on me.

I know that mother-daughter relationships are often complicated, and as I get older, I realize that if I want to be successful in other relationships, I have to heal this one.

I realize if I would open up to her more, she might not need to resolve to such tactics. It’s hard, but I am trying. Slowly.

I still don’t want her googling me. Some boundaries are non-negotiable.

If you like this article, please share it! Your clicks keep us alive!
Tags
boundaries
mothers and daughters
mothers
working moms
google
diary

I Wish My Mother Would Stop Googling Me
Elana Rabinowitz

Love In A Red Box: The Unexpected Heartbreak Of My Friends-With-Benefits Fling
Elana Rabinowitz