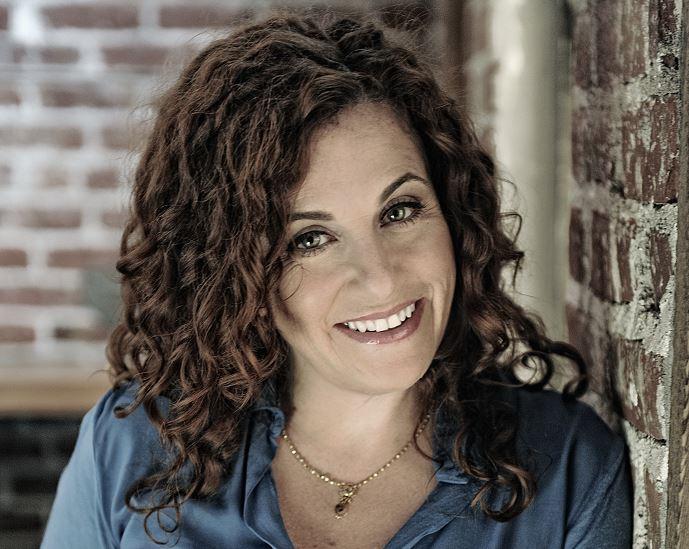 Ayelet Waldman, author, mother of four, and wife of novelist Michael Chabon, is perhaps most known for the controversial New York Times column she wrote in 2005 when she stated: “I love my husband more than I love my children.” The famous “bad mother” has since written a book of the same name, continuing the conversation about the societal pressures women face as mothers. She has written several other books as well, including her latest, Love and Treasure, a story about the Hungarian Gold Train, which carried stolen goods for the Nazis during World War II.

We spoke with the author about her latest book, as well as the shift she’s noticed in the national mindset about motherhood since she first spoke out on the topic.

What inspired you to write Love and Treasure?

I think it’s more what kept me from writing it for the longest time. I was always drawn to the subject, but there’s so much Holocaust kitsch in the world. The topic so lends itself to exploitation. Even books that are beautiful and wonderfully written can have the one good Nazi character, but I always say that if there were as many good Nazis in Nazi Germany as there are in fiction about Nazi Germany we wouldn't have had a Holocaust to begin with. All of that is a way to sort of alleviate the guilt of the perpetrators, and you see that again and again in fiction.

I was compelled to write about the subject but scared that I would fall into that kind of exploitation. Finally, I decided that I couldn’t keep myself from writing about it, so I needed to find a way into the material that would be unique. That’s when I found out about the story of the Hungarian Gold Train. Both metaphorically and actually it was the perfect setting for a novel because it allowed me to write about the subject in a new way and a fresh way that didn’t fall prey to the stereotypical tropes.

How do you personally relate to the female characters in the book?

I don’t think they’re any more or less personally relevant than the male characters; however, it was more artistically challenging to write male characters. It’s more challenging to put yourself in the place of a different gender because the easiest thing to do is write about yourself. Any time a character is different from you it requires a leap of imagination. As a reader, I read to see the point of view from someone else, so as a writer, I like the challenge of seeing the world through the eyes of someone else. I would say I’m the most similar to Natalie because she’s a modern woman, but my favorite character to write was the psychoanalyst because he’s the most different.

What are three key strengths you have that helped you to achieve success? 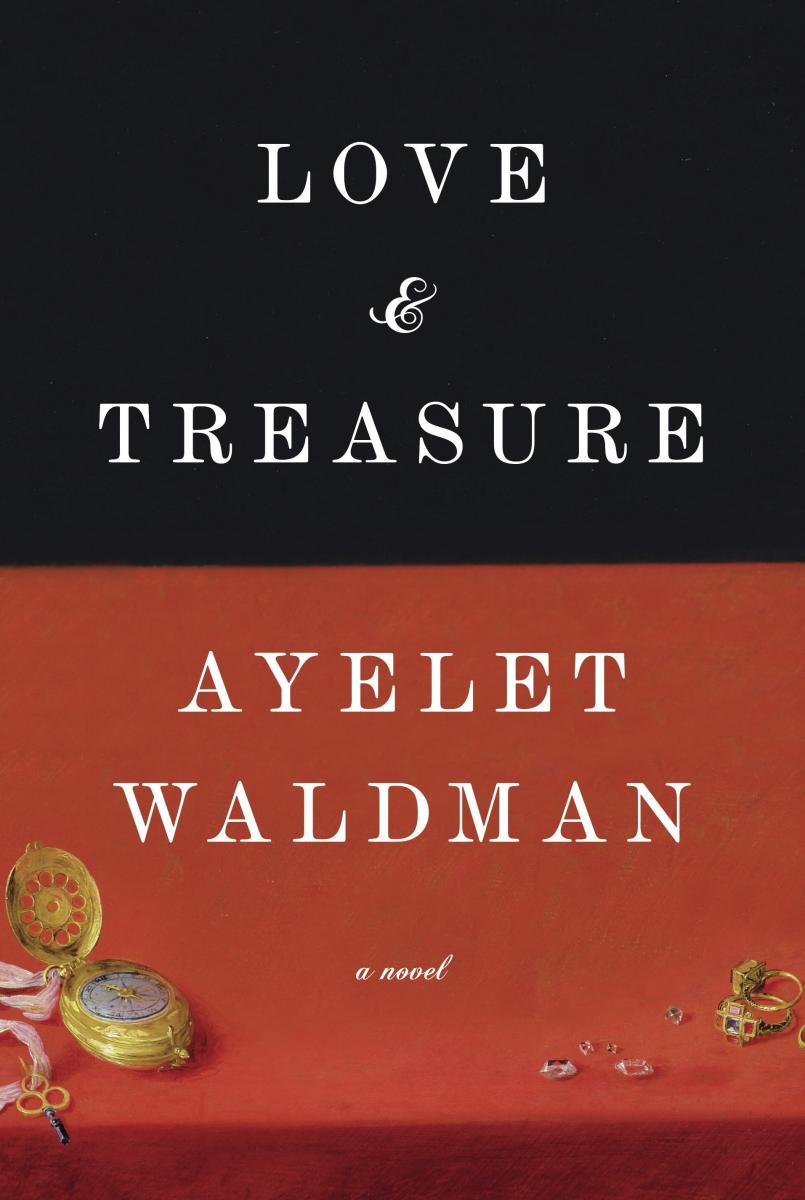 Empathy is the most important thing in the world—being able to see the world from the eyes of someone else. No. 2 would be discipline. There are a lot of people in the world t want to be writers, but to get up every day and go to your desk and put in the five or six or more hours that it takes every day and get to the end of a long many-years process takes discipline. What separates the world of writers from those who want to be writers is discipline. The third quality would be luck. I was born lucky. I was born a white person in 1964. That has made a huge difference—not having to triumph over any adversity. I think too many of us don’t recognize our privilege.

Would you say that being a woman in the writing industry has been a challenge, and how have you overcome that if so?

I think people in literature, as in many other fields, take women less seriously. I think that fiction that women write is dismissed far more, even when they’re writing similar topics as men. Jonathan Franzen writes about family, and it’s on the front page of the New York Times book review and hailed as a masterpiece. A woman writes a book about family and it’s dismissed as something that only women care about. I struggle with it particularly because I got my start writing very commercial fiction that was geared specifically toward women, not serious, not ambitious at all. The Mommy-Track Mysteries are light and fun, so I had to overcome that, not just as a woman, but because I got my start doing something so easily dismissed.

You said you started writing to avoid the boredom that goes along with being a stay-at-home mom. What advice do you have for mothers currently facing this same issue?

My advice is manifold. I think that it is hard to maintain an independent identity without independent work. While there are women who are absolutely fulfilled by the role of mother, most of us need something else in order to find fulfillment with our lives. I encourage women not to sacrifice their own independent identity in their quest to be good mothers. I think most of us—whether it’s through volunteer work or by continuing our professions—need to nurture that separate self to feel like we have contributed something in the world. As kids grow older, if you have done your job well, they leave you behind and go on to have separate loved ones. So when they leave, you need to have something that you can do on your own. I think that this is a lesson that women have had to learn over and over again. Maybe my daughter’s generation will be able to skip it and just know how to get there.

You received a lot of backlash about your 2005 New York Times column about being a bad mother. Did you expect to get such a strong reaction from women?

No I didn’t. The reaction was so intense. But years later, when I published the book Bad Mother in 2009, the tide had shifted and most people were like “Yeah, amen sister.” It was really satisfying. I like to think I had a little part in changing the national mindset.

Do you still worry about being a bad mother?

I read that you proposed to Michael Chabon after three weeks of knowing him. What made you so sure he was the one?

I proposed in my sleep, though I was not awake when I did it. Apparently, in the middle of the night I rolled over in bed and said, “So, Michael Chabon, are you going to marry me?” In the morning he told me I had said that, and I was so embarrassed. After a while, I asked him what he had said and he told me he had said, “Yes.” I knew from the moment I saw him. I know that seems crazy, but the first time I saw him he was standing there behind the bullet-glass door of the entryway in my East Village apartment. He was holding a bouquet of irises, and I thought to myself, “Now, I can finally stop dating.” It was love at first sight, and he felt the same way. Love comes in all different ways. I feel like I give this terrible model for people who ask, but I also fucked a lot of frogs.

Which women inspire you, and why?

So many. First and foremost is my mom who was a feminist in the '70s and kind of discovered her voice along with a lot of women in that age. She was a real role model for me in that sense. My two grandmothers, both of whom worked, because they couldn’t afford to stay home, were also role models. One of my grandmothers came to this country when she was 13 and put herself through college, which was incredible. And then there are a lot of these writers who came before me. Lore Segal, for instance, is a Jewish woman writer who writes beautiful short novels and sets an incredible example for what it means to be a tenacious artist in a world that doesn’t necessarily value women the way it should.

What’s next for you and your career?

I’m working on a movie starring Julia Roberts. I’m also starting a new novel, not sure what it’s going to be about, but know it starts in French Riviera in the mid-'30s. My husband and I also might want to produce and adopt one of his books into a film. I like to try and keep as many balls up in the air so I can stay as busy as possible so I don’t notice the time passing. I just turned 50, which was kind of a shock to the system.

If you like this article, please share it! Your clicks keep us alive!
Tags
ayelet waldman
bad mother
author
love and treasure
michael chabon