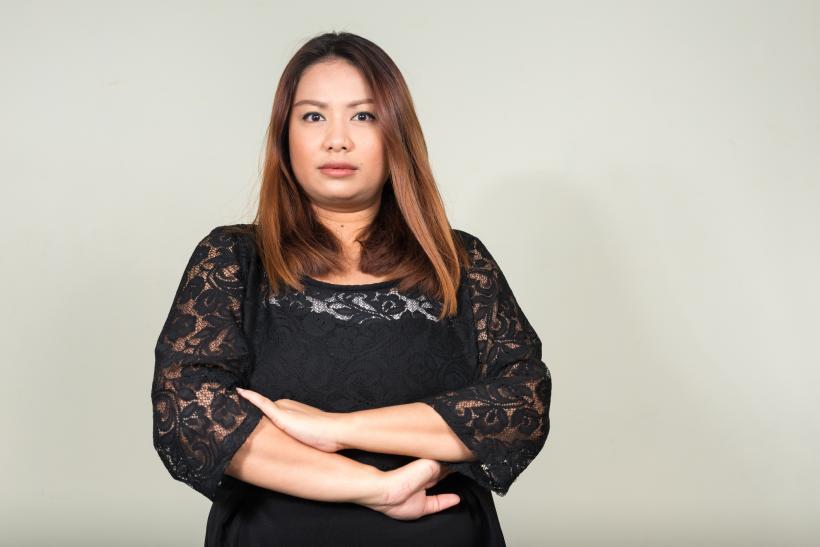 A world in which fatphobia suggests that fat women are undesirable, and then uses that as a defense of sexually assaulting fat women isn’t new.

A 17-year-old young woman in Canada was sexually assaulted by her taxi driver. The 49-year-old driver, Carlo Figaro, tried to kiss the victim, licked her face, and groped her according to her testimony. The trial was presided over by Quebec court Judge Jean-Paul Braun and, while he ultimately found Figaro guilty, he first took the opportunity to try to chip away at the idea of consent, engage in fat-shaming, and perpetuate the extremely disturbing idea that sexual assault can be viewed as a favor to fat women.

During the trial, the judge said "The consent to kiss someone is not the same as the consent to put, as they say, his hand in the basket."

In fact, consent should be required for all sexual touching — including having your face licked by a taxi driver.

As for the victim, the judge felt the need to share with the entire courtroom "You could say she's a little overweight, but she has a pretty face, huh?" He then suggested that the victim might have been “flattered” because “it is perhaps the first time that someone is interested in her."

A world in which fatphobia suggests that fat women are undesirable, and then uses that as a defense of sexually assaulting fat women isn’t new. Quantisia Sharpton was one of the several women who accused R&B singer Usher of not disclosing his herpes diagnosis before having sex with them. No sooner did Ms. Sharpton appear in public, than the Internet attempted to build a “defense” for Usher based on nothing but fat shaming — insisting on his innocence based on the premise that Usher would never have sex with a fat woman. As BET pointed out, this was layered with elements of racism, including the view of Black women as less innocent than white women.

The #MeToo hashtag, initially started by Taranda Burke and recently re-ignited by Alyssa Milano, continues to encourage people to come forward with their stories. And this ugly relationship between fatphobia and sexual assault makes the situation far more difficult for fat victims who want to speak up. We can all see fat-shaming cyberbullies use sexual assault in their abuse, whether they say that nobody would even rape a fat woman, or suggest that a rapist would be doing a fat woman a favor. There are also some who suggest that fat women can’t be raped, which Beck Cooper addressed beautifully in her spoken word piece “Rape Prevention Potluck”

And, it’s not just internet trolls, but also people ranging from fans of Usher to Canadian court judges. The fear of not being believed looms over sexual assault victims of all size, but if you know that people believe it’s impossible for someone your size to be the victim of sexual assault, if you know that if you take your abuser to trial a judge might suggest that you were (or should have been) flattered by sexual attention of any kind, if you have seen a perpetrator of sexual assault be supported by people because they don’t want to believe that he would have sex with a fat person, it can take the fear of opening up about what happened to you to a whole other level.

It’s in this way that the #MeToo movement isn’t the same for, and isn’t necessarily inclusive of, fat people.

Too often we’re not seen as the peers of those who live in bodies that more closely approximate the Hollywood stereotype of beauty, but as something different — something lesser. This is reinforced every time a fitness personality or model takes pictures (including nude pictures) of fat people at their gym and proudly posts their fat-shaming on social media.

And it’s not just fat folks. As always, the oppression around this is intersectional and affects People of Color, trans and non-binary people, queer people, disabled people/people with disabilities, older people, and others who are marginalized in our culture. The belief that anyone who isn’t “Hollywood beautiful” is somehow less fuckable and thus less likely to be the victim of sexual assault is another way that people from these groups are marginalized and re-victimized.

In the United States, we currently have a “president” who is an admitted sexual abuser and a blatant fatphobe, so the battles against sexual assault and fatphobia can seem very uphill. But we are making progress, and we can make even more. Fatphobia makes daily life difficult. And when things turn horrible, as in the case of sexual assault, fatphobia makes the situation even worse. If we want the #MeToo movement to be truly revolutionary (and we should), then we must demand justice for fat victims of sexual assault, and that starts with treating them with dignity, centering their voices, and hearing and believing them over the constant din of systemic fatphobia.

If you like this article, please share it! Your clicks keep us alive!
Tags
fatphobia
fat-shaming
fat shaming culture
Sexual Assault
#metoo