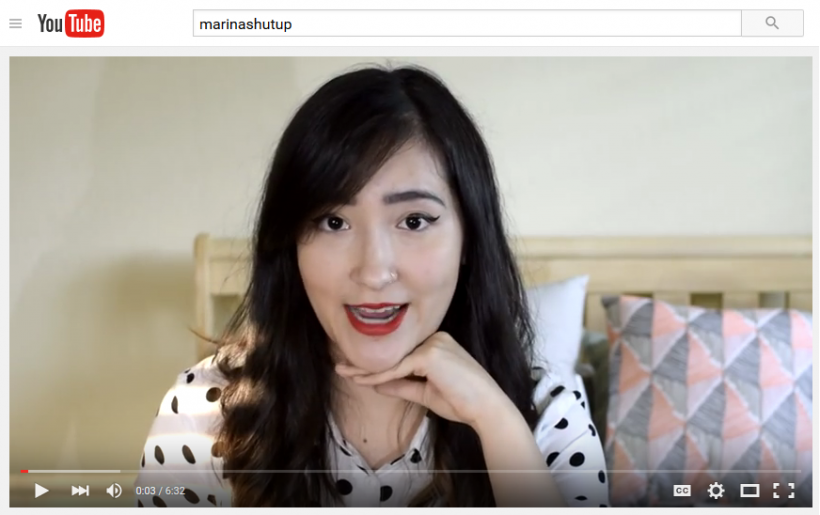 Marina Watanabe (marinashutup) is literally everything you could want in a best friend. She's funny, honest, feminist, and smart as hell (it's also worth noting that her eyeliner game is strong). Luckily for us, Marina is a click away on YouTube, uploading videos that span a variety of topics like mental health, the intersections of race and gender, and representation in the media.

At a time in which being a woman of color on the internet is perilous, she braves the avalanche of misogyny and racism (wow, this took a dark turn real quick) to bring us kick ass content and elevates conversations on critical social issues. Saying that we love her? A total understatement. Marina for President 2k16.

What made you start YouTubing, and what made you decide to focus on feminist issues with your channel?

I originally started making videos when I was 18 and trying to figure out who I was as a person. I felt that I needed to express myself, but I was also struggling with a lot of social anxiety and identity issues and putting my thoughts and face publicly on the internet seemed like the best way to deal with that. I was making comedy videos and vlogs for the first two years, but over time, I lost interest in making that type of content because it was no longer what I was passionate about. From the time I started making videos, I began learning about the feminist movement and became more and more concerned with social justice issues, so it seemed natural that I would use my channel as a platform to speak up about the issues I cared about.

You started the hashtag #YouTubeMisogyny. There is this really creepy trend of older men dubbing over young feminists' videos in order to “disprove” them. That seems like such an invasive form of harassment, and one that is hard to track or stop. How do you deal with harassment when it gets to feel like “too much”?
I think those types of video responses frustrate me more than anything else. They cut up young women's and feminists' content and completely decontextualize it in order to make fun of them and dismiss their arguments. It's frustrating because these YouTubers frame their video responses like an intellectual debate, when really they are only interested in getting the last word in and don't give the people they're responding to an opportunity to defend their arguments.
I would love to say that these types of videos no longer upset me and I simply ignore them, but in actuality they are impossible to ignore. I have a self-imposed rule that I won't allow myself to watch anti-social justice videos directed at me because they are almost always (if not always) extremely negative, mean-spirited, and insulting. In my experience, these types of channels breed a lot of outright misogyny and hatred within their communities that can be difficult to ignore when their commenters begin targeting you and your videos. This is partially why I started the #YouTubeMisogyny hashtag — as a way to vent my frustration and gain solidarity with other feminists who experience similar types of harassment.
OK, this is like a purely selfish question, but I remember watching the video you made about John Green subscribing to you in your early YouTube days and just being like, “OH MY GOD I WOULD HAVE DIED.” What has it been like to interact with/get recognition from people you’d admired or looked up to?
I was definitely a huge fangirl when I first started interacting with YouTubers I looked up to, and even now I find myself getting really excited to be able to interact with people who have similar goals and are doing so much good in the YouTube community. One thing I have learned from going to VidCon (the YouTube conference hosted by John and Hank Green) two years in a row is that YouTubers are just regular-ass people. Most of us are huge dorks and there is nothing separating us from our audiences except that we're on the other side of the computer screen. 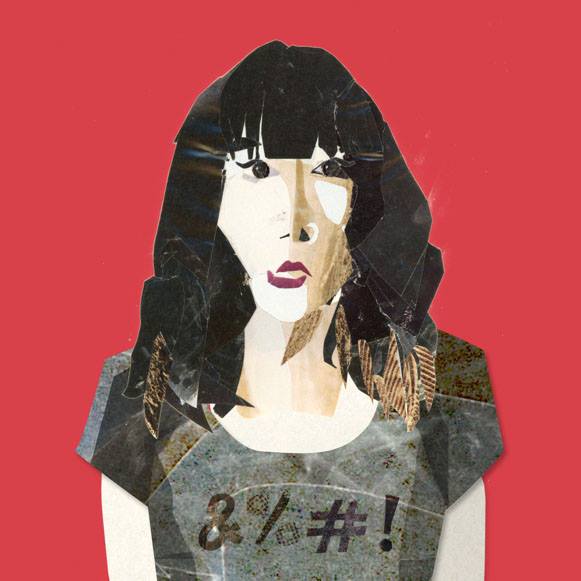 What’s your ultimate self-care comfort meal to have after a hard day?
Anything pasta-related. But actually, is pasta ever a bad choice?
I know you were originally an English major. How has your love for words and writing impacted your career in activism and social justice?
If anything, I would say my activism and social justice has impacted my love for words and writing. Before I became educated about feminist issues, I had a strong desire to write, but I was unsure of what to write about. My passion for social issues has helped direct my writing and my love of writing has given me an outlet for my activism. Even when I'm not writing pieces meant for people to read, I am using the skills I've learned as an ex-English major to script certain videos and better communicate my ideas.
You’re now a women’s studies major. What advice do you have for the other women’s studies majors out there?
Use this time to figure out what specific areas of women's studies you're interested in and how you want to transform that interest in the future into something you could potentially do as a career or as a way to shape your activism. If you have room in your school schedule, choosing a minor can help focus your area of research and help you develop other important skills.
For example, women's studies is my main area of study and communications is what I am minoring in. Combining the two has given me a strong foundation in understanding issues of oppression, as well as an understanding of the way the media works and how I can be an effective activist and communicator. Most importantly, read as many different perspectives as you can and use this time to learn as much as possible.
What are some other feminist YouTube channels our readers should know about?
There are so many incredible feminist YouTube channels, but I always recommend Chescaleigh and Kat Blaque. They're doing incredible work in the community and put out consistently good content. I also really love Rowan Ellis, who I just recently discovered for her videos about LGBTQ issues, ItsRadishTime, and Just Between Us.
Want more of Marina? Tune in to Feminist Fridays over on YouTube and chat her up on Tumblr. You won't regret it.
If you like this article, please share it! Your clicks keep us alive!
Tags
feminism
marinashutup
Marina Watanabe
race
gender