Please Stop Infantilizing Me — Especially In The Workplace 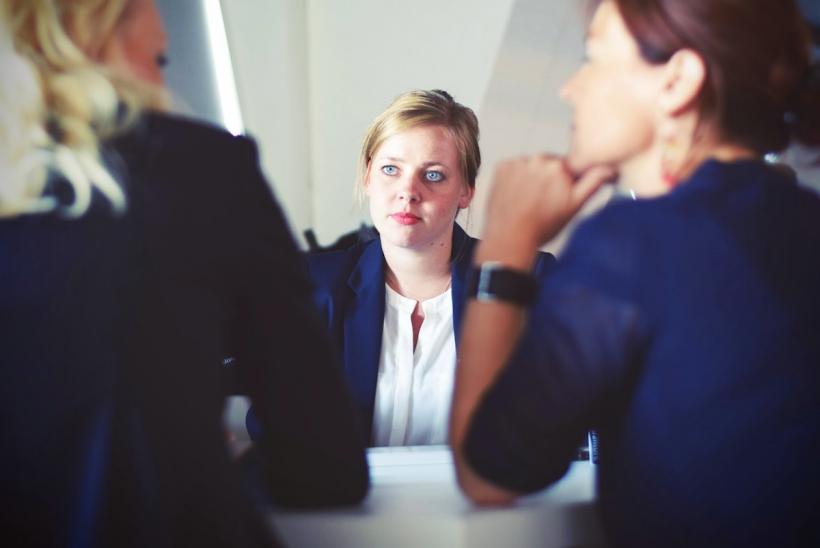 A month ago, a colleague in the corporate office I used to work in asked if I was an intern.

I didn’t express how I felt — because why would you, how would you in a corporate office? — but I became silently livid in a matter of seconds.

Assuming I’m younger than I am is a sexist microaggression. According to the Geek Feminism Wiki by Fandom, microaggressions can be describe as “small, subtle, often subconscious actions that marginalize people in oppressed groups … [and] cause damage ... that does not depend on whether it was caused intentionally or due to ignorance or social conditioning.”

When we assume women are younger, we associate their youth with their lack of life experiences. Particularly in a workplace environment, the assumption that a female colleague looks younger wrongfully and negatively reflects on their professional experience, even though they likely worked harder than their male counterparts to get there.

This is an example of the everyday infantilization of women. In the documentary film Codes of Gender, director Sut Jhally describes the infantilization of women as the way “our society systemically equates femininity with things like vulnerability, submission, uncertainty, and childhood … to be womanly today is to be, in many senses, infantile.” In other words, women are socially conditioned to appear younger than they are, in the sense they are weaker, less intelligent, physically smaller, and overall inferior to men.

Infantilization is an issue of power. In a corporate office, for instance, women are infantilized, so they continue to be seen as inferior and therefore less powerful to men professionally.

As Carmen Rios of Everyday Feminism illustrates, another example of the infantilization of women is referring to grown female adults as girls: “When we call women ‘girls,’ we’re using the force of language to make them smaller. We resist and deny their maturity, their adulthood, and their true power. When you call a woman a ‘girl,’ you’re actually saying a lot of very serious things about gender politics and womanhood.”

When I was a Resident Assistant in a first year residence hall, parents mistook me for an incoming freshman, even though I carried a walkie-talkie and often wore an “Office of Residence Life” shirt.

When I was mistaken for an intern, my professional experience was negated because a colleague thought I was younger than I actually was. I understand I’m only 24 years old, but I graduated college two years ago and was more qualified than my male colleagues. (Plus, there weren’t even any interns working on communications floor!) But because of my colleague's interpretation and projection of my appearance, I was assumed to be working for little to no pay as an intern. Unfortunately, this type of sexist microaggression is one I often have to deal with in professional settings, because I currently present as femme.

This isn’t the first time someone has assumed I was younger than I actually was in a professional setting, either.

On my first day as a substitute teacher, another teacher asked why I was in the teacher's lounge and started screaming at me, assuming I was a student. When I worked on the boardwalk, I was asked if I was old enough to legally work, even when I was 18 years old. When I worked on political campaigns, I was asked what year of high school I was in, even when I was a senior in college. When I was a Resident Assistant in a first year residence hall, parents mistook me for an incoming freshman, even though I carried a walkie-talkie and often wore an “Office of Residence Life” shirt.

What hurts me the most is that oftentimes, many of these people are women. This is just one of many ways women internalize misogyny. If I express my discomfort at them assuming I’m much younger than I am, I’m typically told that “I’ll appreciate it when I’m older” by older women. While they’re probably right, it doesn’t make their comments any less dismissive. While these older women have maybe once lived my experience, they’re forgetting how degrading it can be to be infantilized while at work.

On the flipside, I’ve made plenty of women and gender nonconforming friends through professional communities on Facebook, especially within the journalism industry. This network knows me through my work, which has been published on Teen Vogue, Esquire, and other prominent publications. Many don’t first know me because of my appearance since I know them online and haven’t ever met them in person.

When I tell my journalist friends how old I am, they’re shocked. They assumed I was older. While this is a compliment, since I am proud of my applications, I also understand the feeling of surprise to be a patriarchal construct — that on the surface, a femme is unlikely to accomplish so much professionally so early on in their career.

Whether you’re a woman or not, I have one request of you: please stop infantilizing me, especially in a professional context.

On Internalized Misogyny And Female Grooming

Why This Disabillibabe Loves Her False Lashes

Please Stop Infantilizing Me — Especially In The Workplace
Danielle Corcione