Politics Can And Should Ruin Friendships 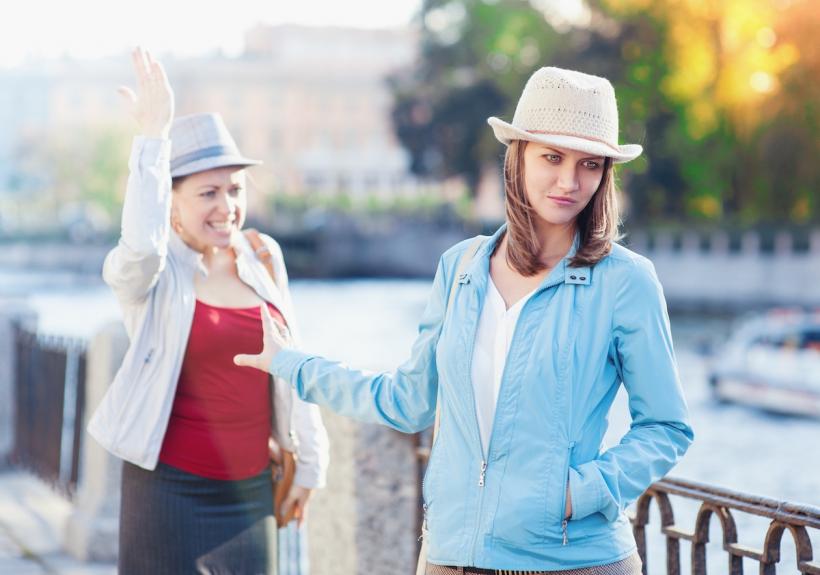 Whenever anyone asks me this question, my answer’s always the same.

“Absolutely. In a heartbeat and without a single ounce of regret.”

To claim that something is “just politics” is to point out how much privilege you have, either systematically or incidentally. You’re either a white guy, who, at the end of the day really doesn’t have to worry about whether or not women get equal pay or Black boys are shot for buying Skittles and wearing hoodies. For you, it’s just a conversation. As a woman, and a queer person trying to navigate Trump’s America, it’s my life, and I have plenty to be afraid of.

I’ve never been one to keep my opinions to myself, but something about growing up in a conservative patch of Texas taught me to keep a lid on a lot of what I was thinking and feeling. Not entirely, and certainly not enough by the standards of a lot of people I grew up around, but much more frequently than any of my California friends would be willing to believe. After I moved I became more aggressively myself on social media. I remember making a Facebook post about how it’s impossible for someone to be racist against white people, and an old friend of mine from Texas flipped her lid. She insisted that you could be, that she in fact was a victim of racism, and knew exactly what it was like to be discriminated against.

Now, I’ve run into plenty of people who mix up the words racism and bigotry. Overt racism isn’t popular anymore, and subtle racism is easy to slip into. It’s an honest mistake, and one easily corrected. If the person listening wants to be corrected, wants to learn, and doesn’t want to continue insisting that she is the ultimate victim and minorities just need to get over how good they have it. Guess which category that friend fell under? Right before she blocked me she said “You used to be so much nicer. California’s changed you.” Nope and yep. California changed me, but niceness has nothing to do with it. I just refuse to put up with casual southern bigotry anymore.

I lost another friend when I made a post about how queer allies didn’t deserve cookies for meeting the bare minimum standards of human decency.

Which is to say that every time you share an HRC petition or confront your bigoted aunt on your Facebook wall, don’t expect a queer person to tell you what an amazing person you are for doing it. These are the things you should be doing anyway. These are the things that make you an ally. If you’re in it for the praise and moral superiority, you’re in it for the wrong reasons.

This guy lost it on me. He insisted we were alienating potential supporters by making it seem like all their hard work should just be because they think it’s the right thing to do. “Hard work,” because having to confront your homophobic relatives must be really exhausting. Probably almost as exhausting as being the queer person your homophobic relatives are saying horrible things about. You know, those of us who don’t have the luxury of sighing and putting the issue aside, because we live it every day.

And at the end of the day this is what it boils down to: when you’re saying that you don’t want politics to “get in the way” of losing a friendship, what you’re saying is not only are you in a position where you have the privilege of putting these issues aside, you have no idea why I can’t.

I can’t, because I live them. It’s the same reason I get furious at my so-called friends who tell me that while they voted Republican, they don’t support any of their social policy issues. Guess what, buddy? You voted for them anyway. You decided that fiscal or domestic policy is more important than my rights. This is a decision you made.

I gave this guy plural chances. I told him to drop the topic or I’d remove him. He kept pushing onward. He was so convinced that he was entitled to this constant praise he was willing to lose my friendship over it. It’s hilariously ironic when you think about it: he did actually utter the words “you’re getting this worked up over politics?” And then there he was, insisting that his fragile heterosexuality be stroked because of how scary his fellow heterosexuals were.

So hell yes, I will end relationships over politics. When your politics are so toxic they make the lives of me and people like me more difficult, or even impossible, you’re a garbage human being. And frankly, I don’t make friends with dumpsters.