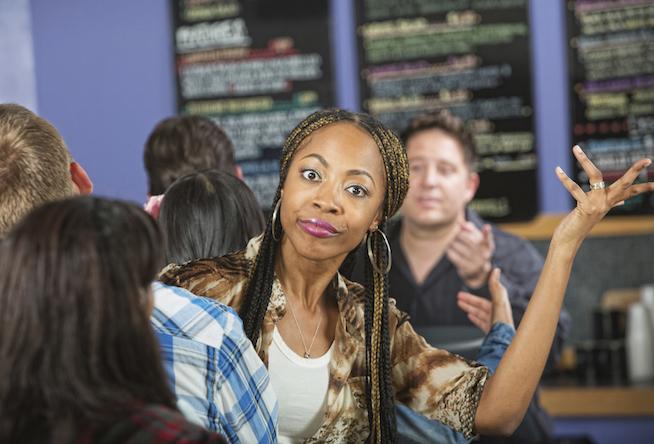 Oh my goodness y’all! Did you hear the news?

And they’re full and thick, and when you take pictures of them from the side sometimes they look like hearts (it’s so rad).

And, hold your breath people.

And then, because we can’t have nice things, trolls come in and try desperately to turn something so deliciously beautiful into a vile, racist and bigot filled diatribe of hate. Here’s a sampling of what the underbelly of the world had to say about this level of gorgeous.

Can I have a minute here? I need to catch my non-racist breath, remember my manners, and not lose my damn mind all over the place.

Honestly, if I said how I really felt about these trolls, Joni would fire me. Believe that. My ass would be gone faster than Paula Deen on Food Network. Poof. #ByeAdiba. But really, what is wrong with people? Lips? Are you really going to take the time to post nastiness about someone's LIPS? Are you that bored? Are you that racist? Or do you hate yourself so much that the first thing you can think to do when you see something beautiful, something you secretly covet, is to call it the ugliest, nastiest thing you can think of? Isn’t that 2nd grade mentality? Boy likes girl, so boy spreads rumors about girl because he doesn’t want anyone to know how much he likes her? Or conversely, girl sees girl with something she wants, but to say she wants it would be social suicide, so instead she carries on about how much she hates it, in the hopes that no one will ever uncover her secret desires?

I don’t know who these people are, and I’m not willing to say that their mamas didn’t raise them right. More often than not these kids come from good homes — not the backwoods of some God forsaken forest, where they “keep it in the family” and have three teeth, collectively. These are often middle-class kids, trying to be cool in front of their friends, but in my mind, I like to think that if their mamas got wind of this foolishness, they would snatch them bald in 2 seconds flat (that means they would tear that ass all the way up).

Now wait, before you call CPS and try to get my kid taken away, I am not advocating child abuse. It’s a saying, y’all. However, I do wish their mamas would snatch them bald verbally. Sit down and talk to these kids about what it is they actually believe, and why. We’ve all said that racism is learned in the home, but what if it’s not? What if Mom and Dad aren’t card carrying Klan members? Also, if racism is not learned in the home, is ANTI-racism taught? Are you teaching it?

Are you living it? Because if you’re not, I may not be able to count on you when someone comes after me for being a breathing black woman with lips. Jussayin’.

But breathe a sigh of relief y’all. The universe isn’t completely lost to trolls. The good people of Instagram clapped back (responded) and told those nasty little hate-mongers just where they could go! And then, in true MAC fashion (read: effortlessly cool), they shut it down with this Instagram post: