Can We NOT Call Hillary A Ballbuster This Time Around? 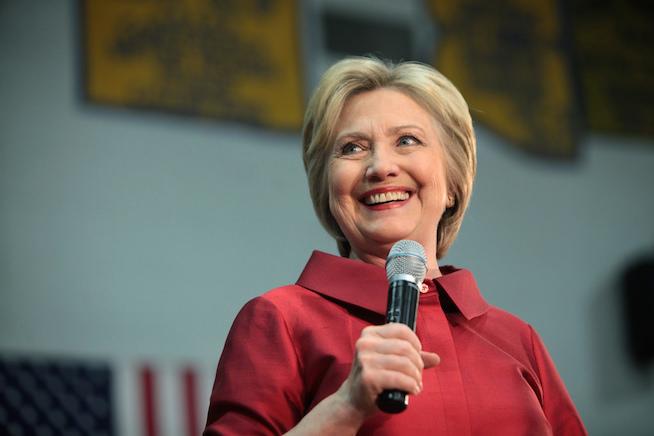 I was all set to write a lighthearted piece here about KFC’s new line of flavored nail polish. Yes, you did read that right. KFC has a line of nail polishes that come in “original recipe” and “hot and spicy” and they would LITERALLY make your nails finger lickin’ good. I mean OMG! Sadly, they’re only available in Hong Kong.

Disappointed, I kept scrolling through the news and came across a Washington Post op-ed by Harvard political theorist Danielle Allen, who had this to say:

“Consider her slogan, ‘Fighting for us.’ For many men, this slogan would have to be experienced as emasculating. A woman fighting for them? Rightly or wrongly, the slogan rubs the wrong way in relation to traditional notions of masculinity.”

Can we… not? Can we just… not… do this? Can we stop this bullshit right here and say, “No. No — we will not be calling Hillary Clinton a ballbuster”?

This is such old school sexism, and from a woman writer no less. It’s like 1950s dating advice where girls were told not to disagree with boys, or marriage seminars where women are told to submit to their husbands’ authority. Only this time, it’s an academic telling a politician to be careful what she says so she won’t hurt men’s feelings. HAVE WE MADE NO PROGRESS AT ALL?!?!?

For centuries, women have been told to modify their words, their tone, their looks, their clothes, their careers, their entire selves to protect the egos of men. And in return we get 78 cents on the dollar, no paid family leave, and paranoia over whether some guy is going to put drugs in our beer and blame us for it.

Maybe some of us don’t care any more. Maybe we’re tired of trying to be what men want us to be. Maybe we know what we’re doing and what we’re saying and we are going to just do it and say it.

Maybe some of us — maybe a lot of us — just want to get to work on making the world a better place, and we aren’t going to waste time asking for approval from men any more.

If you like this article, please share it! Your clicks keep us alive!
Tags
Hillary Clinton
sexism
election 2016