George Michael Dies, And A Piece Of Teenage Me Goes With Him 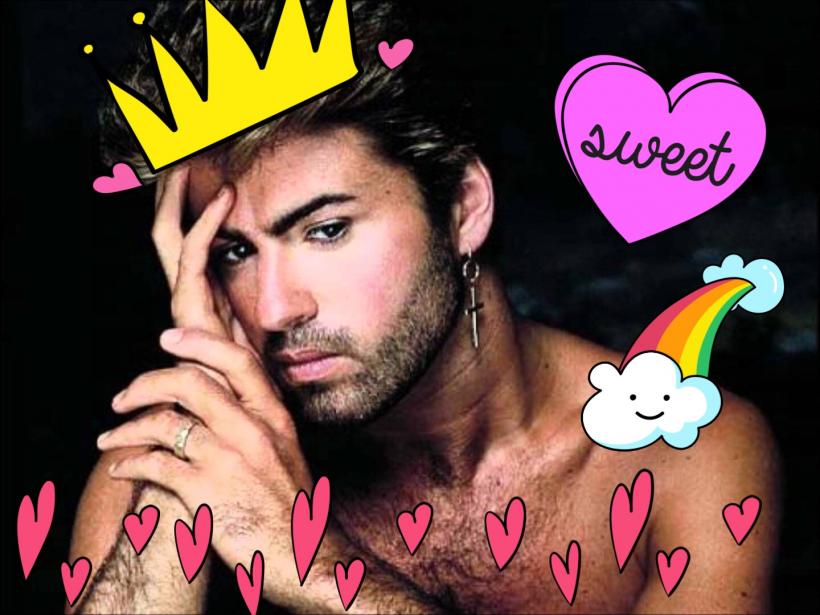 If you’re a woman in your 40s, there’s a good chance that George Michael was your first, albeit imaginary boyfriend. I was 11 when "Wham! Make It Big" hit our shores and I was smitten. George had it all. The jawline, the hair, the brooding eyes. And he was British. All the cutest pop stars were British. I, and thousands of other young American girls, yearned for him. We all knew that he could carelessly whisper anything he wanted in our ears and we would never hurt him.

Maybe there were girls who were sad when George split away from Andrew Ridgely and Wham! but I wasn’t among them. I adored the "Faith "album, although I should have known that maybe George wasn’t for me by then. There were clues that George had some hidden desires in that pop masterpiece. The album cover, for one thing. Straight rockers weren’t going for arty “shirtless wth leather jacket and dangling earring” photos then. The picture actually looks like an homage to some of Robert Mapplethorpe’s work, as I gaze at it now. But at the time is was just sexy as hell. As I told my husband last night, this album cover was why so many GenX girls are suckers for biker jackets. 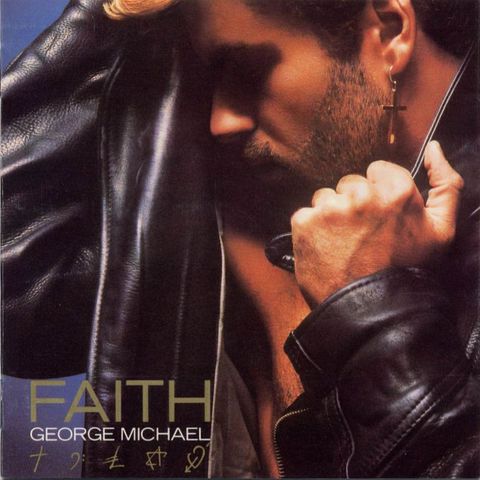 The scandalous song “I Want Your Sex” should have been a clue to us girls as well. That raunchy homage to gettin’ raucously, joyfully busy isn’t the way straight guys talk about sex in music. Straight guys write songs like that Extreme hit “More Than Words” where the vocalist soulfully implores a girl to prove her love, wink, wink, nudge, nudge, know what I mean? “I Want Your Sex” might as well be saying “I want your cock” but back when it was released, I wasn't sophisticated enough to understand that. I just thought it was hot and enjoyed the idea that it might upset my parents.

We really should have known that George was going to break our straight girl hearts with the video for “Freedom ’90” on the Listen Without Prejudice album. The video features some of the most beautiful and famous models of the era. You know what George was doing with them? Not a damn thing. He wasn't even in the same shots as them. The video cycled between cinematic set-ups where George and all the women looked gorgeous and moody and beautifully lit and alone. But who cared? The song was both angsty and peppy and George was shirtless. The whole video is a gift to the girls who loved him.

By 1998, many of us had drifted away from pop music and were dallying with the likes of Cobain, who had the brooding thing down but didn’t look like he smelled as delicious as George probably did. So that’s why maybe we hadn't been thinking about our imaginary boyfriend when word got out that he’d been arrested for “lewd acts” in a men’s room in a public park in LA. For many of us, the news was a mild shock. “George Michael is gay?!?!” we lamented. But the shock rapidly turned to outrage. “George Michael has to cruise bathrooms to get laid? What is wrong with guys? George Michael is GORGEOUS! Who wouldn't want to date him?”

In that moment, those of us who weren't already the kind of straight girls you’d find dancing at 80s night in the gay club, realized that we wanted to be those girls. We weren't a generation who was particularly homophobic to begin with, so when our imaginary boyfriend turned out to be gay, we just kept loving him and his music.

For the girls of my generation, George Michael taught us how to keep showing love for a friend who comes out. Our feelings may take on a different rhythm, a new rhyme but it’s love all the same. We know to be joyful, to hold rainbow flags to salute the LGBTQ as they parade out of the closet, to be there to dance back-up in the club like the topless cop chicks in the “Outside” video.

Maybe straight girls who love gays boys is a cliche, but love is love, my friends. Love can sound as sincere as a Brit-pop ballad or as cheeky as porn-inspired club track meant to tweak the tabloids. It can be romantic or platonic but it’s all love. Girls like me know that. A beautiful British singer taught us that with a wink and a smirk and a handlebar mustache.

If you like this article, please share it! Your clicks keep us alive!
Tags
George Michael
death
died
Music
80s. 90s
Wham