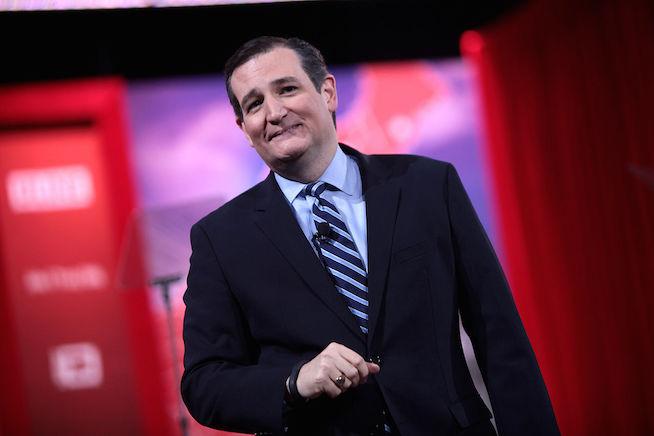 Last night, Ted Cruz lost the Indiana primary and subsequently was summoned home by his alien lizard overlords suspended his presidential campaign. This leaves two candidates in the GOP field: Ohio Governor John Kasich (No, really. He’s still in it. Google it if you don’t believe me. Editor's Note: He's expected to drop out some time today, so Google while you still can.) and Donald Trump.

Given the current gulf between the two candidates in terms of primaries and delegates won, it’s pretty safe to say that we’re looking at a Trump nomination.

I don’t know how exactly we got to this point, America. Donald Trump has never held elective office, has never previously run for elective office, never expressed any interest in holding elective office, and may not actually know what it means to win elective office. If the media was to get all “Gotcha!” on his ass at this point, they should ask questions like, “What are the enumerated powers of the presidency as laid out by the Constitution?” and, “Define the word ‘ratify’ as it pertains to international treaties?” or maybe, “Name the countries in NATO without using your phone.”

Theoretically, this development should send the BernieBros and HillaryBots into a collective frenzy of “Kumbayo-NO FUCKING WAY!” that leads to unprecedented uniting of all the wings of the Democratic party. The only plank we should see in the official party platform from here on out is “Defeat Trump.” I don’t care if Bernie, Hillary, or some combo of the two of them does it. Just get it done!

Now, if anyone needs me, I’ll be signing up to volunteer for House and Senate candidates in my state. We’ve got some down-ticket races to win if we want a Dem majority in Congress. That’s the best bulwark against a Trump Tsunami. Checks, balances, and an electorate who gets the vote out in November.

If you like this article, please share it! Your clicks keep us alive!
Tags
Ted Cruz
donald trump
Election2016
GOP